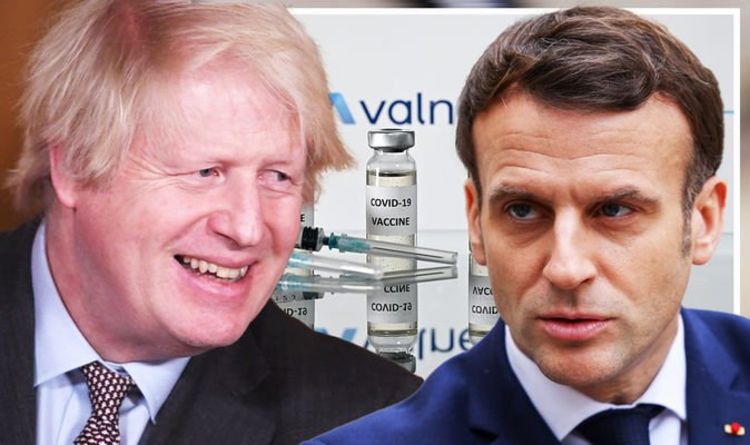 Last week, it was revealed the Valneva Covid  will be made available to the UK first after the and President failed to pre-order doses. The jabs have al Britain has reportedly secured an order for 190 million doses over five years, with the first 60 million of the 100 million doses set to continue into the first quarter of next year, with the rest also due for delivery in 2022.

UK authorities also have the option for a further 90 million doses to be delivered between 2023 and 2025 that would bring the total value of the order up to £1.2billion.

But in what has proved to be a major source of embarrassment for the EU and France, no deal was agreed with Valneva to deliver vaccine doses to the bloc.

Talks between the parties got underway at the start of last year but collapsed on the grounds “the French company had not fulfilled the conditions” for marketing in Europe.

Now the latest humiliating failure from the EU and France has been brutally mocked by one leading Frexit campaigner. 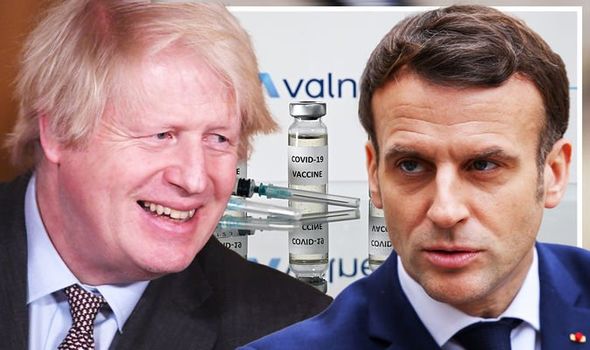 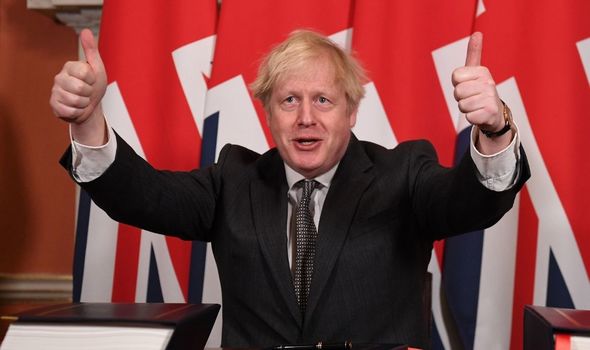 Patrice Cali, a leading figure of the eurosceptic Union Populaire Républicaine (UPR), raged on Twitter: “Valneva (traditional vaccine, not RNA), a French success….in the United Kingdom, thanks to Brexit and banned in France because of the EU!”

“Valneva, a beautiful Nantes biotech, had everything to be the first to offer a French vaccine to Europeans.

“It is done, but for Great Britain… who has left the EU!” 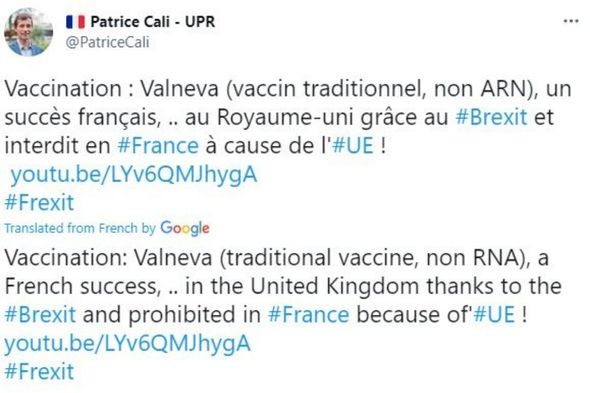 Christelle Morancais, President of the Pays-de-la-Loire region, tweeted earlier this year: “It’s such a waste to see Valneva vaccines go to the UK.

“The British rolled out the red carpet for them, but France didn’t.

“It is time to show more responsiveness, flexibility and simplification!”

Speaking in April, after Valneva had called off the talks with the EU, the firm’s chief executive expressed his frustration having gone “in circles” without progress. 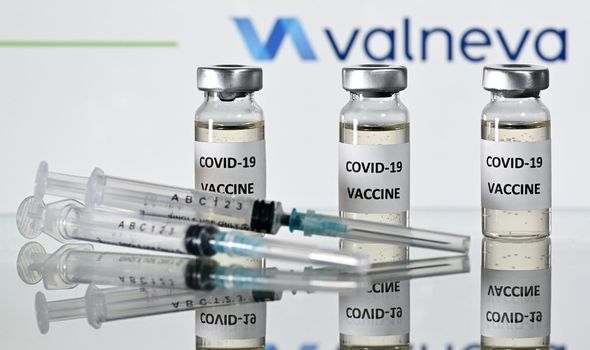 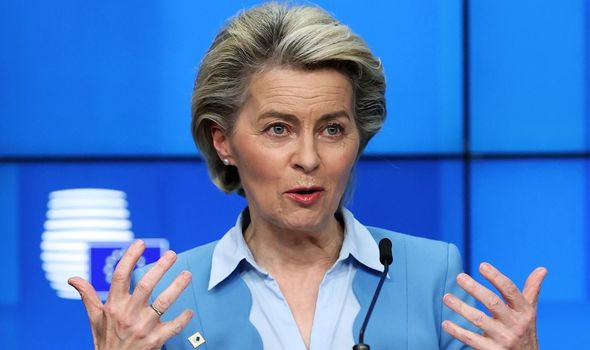 Just weeks later, 12 EU member states, including France, suggested they wanted to order vaccines themselves rather than through the bloc’s procurement system.

He added: He added: “We believe that our inactivated vaccine can make a major contribution to the ongoing fight against the pandemic and remain committed to bringing it to market.” 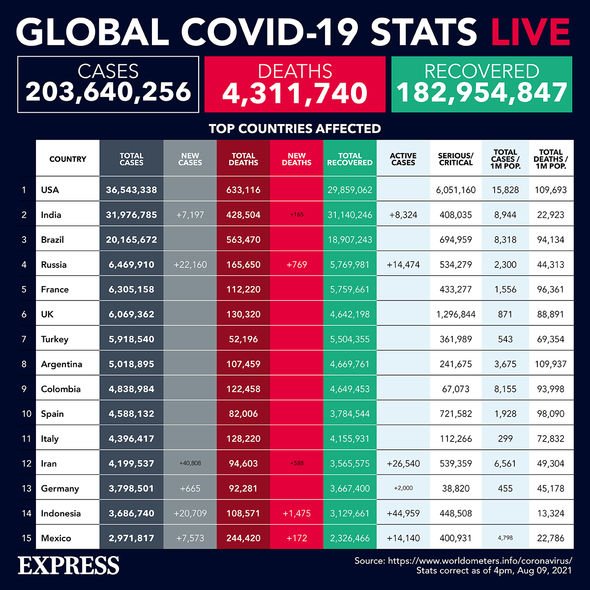 Paul Hunter, professor in medicine at the University of East Anglia and specialist in infectious diseases, said: “The question is, who’s it for, because we’ve ordered more than enough Pfizer vaccine to vaccinate everyone [in the UK] in the autumn.

“I suspect we’ve done it so we can get it up and running and donate it or sell it to other countries down the line.”

What makes a country great?