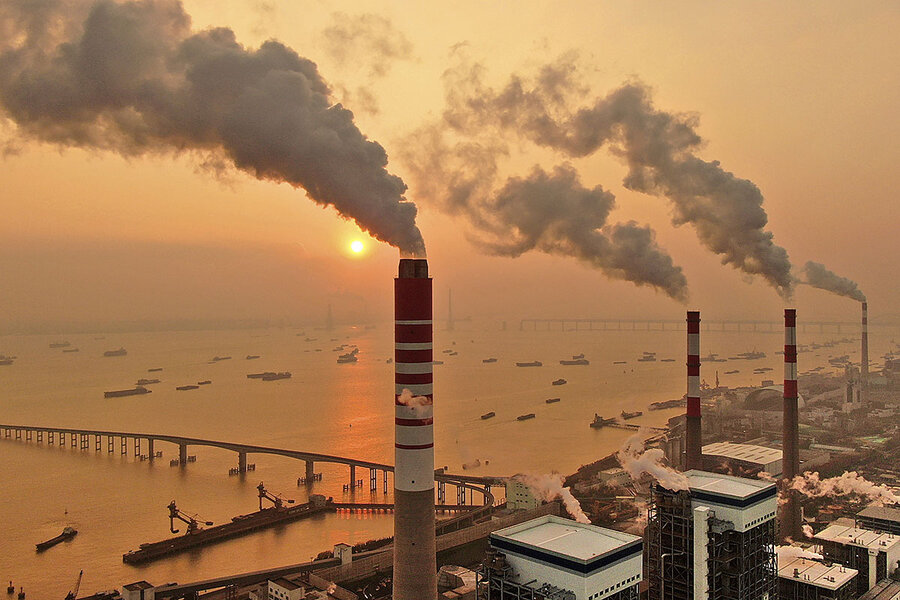 On a carbon market (also known as an emission trading system, or ETS), emissions credits are bought and sold at market prices. Governments authorize the number of credits that are available to trade. By decreasing the number of credits, regulators push up the price of carbon and incentivize polluters to emit less.

The world’s 64 carbon trading markets and carbon taxes combined cover 21.5% of global greenhouse gas emissions, up from 15.1% in 2020, according to World Bank data. Much of the increase is due to China’s launch in July of its national ETS, now the world’s largest carbon market.

How does China’s carbon market compare?

China’s ETS – nearly a decade in the making – covers about 30% of its annual greenhouse gas emissions, or 4 billion tons of carbon, spread across more than 2,000 power companies. The market is a step forward for Chinese leader Xi Jinping’s goals of reaching peak carbon emissions in 2030 and net neutrality by 2060. China produces about 28% of global emissions of carbon dioxide, more than any other country.

China’s ETS market differs from other countries’ in scope and design. It initially covers only coal- and gas-fired energy plants, with a plan to expand to other industries. More mature markets such as that in the European Union include industries such as construction, steel, and transportation.

Crucially, it puts a price on carbon intensity – how much is emitted per unit of energy generated – not the absolute level of emissions that regulators use in Europe, Canada, and other jurisdictions. This means overall levels can still continue to rise in China.

“China’s market is still mostly about carbon intensity rather than a real cap,” says Ma Jun, director of the Institute of Public and Environmental Affairs in Beijing. This reflects Beijing’s priority of maintaining economic growth, while laying the groundwork for future overall carbon cuts. “This will send a clear signal that the free emission of carbon will … end,” says Mr. Ma.

As with other carbon trading markets, China’s new national ETS opened in July with a relatively low trading volume and price level – only $7.4 per ton – that is not likely to have a significant impact on its short-term emissions, say Chinese environmental experts. Prices are significantly higher in more developed ETS markets – from $57 per ton in the European Union to a high of $126 in Sweden. The Paris accord recommends a price above $40 per ton to achieve carbon reduction goals.

China’s ETS has other weaknesses. Many carbon-intensive industries are not yet covered, fines for non-compliance are low, and reporting and enforcement have been problematic in pilot programs. “All this needs to be improved. It’s going to take time,” says Mr. Ma.

And while Mr. Xi has shown a top-down commitment to tackling climate change, “big power plants continue to be part of China’s development,” says Yanzhong Huang, author of “Toxic Politics: China’s Environmental Health Crisis and its Challenge to the Chinese State.” Still, as more extreme weather hits China, growing public awareness of the causes and impact of global warming could generate pressure for change, as it did with air pollution, he says.

China’s Wuhan to test ‘all residents’ as COVID returns