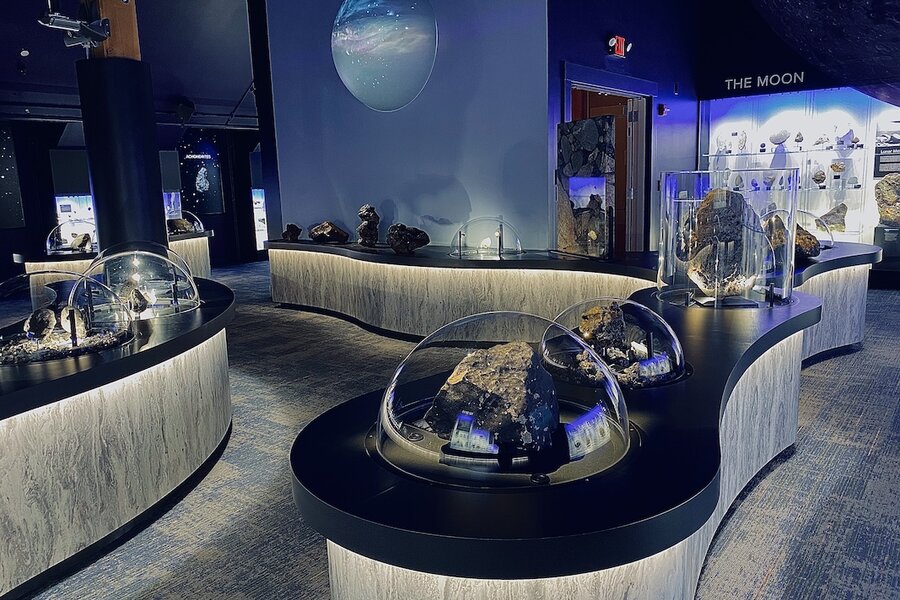 Those who can’t race to the moon can go to the next best place: Bethel, Maine. As odd as it sounds, this small town is home to arguably the best collection of lunar meteorites on earth.

The Maine Mineral & Gem Museum (MMGM) holds the five largest pieces of the moon ever discovered – more than the world’s top 10 science museums combined, according to staff.

The museum was founded by Larry Stifler and Mary McFadden, a philanthropist couple known for their conservation work in western Maine. The idea for MMGM traces back to 2005, when locals convinced the family to purchase the shuttered Bumpus Quarry Mine. Over several years, the couple’s humble plan to preserve the county’s mining heritage grew into a world-class research museum that explores the geological histories of Maine and our solar system.

Celebrated meteorite dealer Darryl Pitt played a key role in the transformation, helping the museum acquire a majority of its current space rock collection. This includes the 128-pound specimen NWA 12760, which landed in the Western Sahara after being ejected from the moon by an asteroid collision. For comparison, the largest lunar sample acquired by NASA from the Apollo program weighs nearly 26 pounds. Mr. Pitt purchased the record-breaking meteorite from a Mauritanian dealer in 2017.

Since opening on Dec. 12, 2019, the museum has been forced to close twice – first due to COVID-19 and again after an HVAC leak flooded the building – but it’s now welcoming visitors once again.

That’s good news for Savannah Sessions, executive director of the Museums of Bethel Historical Society, which runs two historical houses and an educational center in town. She says MMGM is helping turn Bethel into a “museum town” with “a great synergy between a bunch of organizations.”

“I’ve seen lots of people coming in with their stickers from visiting the mineral museum,” she says, “and we always send people down there. … I do think the ball is starting to roll.”

MMGM tours begin with a comprehensive history of Maine mining, featuring shelves of homegrown gems from quartz to beryl to tourmaline. Guests end with the Stifler Collection of Meteorites, which includes a sample of the Black Beauty meteorite from Mars and pieces of the giant asteroid Vesta, in addition to massive lunar rocks.

To the MMGM team, moon rocks and mining are a natural pair.

“It’s all geology,” says Mr. Pitt, chair of the museum’s meteorite division, in an email. “[MMGM]’s a place Mainers can proudly refer to as providing a picture of home – but so can all citizens of Earth.”