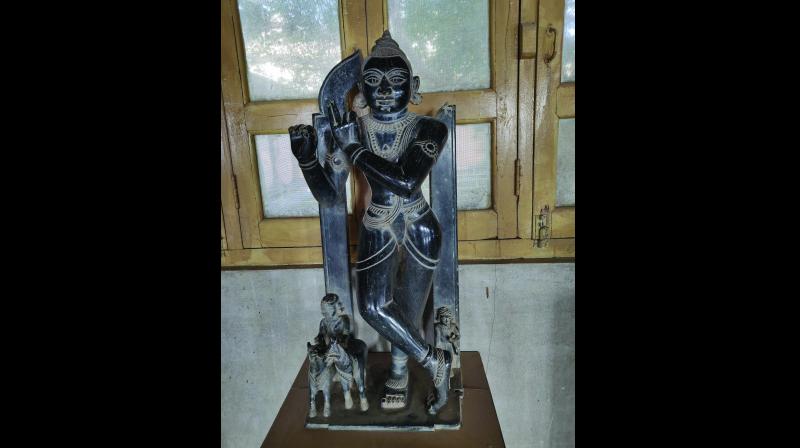 Who does not know of the Koh-i-Noor Diamond? Believed to be one of the world’s largest cut diamonds, it was one of the many treasures that were looted from India. The list of stolen Indian artefacts is long, and most of it is unknown.

India has a rich heritage with diverse cultures and a variety of art and sculptures. The artworks which have been returned to the country constitute only a drop in the ocean of what has been smuggled out of India. “I understand most of these objects are as old as 2,000 to 2,500 years. If we look at our colonial past and the post-Independence era, over a period of 200 years innumerable priceless pieces of art which form a valuable part of our culture and heritage have been stolen or misappropriated,” says Hiral Mehta, Founder, House of Hiral.

The news that the National Gallery of Australia in its single largest repatriation of art, has decided to return another 14 artefacts to the Indian Government has spread happiness in times of despair. “Many of the articles were likely stolen or removed illegally from India. As an art curator, I feel jubilant, as the priceless artworks will enrich our cultural scene with their eternal beauty and historical significance. The plundered artworks worth three million dollars, which include paintings, sculptures, six photographs and a painted scroll will add to the wealth of our nation,” says Priyanka Banerjee, Artist, Art Curator & Art Critic.

From 1970 to 1977, almost 3,000 antiques thefts were reported in India. UNESCO transported nearly 50,000 items out of India during the same decade. Between 2014 and 2020, India was able to recover 40 artefacts, with another 75-80 on the way. “This is a long battle, but we are committed to reclaiming what is rightfully ours. Thirteen antique pieces were returned to India between 1976 and 2014, while 40 art objects were returned between 2014 and 2020. Continuous efforts are being made to reintroduce our traditional cultural art. This art will push the other art forms that have been forgotten,” says Raghuram Kuchibhatla, Founder and CEO, Yes!poho.

Dr Meenu Kumar, Director, Cosmo Arts (India) stresses that “art reflects the values and cultural heritage of any country; it translates experience across time and space. Art is not only the mirror of society but it’s also a vehicle for social change. So, art and artefacts are rooted in history and at the same time act as a catalyst for social change.”

Most countries cite numerous reasons to block the repatriation of artefacts. But the underlying reason is the fear of emptying their museums. However, in the past, many artefacts have been received back by India from Australia, UK and the USA. Rakesh Gupta, Founder, Routes 2 Roots avers, “it is a very welcome development for India, as historically important artefacts have found their way into many countries, and it is vital for India to retrieve its stolen glory. The return of artefacts from the Australian National Gallery paves the way for other countries to follow suit. We are sure that with diplomatic efforts, India can retrieve all its stolen glory.”

Brijeshwari Kumari Gohil, Vice President and Curator, Prinseps Auction House, Mumbai, adds, “there are different scenarios where repatriation of a cultural artefact may be pleaded for. The repatriation case for artefacts that are creations of a culture that can quite easily be traced to an existing, descendent culture are classified as Category One. An example of this would be the Elgin marbles, where the current inhabitants of Greece can roughly trace back their culture to the culture of the creators of those marbles. Then there are artefacts which are possessions that have not really been created by any culture as such.”

Artists believe that India’s cultural heritage must be preserved to protect the country’s artistic past and ensure a greater appreciation of the art world. “I suggest that educating ourselves and our society would be helpful in ensuring alignment on the issue of unlawful antique dealing. All cultural stakeholders like our government, law agency, art institutions, galleries and museums need to come together to educate people and create awareness through seminars and discussions. Hoping that India will soon implement a strict disciplinary system and laws addressing the Arts and Antiquities to control the loss, as India still has a large treasure of antiquities spread out all over the country,” says Dr. Gunjan Shrivastava, a professional artist, educator, art critic and Co-founder of You Lead India Foundation.

Amrita Deora, Founder & CEO, The Designera, adds, “every historical art creation carries immense cultural significance to the country it originates from. Historically, India has been a victim of colonisation. Over the years, our historical treasures and art were looted by Mughals and the British. The uphill battle continues for the repatriation of stolen art to India. Although we have taken notable steps in the right direction, the quest to repatriate our invaluable pieces continues.”

Musi remains among the most polluted river stretches

International Cat Day: 9 things you only know if you’re definitely a cat person