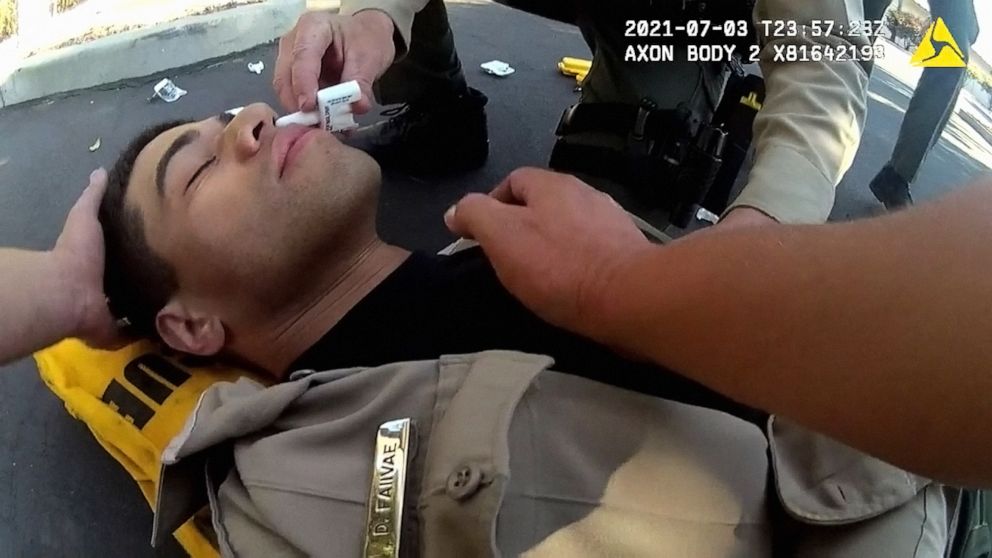 The San Diego County Sheriff’s Department released body camera footage of the crucial moments in which a deputy saved another’s life after he was overdosed from fentanyl exposure during an arrest last month.

Deputy David Faiivae was a trainee at the scene of the arrest on July 3 when he was exposed to the deadly opioid, Field training officer Cpl. Scott Crane says in the video. He said that Faiive was exposed to the fentanyl while processing evidence during their first call of the day.

“He found a white substance that he suspected was drugs,” Crane said in the video. “I was like, ‘Hey dude, too close. You can’t get too close to it.’ And a couple seconds later, he took some steps back and collapsed.”

The bodycam footage showed Crane administering naloxone, also known as Narcan, to Faiivae. The FDA-approved drug is meant to counteract the effects of an opioid overdose.

“I remember not feeling right, and then I fall back and I don’t remember anything after that,” Faiivae said in the video. “I was trying to gasp for breath, but I couldn’t breathe at all.”

The video was released by the San Diego County Sheriff’s Department to promote public safety and highlight the dangers of Fentanyl.

“It’s an invisible killer,” said Crane. “He would have died in the parking lot if he was alone.”

Whose art is it? US museums reexamine their African collections.

United Airlines to require COVID vaccinations for all US based employees