had to repair Cameras, web cameras, car recorders.
Now the client has brought a camera slightly liable in a damp place. It works every other time and there are traces of moisture on the screen. As I have already said, I don’t take into the repair cameras those who have suffered from corrosion or a humid climate.
But .. but .. this is an acquaintance of an acquaintance of our director.
Okay, I’ll try to revive the sufferer.
Looked at my warehouse – there is a display , in corrosion somehow I will fight. Moreover, the camera works slightly, moves.
And so what do we have in the Taiwanese corporation Genius.
You obviously know her well from computer peripherals.
A little information.
Taiwanese company KYE Systems Corp produces a large block of computer peripherals.
main production is located in China.
KYE Systems Corporation started in Taiwan in 1983, developed so dynamically that the next year products began to be exported abroad.
An interesting transformation of the logo in 1985 looked like this.
The following year, 1986, the company broke into the US market.
After 3 years, she opened offices in the UK and Germany.
Achievement of the company can be considered a system that recognizes Chinese characters and an innovative mouse with a wheel. Which has become a kind of standard. 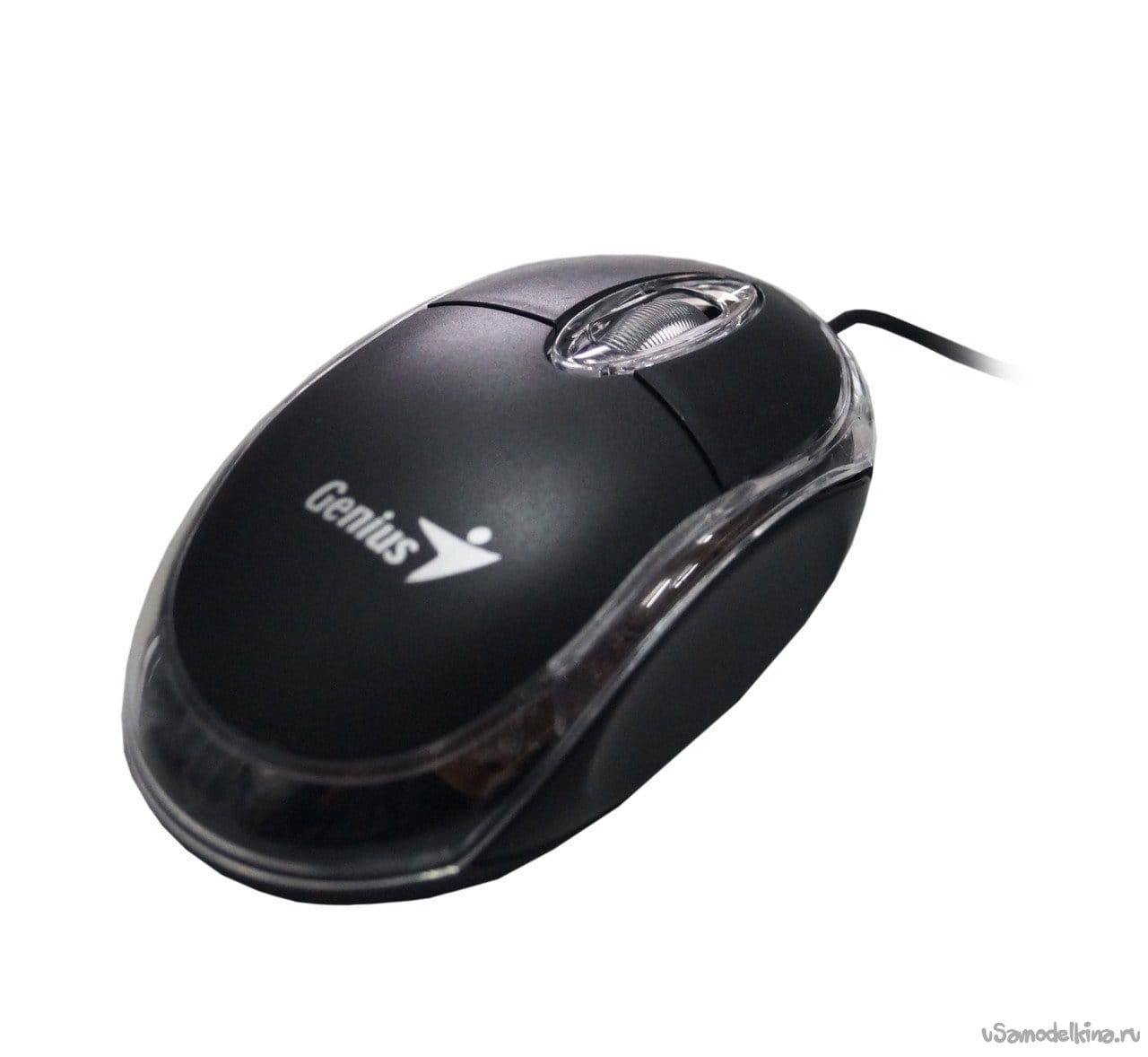 Currently, the corporation is now producing a lot of interesting things. 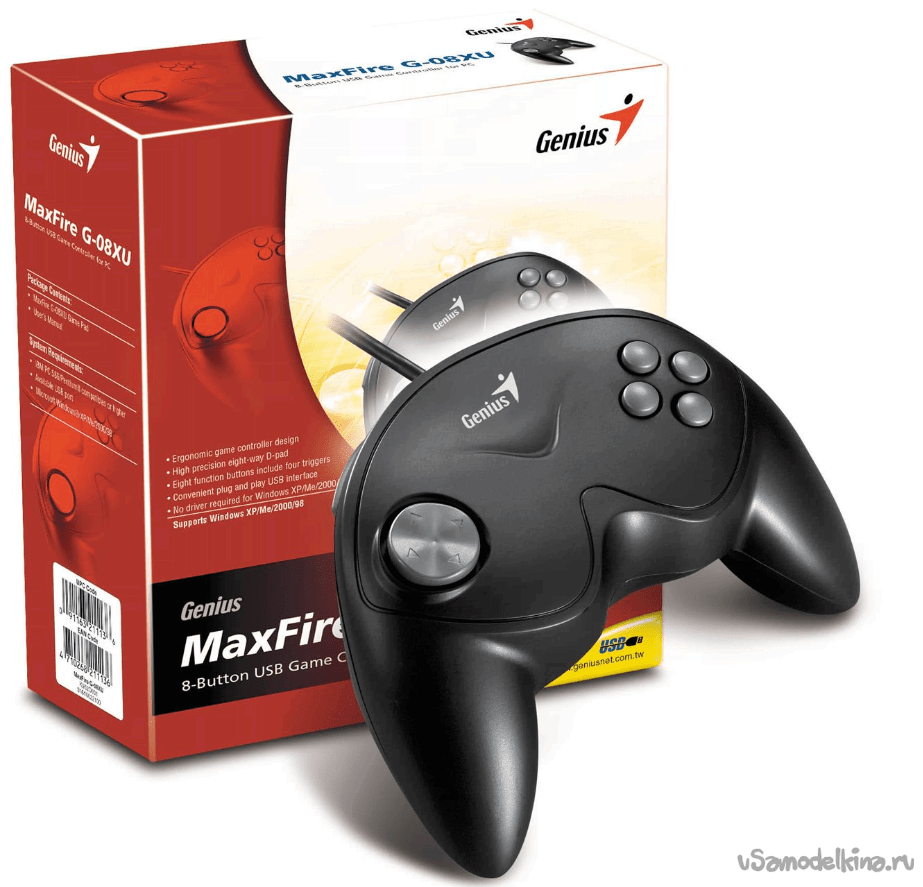 Such a good movement in the capitalist market. And awards and medals, too.
Sorry, a little distracted, and what about our sufferer?
A rather complex unit was released by the company. Zoom lens, everything already looks like a camera, and not a web camera.
I will try to finish the repairs faster, to clear up time for other orders.
Girl Svetochka brought a camera to my table with the phrase “friend of the boss, again subbotnik”!
Hinting that there will be no payment again.
I still write the price and terms in the order. It will show who owes whom and how much. 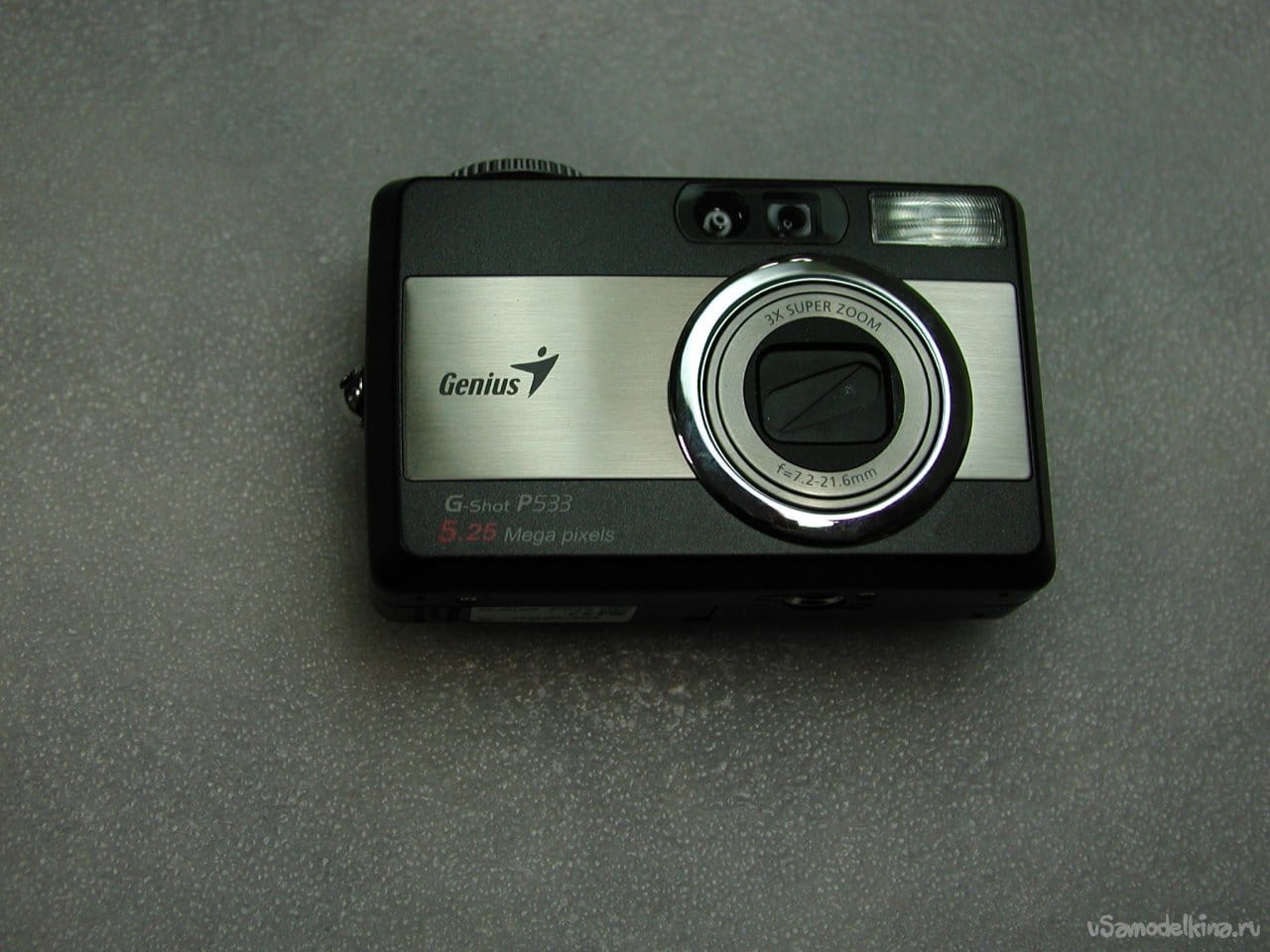 Prepared the tool.
Screwdriver.
Tweezers.
Opener.
Discharger.
Beginning to cheerfully unscrew the screws securing the body panels.
Bam, the front panel is removed .
What a nice picture, the screen protector completely covers the main board. And why all this splendor? Plastic case from the inside.
At the top left, a blotch from the film covers a couple of contacts of the flash capacitor. Carefully I take off the film and poke it with a discharger. 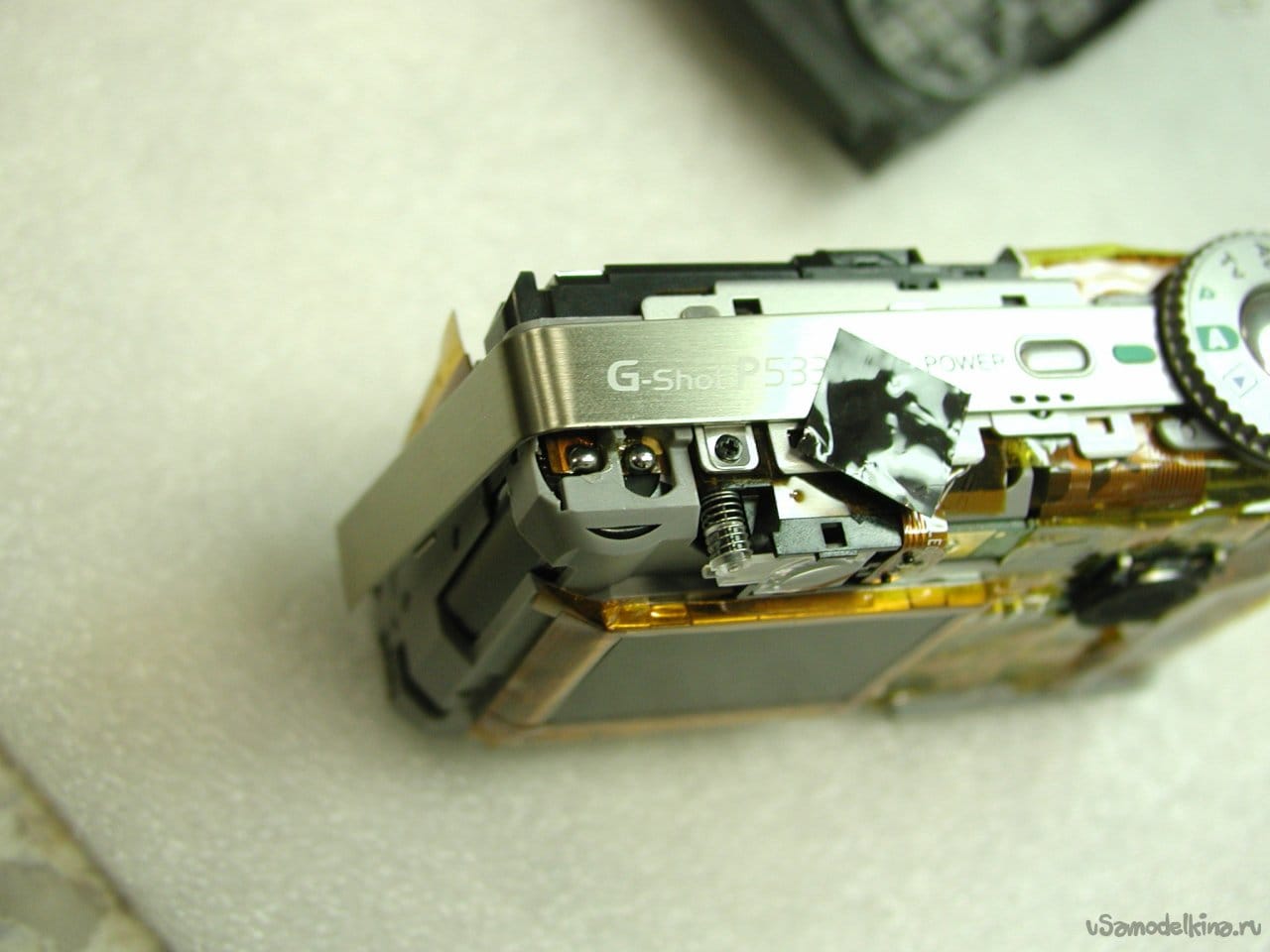 You can continue to disassemble the top panel with control buttons. I unscrew the fastening screws. 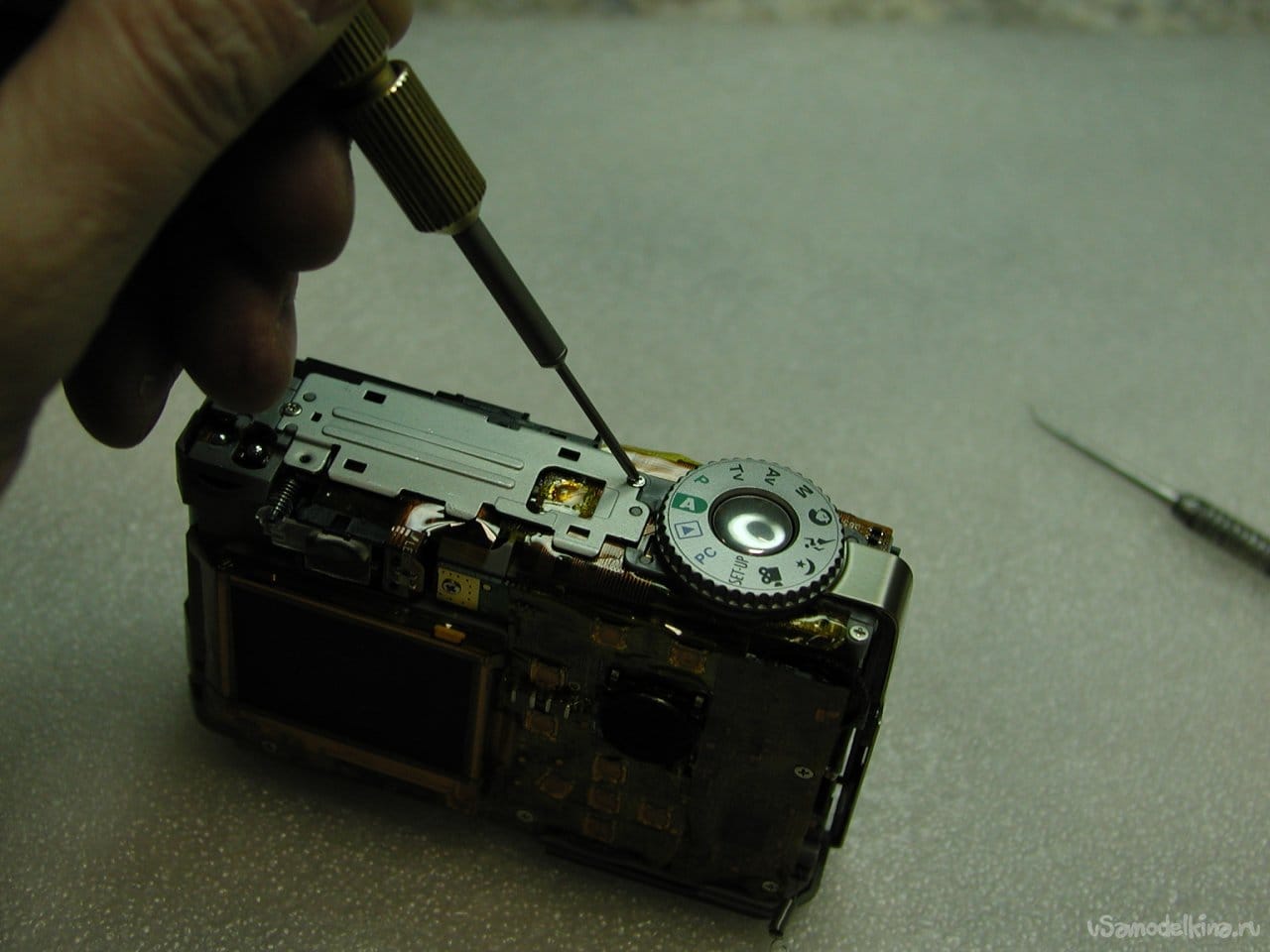 And now I see the release button and the sector of contact tracks for the zoom extension control.
< img class = "aligncenter" alt = "Cleaning from corrosion and replacing the camera display Genius P-533" src = "https://usamodelkina.ru/uploads/posts/2021-08/1628415397_p1010007.jpg"/> And the belly of the upper lid.
A powerful system of gears opens, all this magnificence moves the lens and at the same time the viewfinder lens proportionally enlarges the image. 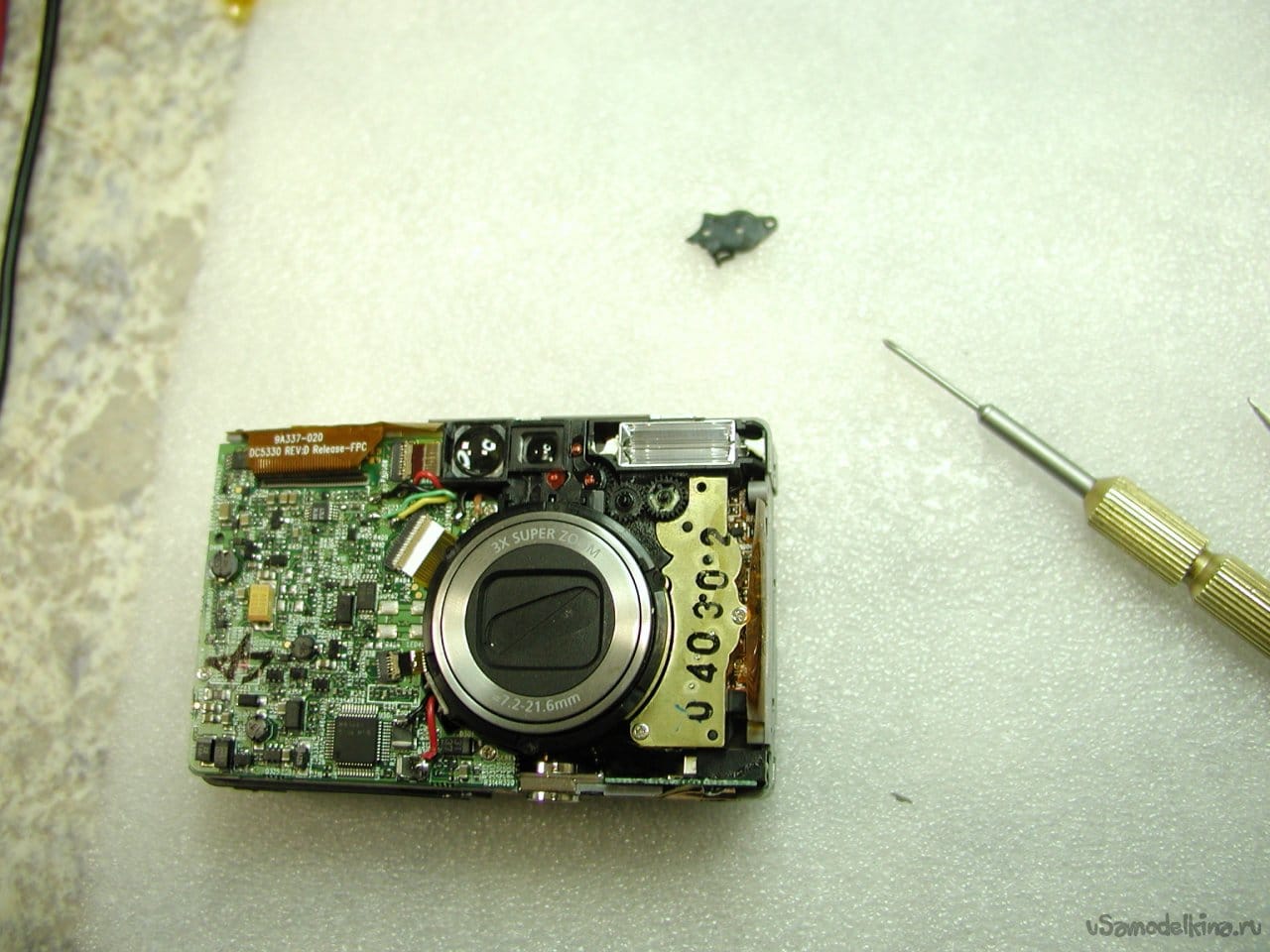 Slightly disassembled all the wheels. One gear is damaged. This is bad, there are no such products from Genius. If you cannot find something similar, the repair will not be completed.
There is such an interesting box.
Lucky, I found the same one. I put it in place and close the gearbox with a cover.
You need to remove the display and the rear control board. 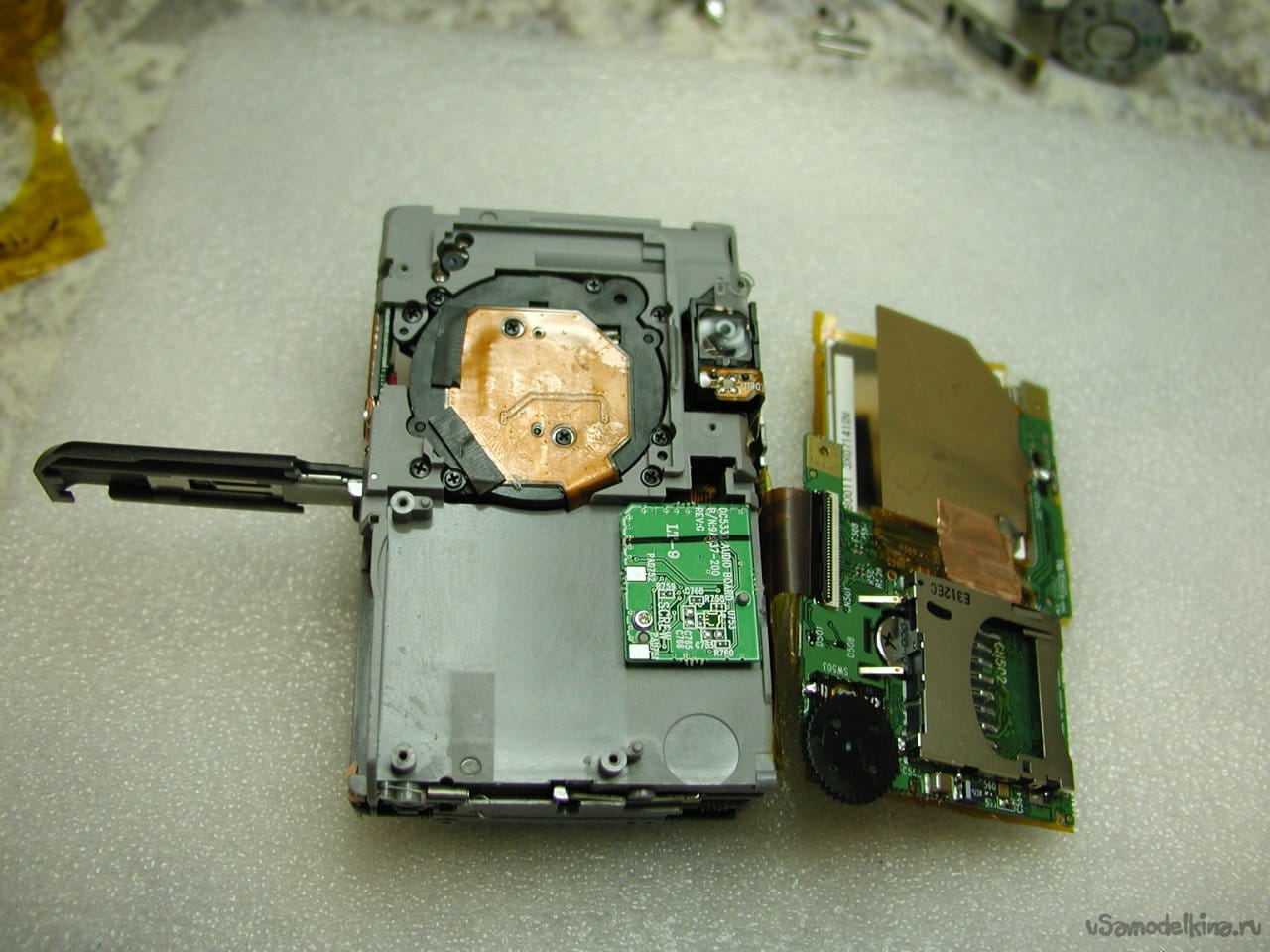 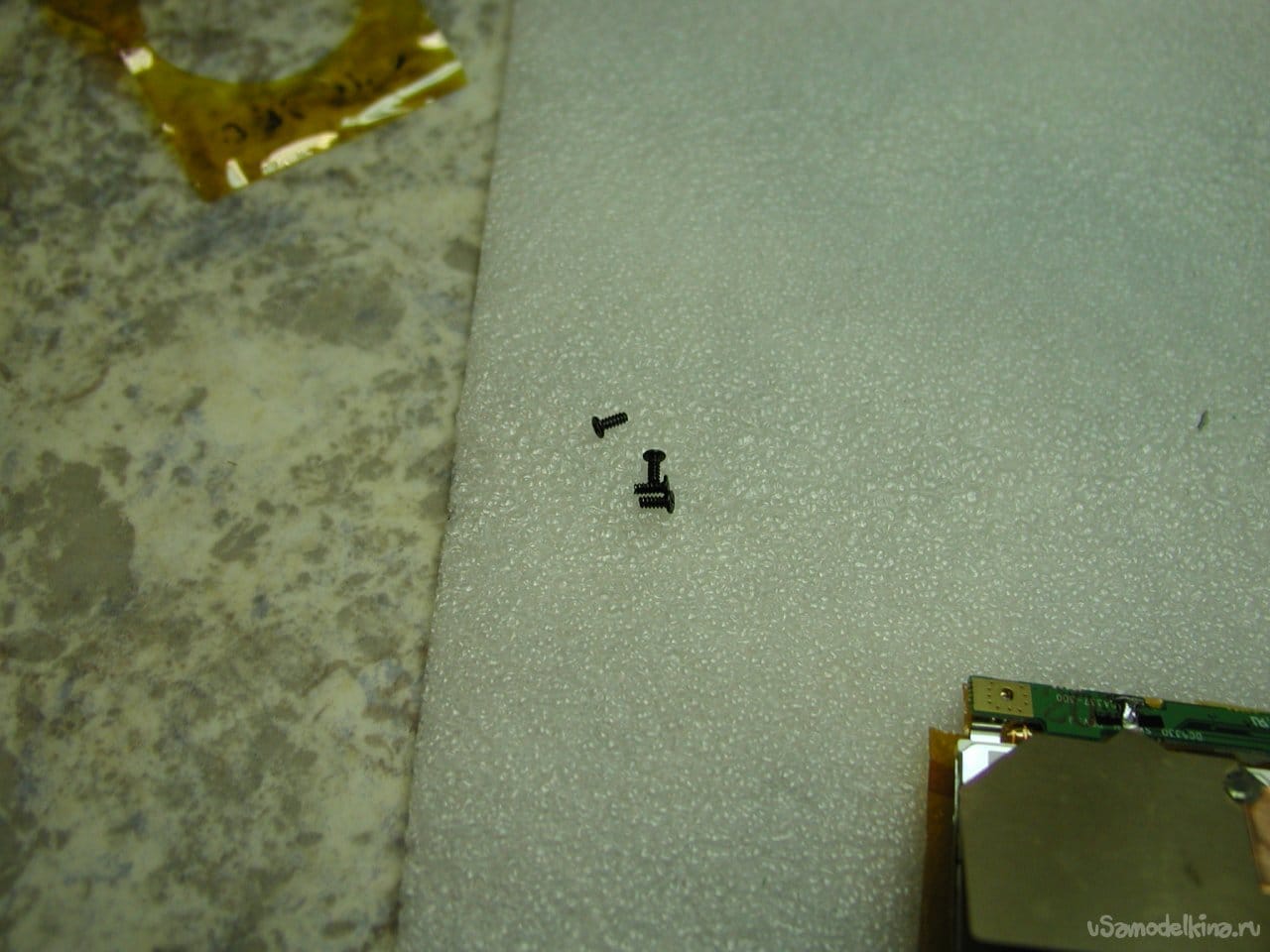 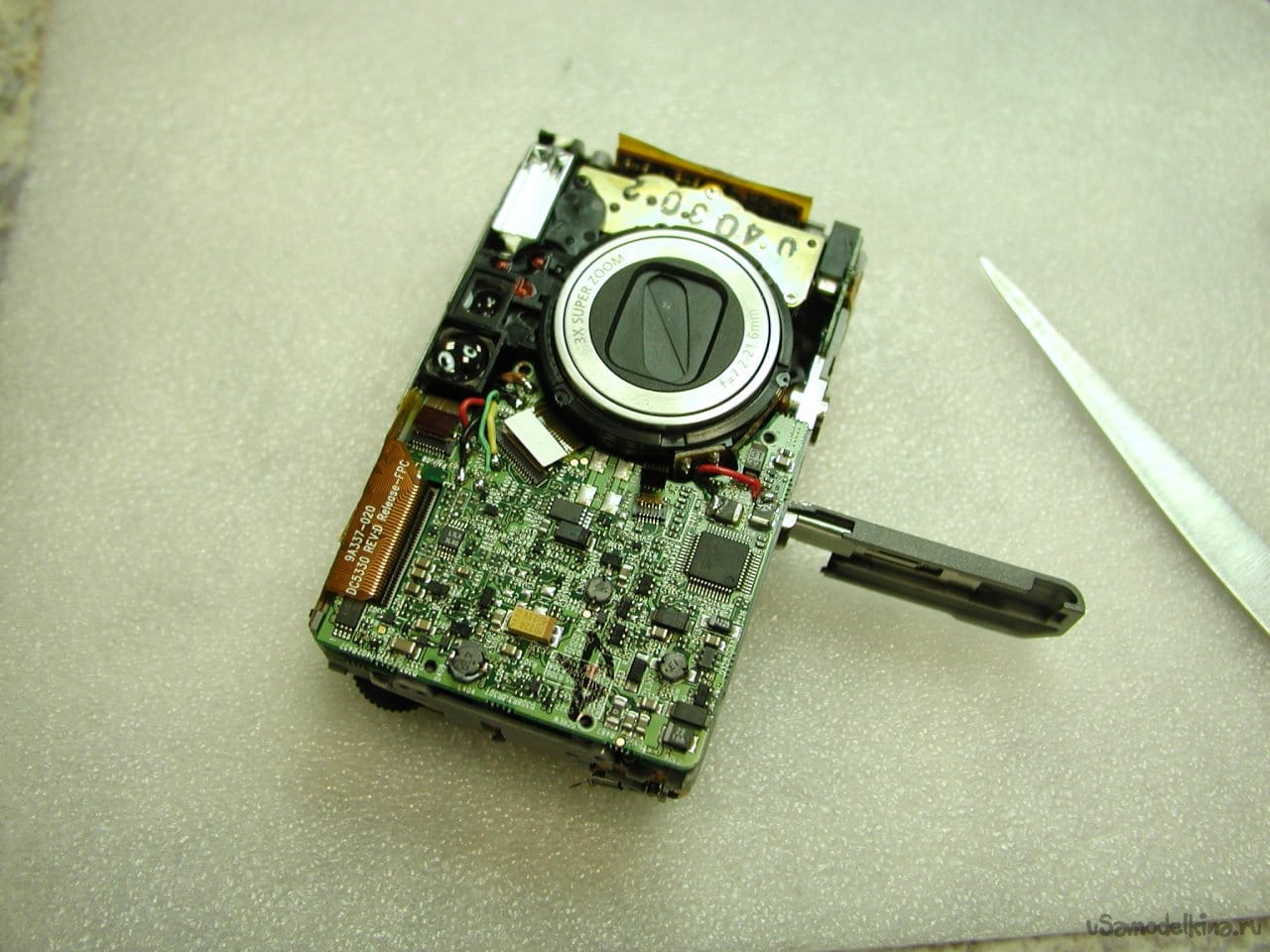 There is light corrosion on the boards, I wash it with alcohol, pay special attention to the loop contacts and connectors. 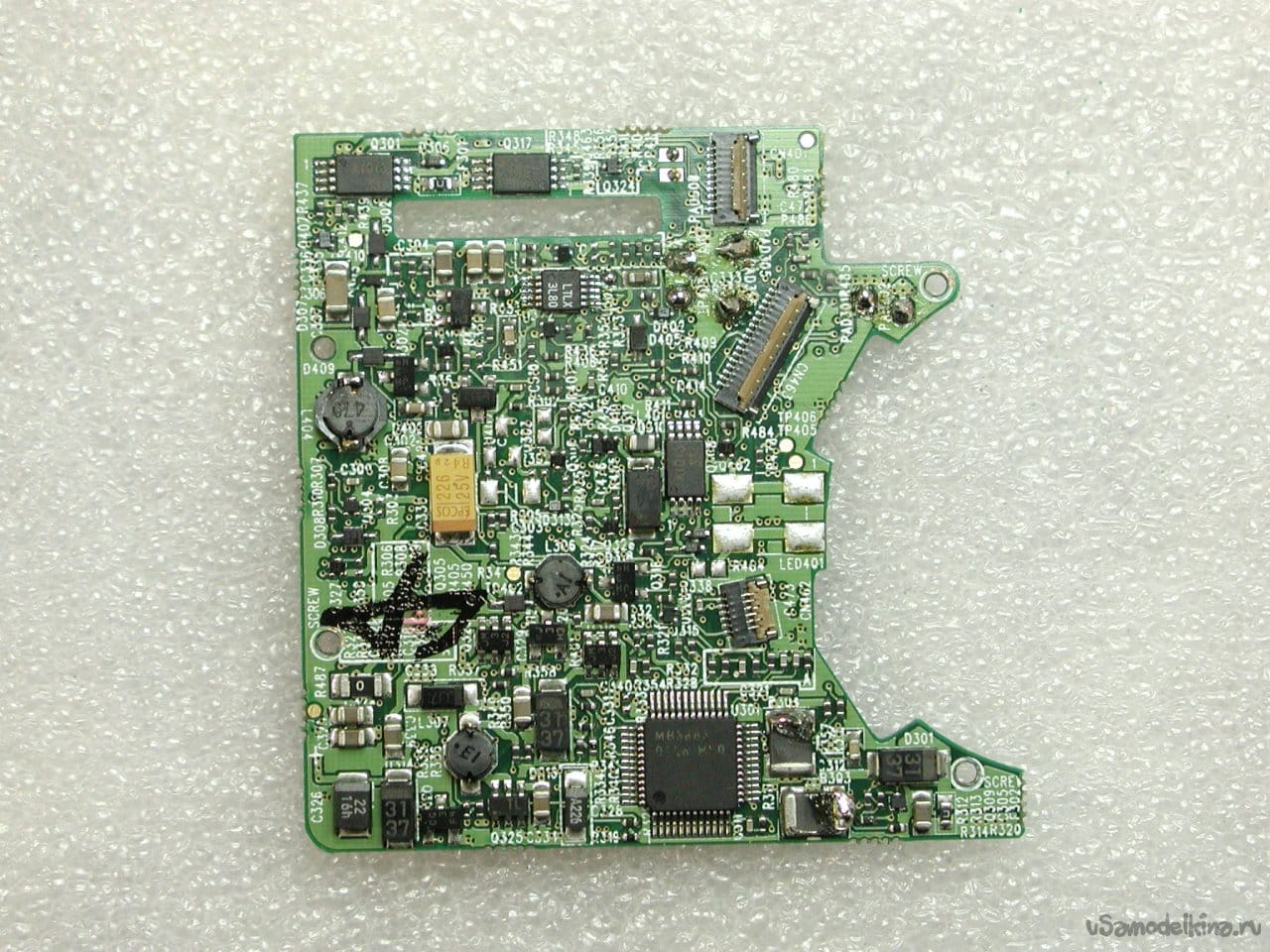 Lucky that the sensor and lens were not damaged by moisture, you don't need to disassemble.
Now I'm going to do the display. Taking pictures.
The back board with a memory card slot, I will also rinse it with alcohol.
I climb into a box with displays. (By the way, these are my spare parts, not a service at all).
collect.
Twisted, turned on, works. According to the tests OK!
All the adventures took half an hour.
About “subbotniks”.
My commentators already know how evil and harmful I am.
I repaired devices, kettles, lamps, toys and a lot of everything from the boss, then from his acquaintances, wife, children and all relatives to the fifth knee. “from friends” as renovations. I set the terms and price.
There were not only table lamps and curling irons with hair dryers, but also “heavy” cameras with complicated repairs.
After a couple of months I collected papers and went to a rendezvous with the chief.
We are in business with you (like partners, I work, you manage), see how much money the service lost, I’m in the salary and you are in profit.
The bosses thought for three days.
The next meeting was held in a constructive manner. < br> The sum of my salary was given to me right in my office.
Discounts and benefits for repairs “from friends” were agreed upon, and they parted with a handshake.
I haven’t met such leaders in recent years of work for capitalists.
A small bonus.
Again about the compatibility of displays of cameras Casio.
Casio EX-H5, EX-Z350, EX-Z16; Agfa Compact 102,
Casio EX-S500, EX-S600
Casio EX-S770, EX-S880, EX-Z1000; UFO DC7330, DS700,
Casio EX-Z1050, EX-Z1080
Casio EX-Z19, EX-Z9
Casio EX-Z3, EX-Z30, EX-P600, EX-P700, QV-R61 , EX-S100, EX-S3, EX-Z4, EX-Z40, EX-Z50, QV-R51
Casio EX-Z5, EX-Z6, EX-Z7, EX-Z70
Casio EX-Z500 , EX-Z600, EX-Z700, EX-Z699
Casio EX-Z65, EX-Z8, EX-Z11, EX-Z12, EX-Z75, EX-Z77
Casio EX-Z750, EX-Z850 The question/topic is automatically published in the social. site network – follow the answers there too:

How to make a water level sensor