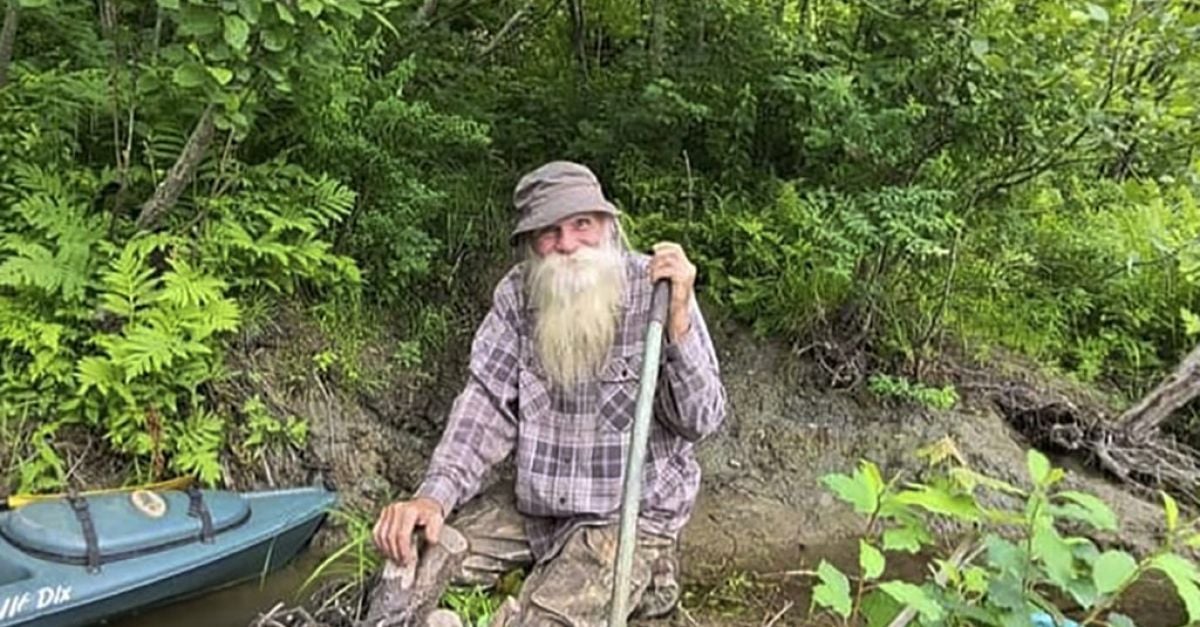 An off-the-grid hermit known to locals as River Dave, whose cabin burned down on the wooded property in the US where he was squatting for 27 years, has said he is grateful and overwhelmed by fundraising efforts and offers of a place to live.

“I feel about as good as I ever have in my life,” David Lidstone said in an interview with the Associated Press, saying he has many friends.

The 81-year-old added: “I live down there in the woods because I like being alone, being away from people, so this publicity is not anything that I’m used to at all.”

Mr Lidstone lived in the woods along the Merrimack River in the New Hampshire town of Canterbury.

He was jailed on July 15 on a civil contempt sanction and was told he would be released if he agreed to leave the cabin.

A fire destroyed the cabin on Wednesday, hours after Mr Lidstone defended himself during a court hearing.

He was released on Thursday from jail after a judge ruled that he would have less incentive to return to “this particular place in the woods” now that the cabin had burned down.

The state fire marshal’s office is investigating the fire.

Mr Lidstone, who is currently staying with friends, said he tried to go back to the site to collect some things, but was told he had to go to police first.

“The main thing I wanted out of the whole thing was my Bible,” he said.

“Hopefully, Canterbury police took it home. … I had the keys to camp and the camp’s just ashes. So I have the keys to God’s heart, and that’s all I got.”

The woodlot Mr Lidstone called home was just a few miles away from Interstate 93, north of the capital city of Concord.

But it was hidden by the trees – it is on 73 acres that have been used for timber harvests.

The property has been owned by the same family since 1963.

There are no plans at this time to develop it.

Mr Lidstone had said a prior owner gave his word years ago that he could live there, but had nothing in writing.

He later disputed that he was even on the property.

“It looks to me like now I may never set foot on that piece of land again,” he said.

Still, he wants to be able to prove he was right, and wants to get a surveyor on the property.

Another hearing is scheduled for Wednesday.

Jodie Gedeon, an avid kayaker and advocate for Mr Lidstone, said there has been discussion of setting up a trust for him, in addition to finding him a home.

There have been at least 20 offers for him to relocate to another plot of land, from California to Maine.

“David, pick where you want to live, and we will get you set up before winter.”

Fires continue to rip through Greek island as residents, other countries jump in to help

Australia expands Covid-19 lockdown over concern of spread to countryside