An easily accessible horizontal surface for residential premises, and even more so for a workshop, is an overvalued resource. Its ample amount and thoughtful location is an everyday convenience. A workspace that causes comfort is a factor that is valuable for any craft, and three times as valuable for artists with their inherent fine mental organization.
Some reorganization of the inner space of our country house allowed us to free up a large corner at the eastern window for the creative exercises of my (wife, daughter) artists. There is enough free space for a large table and easel, sunny side, a good view from the window (mental organization, inspiration), in a word – a sharman. However, the aforementioned large table still had to be designed and made. Film So.
The table will be quite large (long) to fill the space along the outer wall, under the window. Standard width – about 800 mm, height – for sitting, about 750 mm. The main difference from similar designs is the specific arrangement of numerous internal shelves for convenient storage of art supplies and mainly large (up to A1) formats – paper, Whatman paper, finished works. It is better to store them horizontally, flat and in very low piles – it is more convenient to sort, look for what is needed, and in addition, works made with the use of many materials, especially dry pastels, coal, are rather delicate – they crumble even after processing with special fixatives. They are stored in folders by shifting with tracing paper sheets.
Among other points, some technical ones are the coating of the working surface of the table – linoleum. Practice has shown its convenience and practicality as such. Linoleum should be without corrugation and, if possible, not insulated. Again, these varieties are significantly cheaper. The design of the table can be simple, but certainly collapsible, so that you can take it out of the house in parts and assemble it in a new place – in the future, it is planned to build a separate room for the workshop. My artists also opposed the decoration. So.
What was needed for the job.
A set of carpentry tools. Everywhere you can get by with a simple manual one, but it is faster and more accurate with the use of even simple household-class machines. Here I used a circular saw and a tabletop planer, a pendulum (end) saw, an electric hawk. Drilling, screwing in self-tapping screws – screwdriver. Layout tool.
Materials – dry board “inch” of conifers, fasteners, PVA wood glue, old laminated boards left over from disassembling old-regime panel furniture, a suitable piece of linoleum as a “red cloth”.
To business.
The design of the table in a square-nesting spirit, made of thin planed coniferous planks. The cover is made of the remains of the mother-in-law “wall” of the times of the USSR.
All wooden parts were made in a similar way – suitable boards were selected or their trimmings. Mostly there were edged boards or other blanks with a relatively flat edge. Referring to the list of portions of parts, using chalk and a tape measure, he marked out the blanks, if possible, without large and dry knots, large cracks and other noticeable defects. With a hand-held electric circular saw, I cut the workpieces to the desired length.
His universal “Mogilev” was transferred to the “planing machine” position and processed blanks to the required thickness. At the same time, I collect the shavings in a trough of a substituted garden wheelbarrow, and from there I fill bags with them – in my farm this is a strategic material – a filler for a composting toilet.
I move the universal machine to the “circular saw” position and, if necessary, cut the planed workpieces in width.
In the external, responsible details, I once again planed the sawn surface, in the internal I limited myself to sandpaper.
On an end saw, I cut long workpieces to size, walked over the pieces of wood with sandpaper. Transferred the workpiece to the object, installed it. I took measurements for a new batch of pieces of wood. At the same time, large parts of the table frame had to be made starting from a large workpiece – 6 m boards from the sawmill, while small ones were often in the trash, scraps, almost finished.
First of all, I assembled the base of the table – “roof cover” with legs (Photo 1, 2, 3). I picked up the blanks, processed them, assembled them for self-tapping screws and glue. The self-tapping heads are open and the whole structure looks neater when placed symmetrically or of the same type. I drilled a hole for each self-tapping screw, at least in the upper part. The legs of the table (Photo 3) are made of two narrow planks each, fastened end-to-end with glue and self-tapping screws. They are attached to the frame with eight screws with glue, each and strengthen the corners of the frame, withstand significant loads, do not require additional braces and ties at the bottom. Over time, it practically does not loosen. 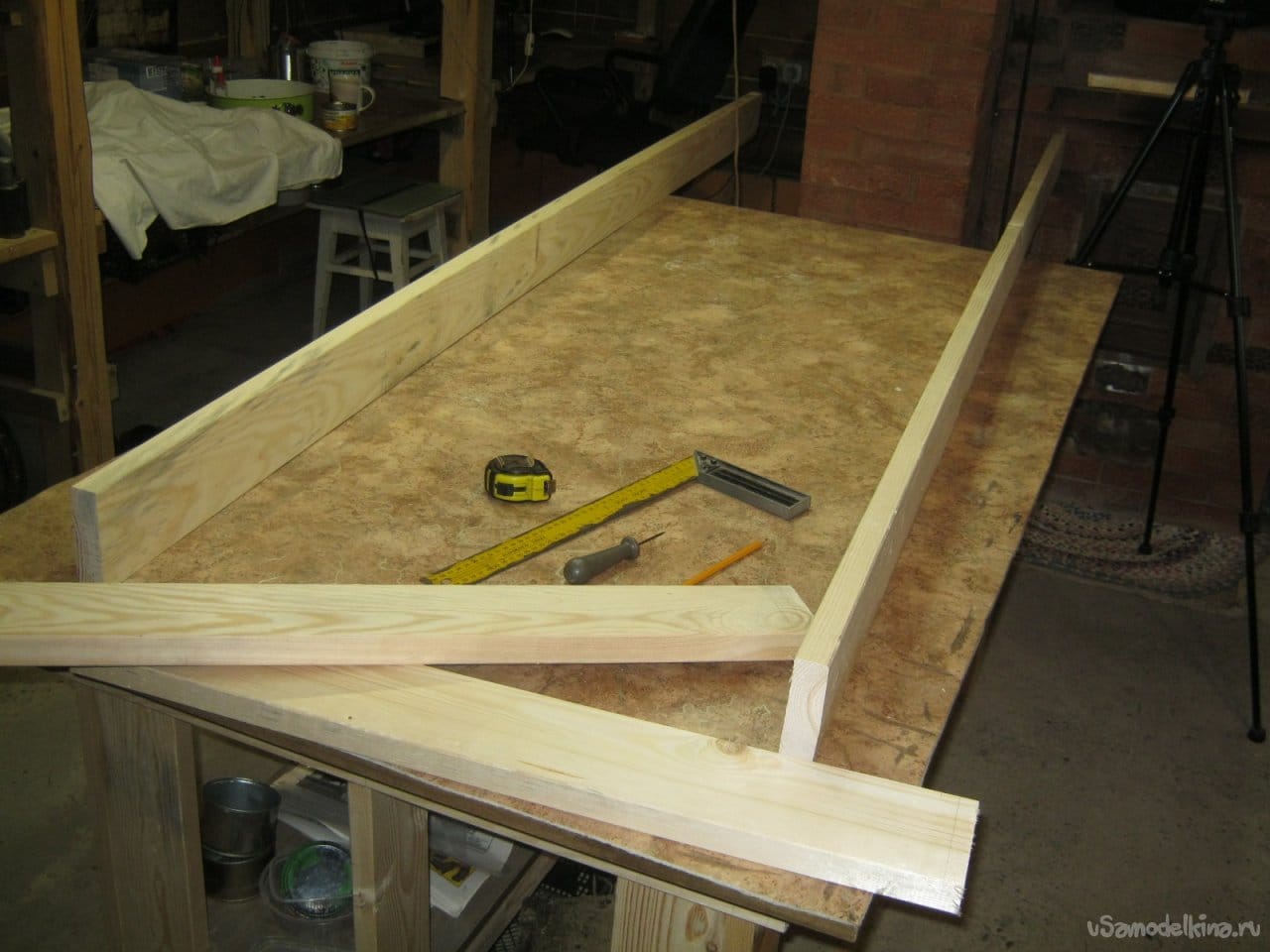 Photo 1. Assembling the table cover. The pieces of wood are assembled end-to-end on self-tapping screws and glue. 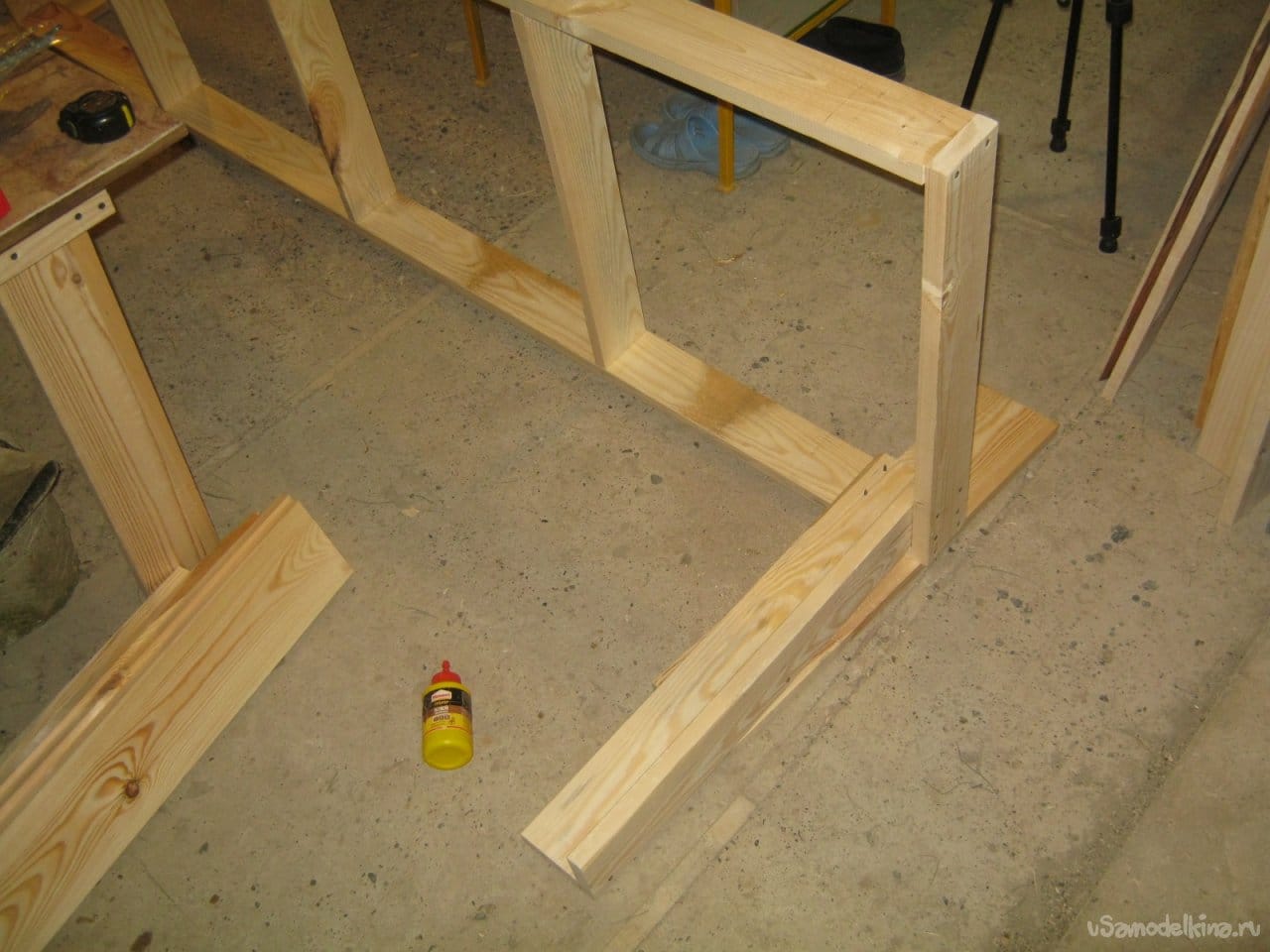 Photo 2. One of the legs of the table. Connected to the frame with an overlap for glue and self-tapping screws.
Photo 3. Assembled one-piece four-legged table base. The four-legged table frame was made in winter, in a cramped workshop environment. Covered with several suitable pieces of non-thin plywood, it was already a large ersatz table (Photo 4). 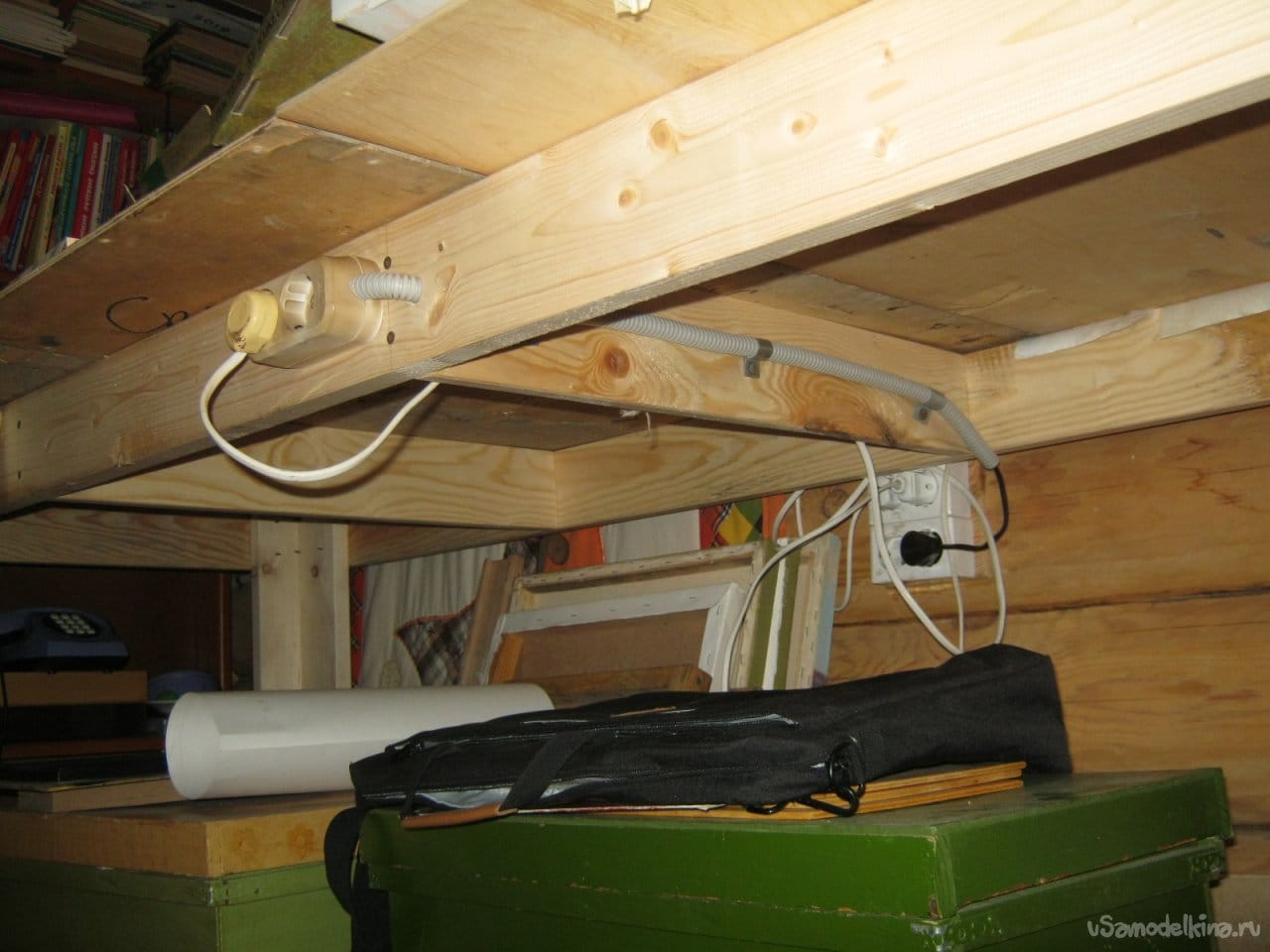 Photo 5. The table was blocked by a block of sockets on the wall. For convenient switching on, I mounted a sort of stationary “carrying” on the frame under the cover. With the onset of the warm season, outdoor carpentry work has become convenient – it's time to finalize, finish the structure – add a number of shelves to the table, and lay a decent lid.
Frame (Photo 3) one-piece, assembled using glue. With some difficulty, in a kind of screw-like movement, it passes through the doorway. Everything else had to be fastened only with self-tapping screws, counting on transferring in parts and assembling in a new place.
A couple more legs (Photo 6), similar to the existing ones, were made and installed in the middle of the frame. This is an additional support for a long span and a convenient attachment of an array of shelves.

Photo 6. Additional pair of legs. Coniferous planks, PVA glue, nails. Shelves for storing large formats (sheets) occupy the entire left half of the underframe, but not the entire width of the table – so that the sitting person does not rest his knees. The width of the table allowed. The shelves are low-wide, have a frame structure (Photo 7, 8) and are covered with thin fiberboard (Photo 9, 10) – I marked a large sheet, sawed out pieces with a small hand-held circular electric saw and removed the rags around the edges with sandpaper. I nailed it in place with small studs starting from the bottom shelf, supporting the thin piece of wood from below with a heavy sledgehammer. He attracted artists to this creative work (holding a sledgehammer). 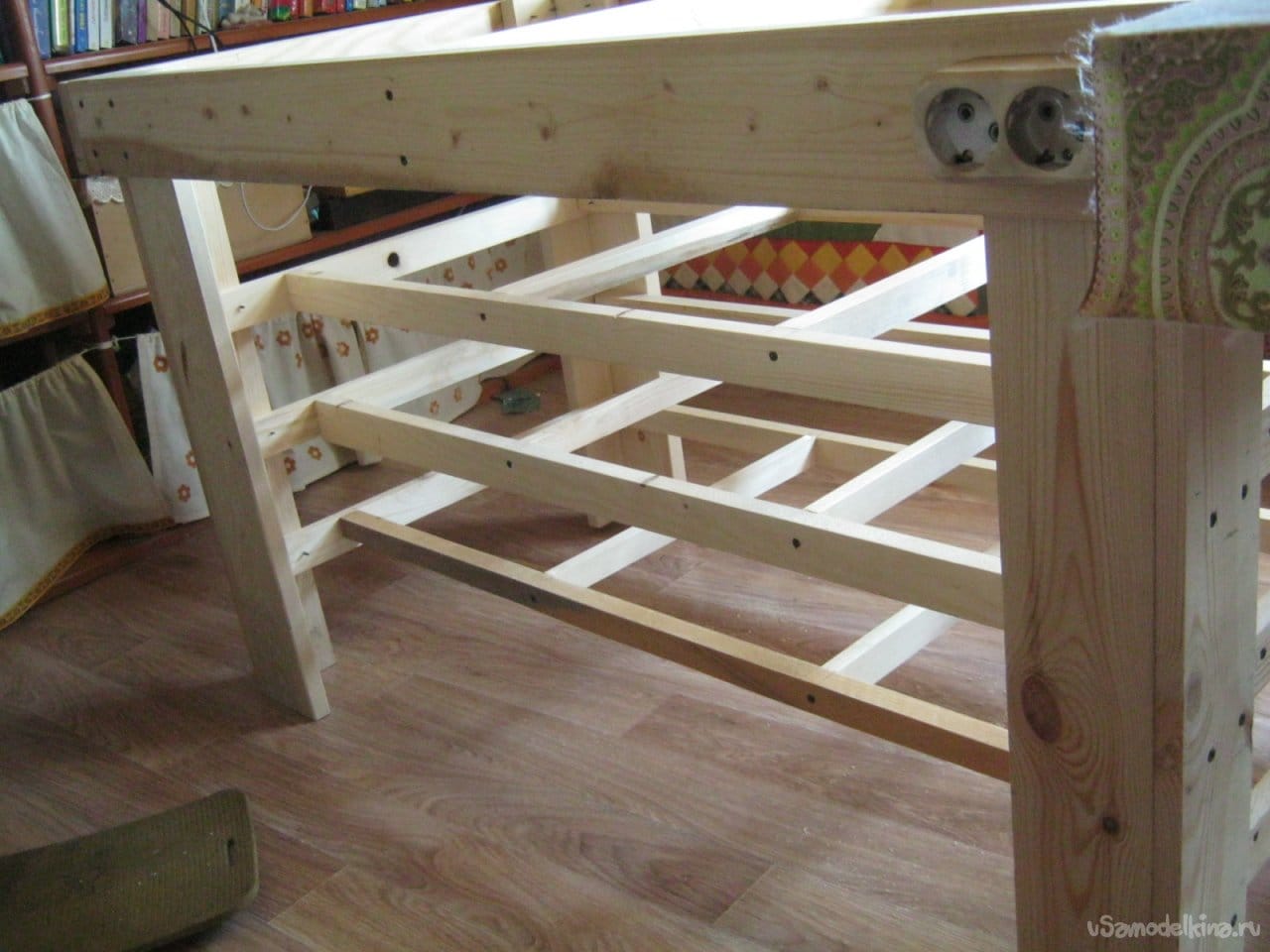 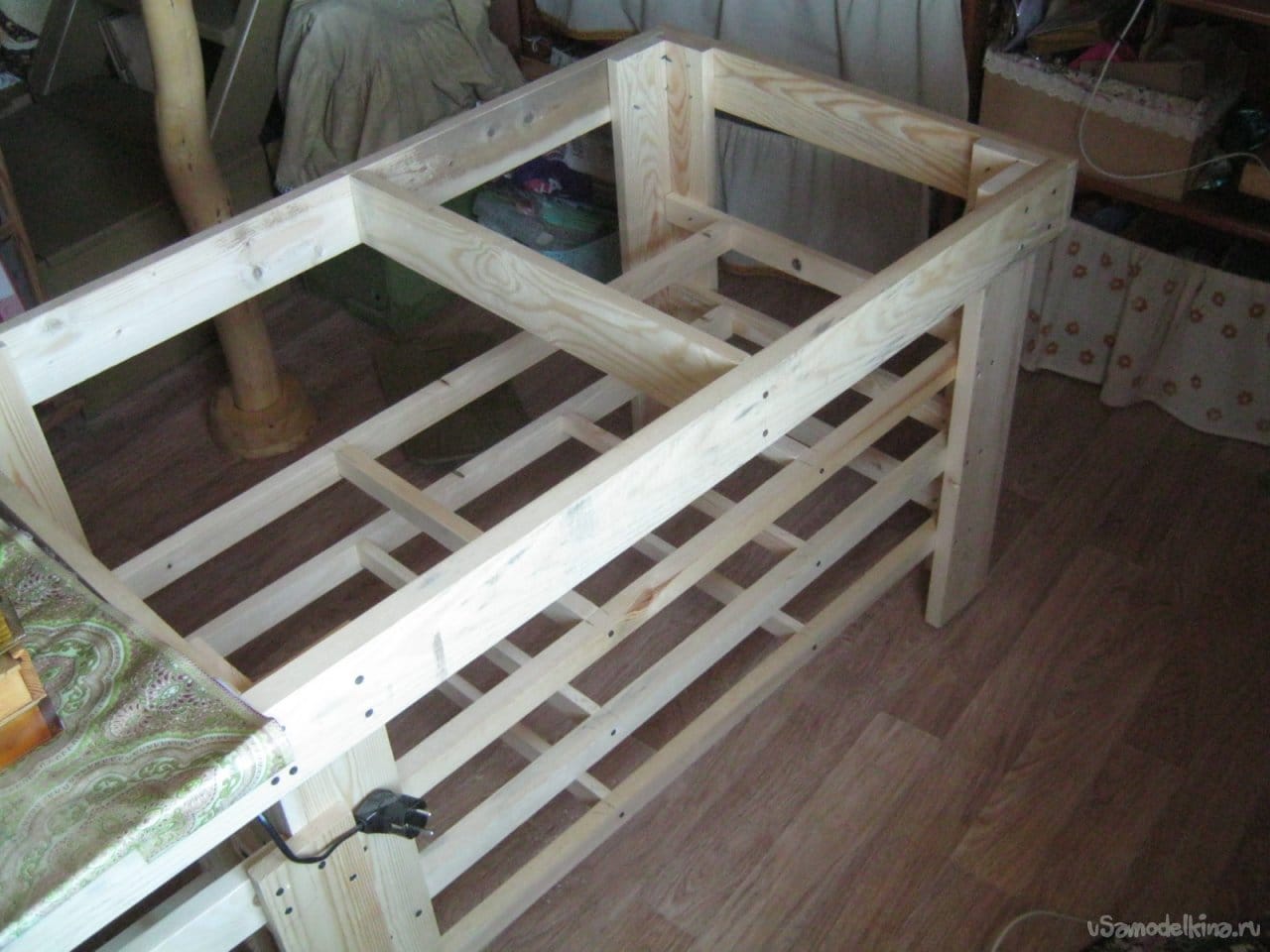 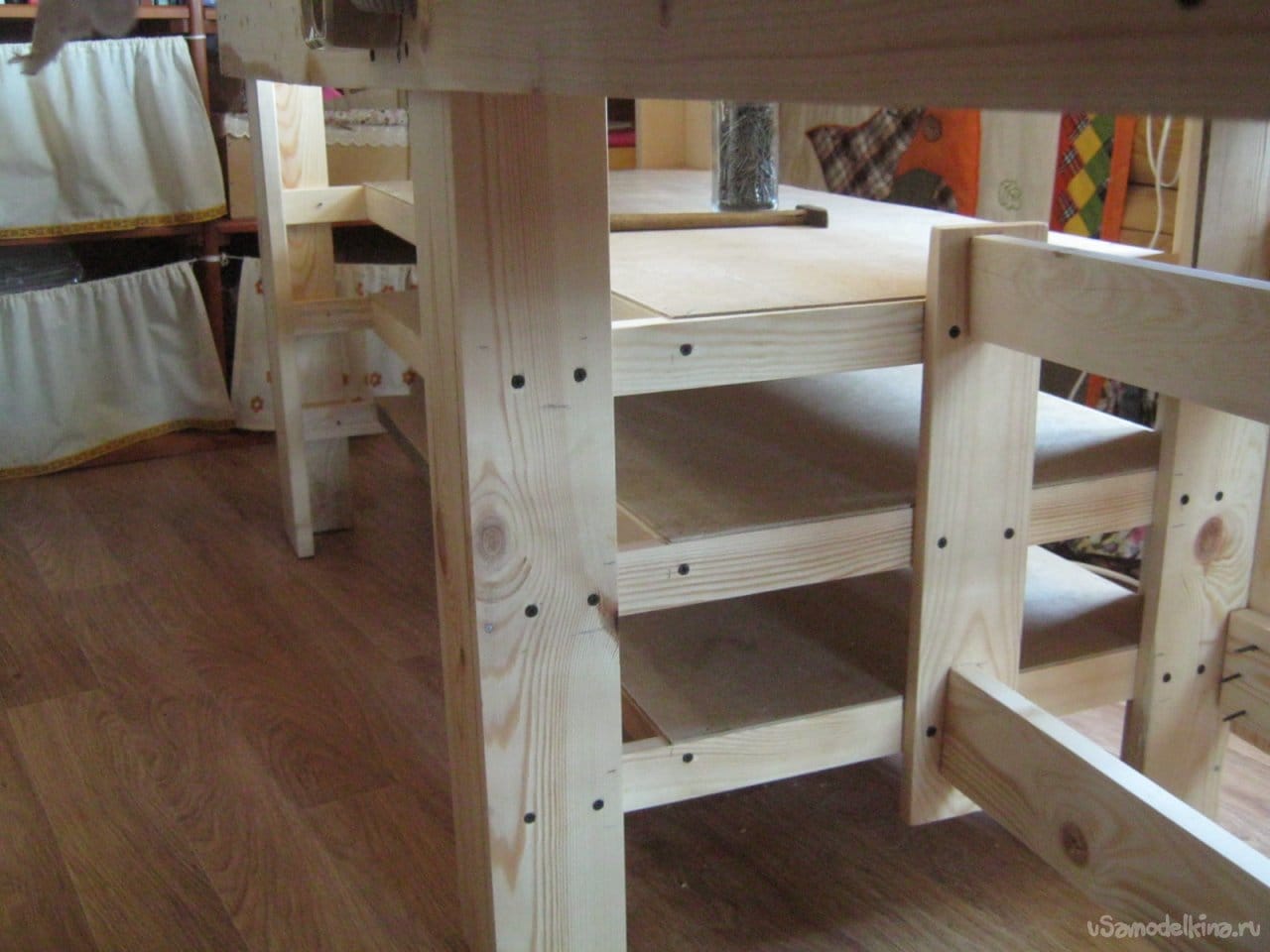 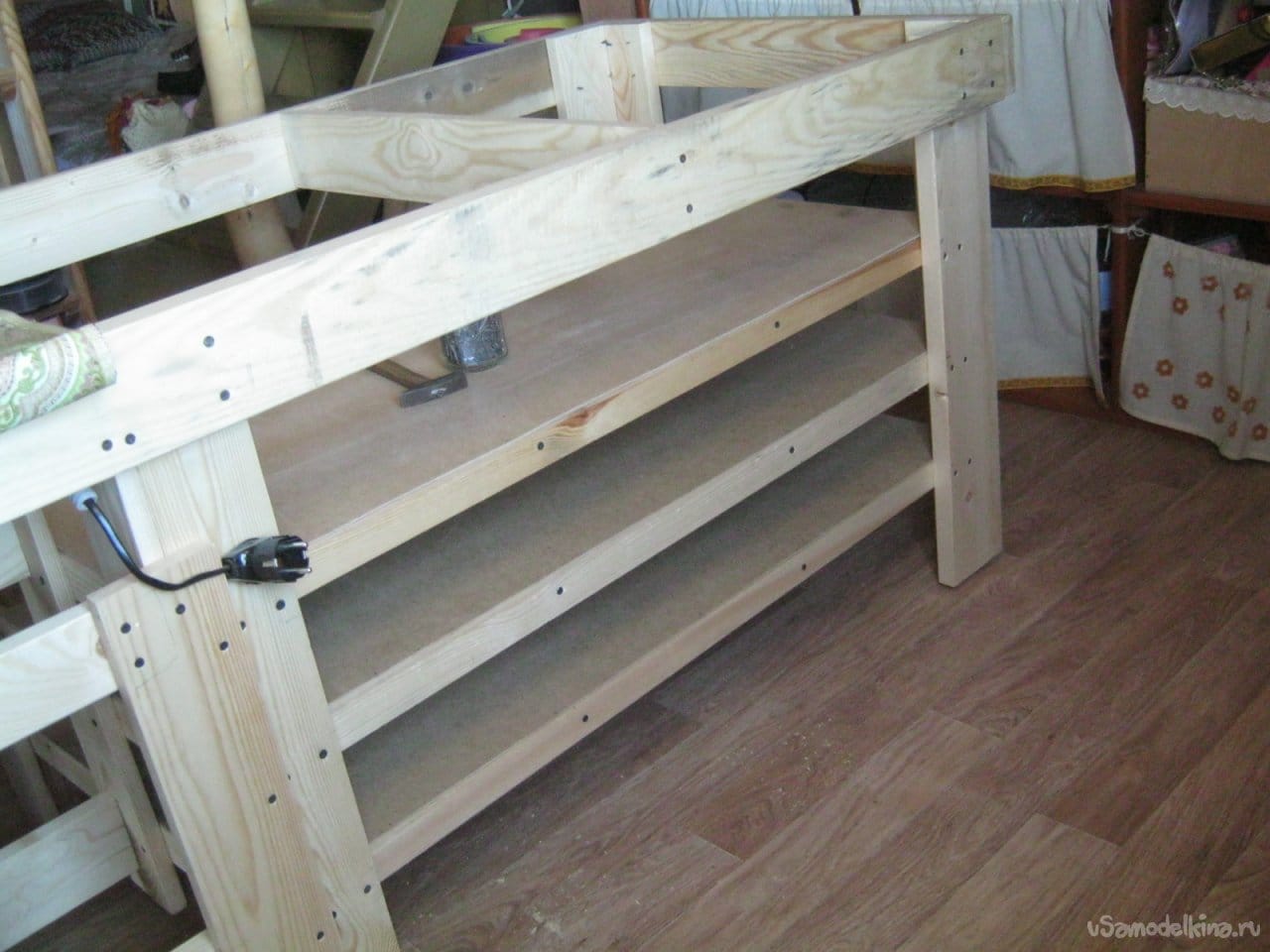 Photo 10. Ready shelves for formats. Rear view.
A pair of narrow, powerful, “cargo” shelves in the other part of the underframe was assembled in the same way, adjusted for strength – the frame (Photo 11) and the flooring of thicker laminated fiberboard (Photo 12) – the rear part cabinets “wall” – donor. These shelves are for boxes and drawers stacked. 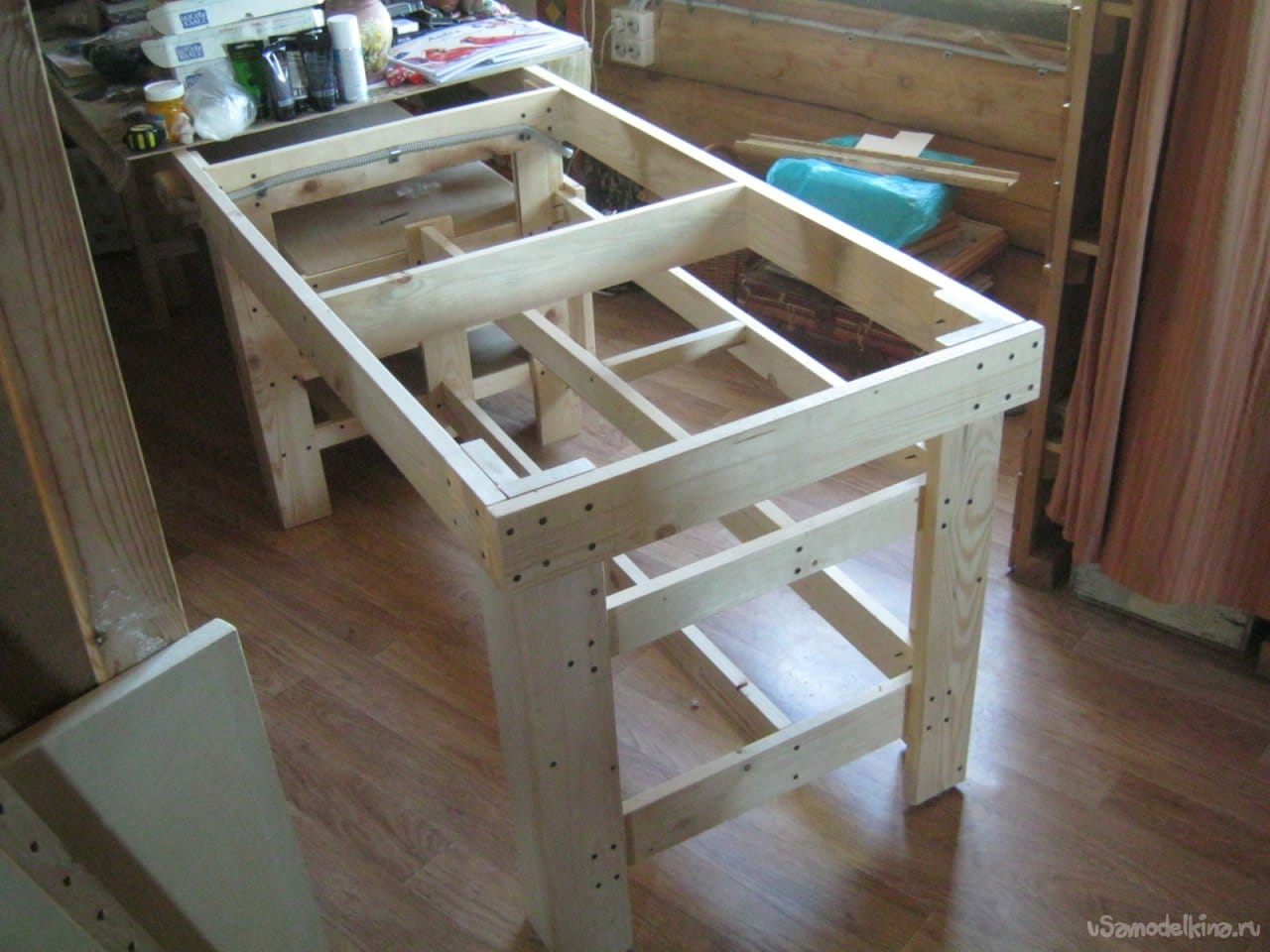 Photo 12. Cargo shelves assembled. The cover of my table is made of a row of identical chipboard-laminated panels. They are attracted to the frame through the intermediate pieces-blocks (Photo 13). Their height is selected so that the tips of the short screws do not protrude onto the surface of the table top. 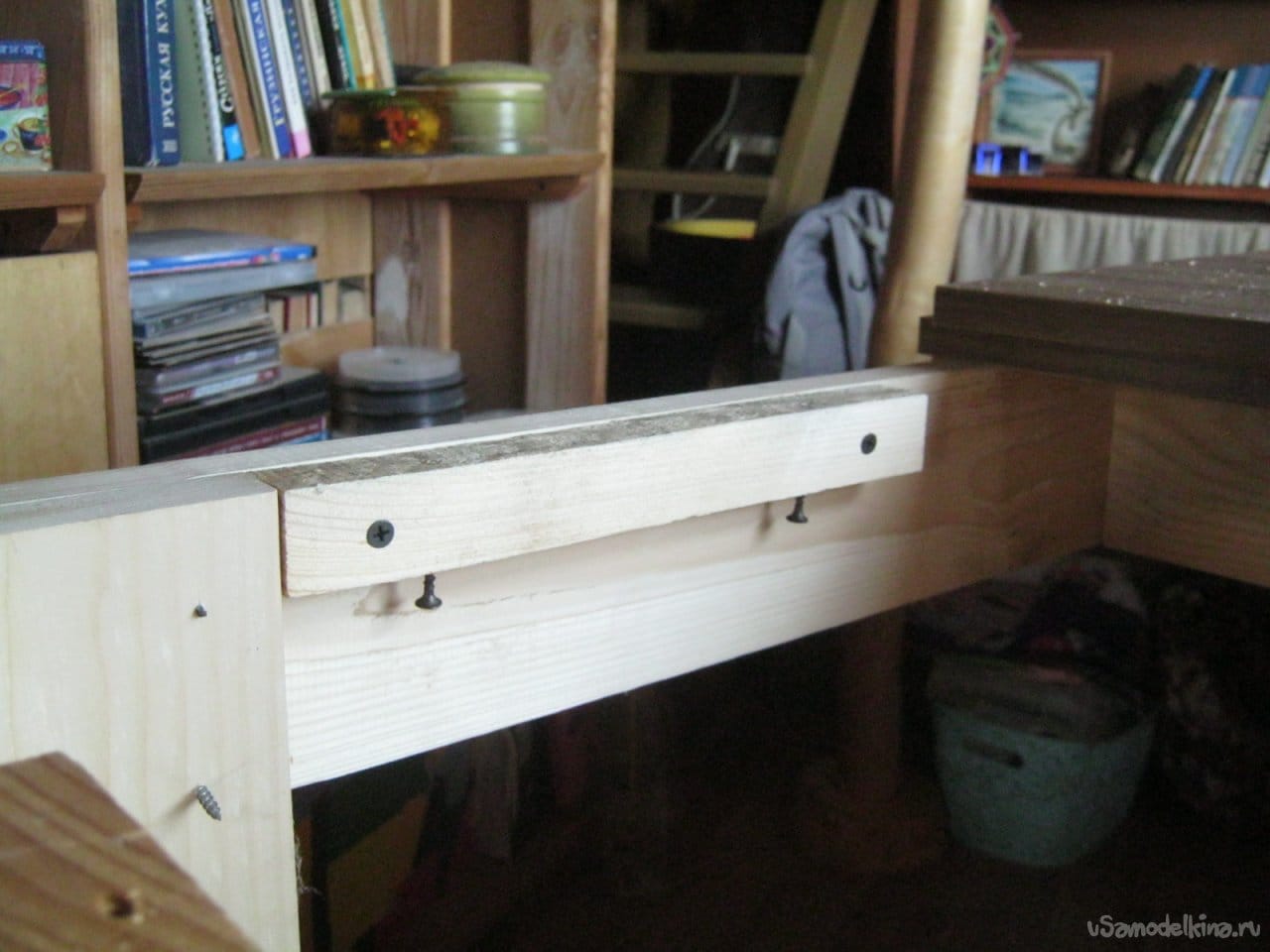 Photo 14. Ready table. The working surface of the assembled table (Photo 14) was covered with linoleum (Photo 15). He unrolled the roll on the table, marked it in place and immediately cut off the excess with the blade of a construction knife under the ruler. I attached the edges of the linoleum to the countertop with adhesive tape in several places.

Photo 15. Covering the working surface of the table – linoleum. >

Photo 16. Artist's table. The artist was satisfied, a whole mountain of drawing stuff fits comfortably and non-traumatically on the shelves.
Babay Mazay, August, 2021

How to make a water level sensor