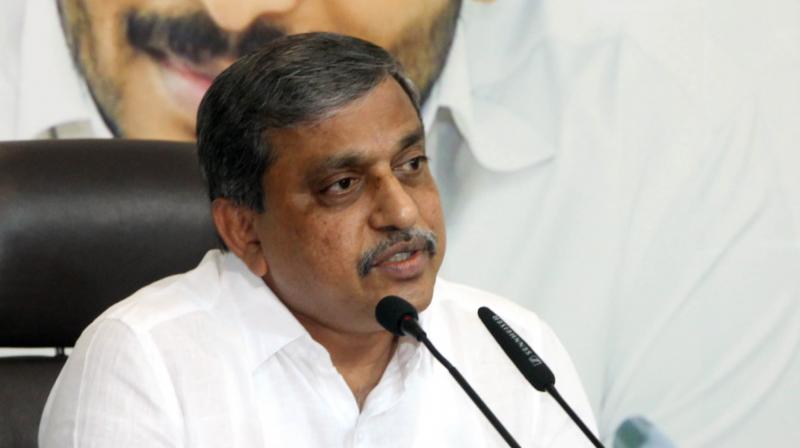 VIJAYAWADA: Adviser to government on public affairs Sajjala Ramakrishna Reddy has said here that the government employees are playing a crucial role in providing good governance to the people of Andhra Pradesh. Good work by employees would help the government earn a good name, he said.

The state government employees association (APGEA) held a ‘brainstorming’ session on the theme of ‘Strengthen the Governance’ on Sunday, at which Ramakrishna Reddy stressed on the role of the officials in providing good services to the people, fulfilling the aims of the government towards development of the state and ensuring the welfare of society.

He said the government has been supporting the unions in exercise of their legally justifiable rights as employees. “The role of government employees is crucial in making a success of the efforts of Chief Minister Jagan in providing good governance. The government will get a good name only when the employees provide better services to the people,” he pointed out.

Adviser to the CM and retired IAS officer, Ajay Kallam, said that through APPSC, Group 1 officers are being recruited. "There is a need to end the disparity among the employees on various counts." He praised the efforts of APGEA in establishing the AP State Administrative Service (APSAS) and complimented the Group 1 officers for their determination to establish the APSAS.

APGEA president Suryanarayana said the previous Telugu Desam government had not granted several benefits to government employees. “After the YSRC government took the reins, we approached the CM and explained various problems the employees are facing from Class 4 up to the state-level officers. The YSRC government has responded positively to resolve such issues,” he said.

APGEA state general secretary Askara Rao and vice president Kaja Rajkumar was among those who spoke.

Cuomo’s tenure nears end, but his legal headaches may have just begun