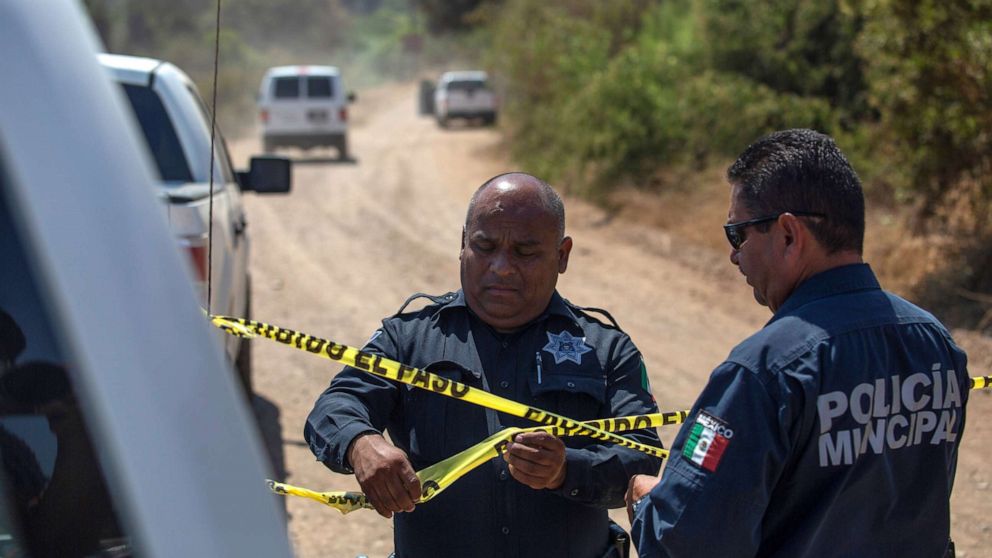 A California man has been arrested in connection with the deaths of his two young children in Mexico, authorities said.

The man, identified by Mexican authorities as Matthew Taylor, 40, of Santa Barbara, California, checked into a hotel near Tijuana, Mexico with the two children on Saturday, Baja California prosecutor Hiram Sánchez Zamora’s office said in a statement Tuesday.

Mexican authorities responded to a 911 call around 7:30 a.m. Monday reporting the discovery of the children’s bodies near a ranch about 18 miles from the hotel, authorities said. The girl had been found stabbed 12 times in the chest and the boy stabbed 17 times, authorities said. A wooden stake believed to be the alleged murder weapon was found at the site.

U.S. authorities arrested Taylor when he attempted to cross the border via the San Ysidro bridge, according to Zamora.

Taylor, who authorities said owns a surf school in Santa Barbara, is currently in federal custody amid the ongoing investigation, according to the FBI. It is unclear if he has an attorney.

Santa Barbara police had received a missing persons report for a man and his two children who were “believed to have crossed the southern border into Mexico,” the FBI said in a statement to ABC News Tuesday. “A joint investigation is underway among the Santa Barbara Police Department, the FBI in Los Angeles and San Diego, U.S. Customs and Border Protection and Mexican authorities.”

The children’s mother had reported the three missing after approximately 24 hours, according to the Santa Barbara Police Department.

“The mother was concerned for the wellbeing of her husband and their two children,” the department said in a statement Tuesday.

The American consulate is also assisting relatives in identifying and claiming the bodies of the two children, Zamora said.