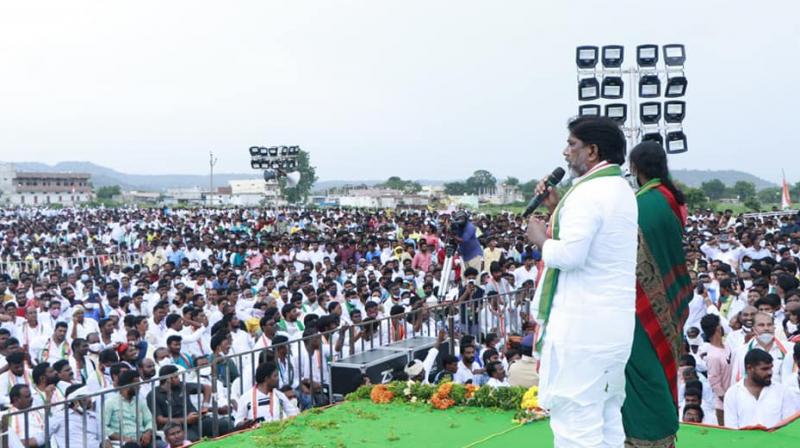 ADILABAD: CLP leader Bhatti Vikramarka on Monday demanded the state government to implement Girijana Bandhu on the lines of Dalit Bandhu in all 119 Assembly constituencies. He came down heavily against Chief Minister K Chandrasekhar Rao for cheating the marginalized sections with false promises.

Former minister D. Sridhar Babu warned Rao that he would storm Pragati Bhavan along with thousands of Adivasis, Dalits and Backward Class communities, if the state government failed to issue pattas to podu lands immediately. He alleged that police and forest officials were harassing adivasis who have been cultivating the podu lands. Forest officials have encroached on those lands under the pretext of Haritha Haram.