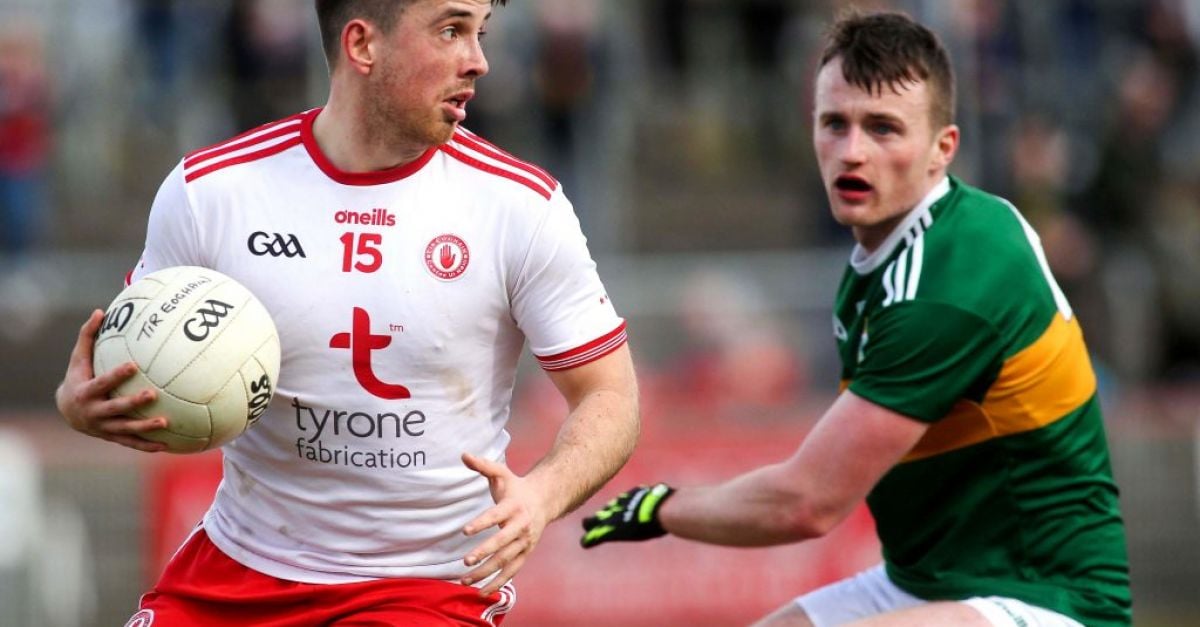 The All-Ireland Football semi-final between Kerry and Tyrone, which has been rearranged to August 21st, has again been thrown into doubt.

Tyrone had sought the postponement due to a Covid outbreak in the camp.

He said the county “appreciated” the postponement but may still be unable to field a team.

“The welfare of the players is paramount. The management will not be making a decision until this weekend on whether we will be capable of fulfilling the fixture.

“This is about player welfare, and it’s clear that our players will not be ready to engage in a high intensity championship game so soon after being directly affected by this virus.

“We are grateful to have the opportunity to be able to field, but by the same token, disappointed that Croke Park have not given us sufficient time to prepare a proper challenge for Kerry.”

The postponement means the All-Ireland final has been re-fixed for Saturday, September 4th.

Kerr added: “We are also conscious of the fact that the situation is not an ideal one for Kerry, and the uncertainty creates difficulties for their preparations for this important game.”

Kerr said Tyrone had not asked for an Ulster final postponement despite a numebr of Covid cases.

“While we had some positive cases prior to the Monaghan match, we didn’t request a postponement, because we felt we had a panel capable of fulfilling the fixture. The only reason we requested a postponement this time was because we definitely could not have fielded this weekend.

“For the following weekend, while technically we have a panel, the preparation will be well short of what is required for a game of this importance and of this level.”