Ravi Bopara has signed a new Twenty20 contract with Sussex, the club have announced.

The 36-year-old all-rounder, who first joined the team at the end of 2019, has scored three half-centuries and a total of 228 runs, at an average of 38, in Sussex’s Vitality Blast campaign this summer.

Bopara has also taken seven wickets with an economy rate of 6.76 runs per over en route to the Sharks reaching the quarter-finals.

In a statement from Sussex announcing the news of his new contract, Bopara – who has played in 13 Tests, 120 one-day internationals and 38 T20 matches for England – said he would now be focusing on T20 cricket.

“I’m really pleased to be extending my stay at this wonderful club,” Bopara said.

“The past couple of years have been very different to what I had expected when signing for Sussex, but thanks to everyone at the club I feel very at home now.

“JK (James Kirtley, Sussex’s T20 head coach) and the rest of the coaching staff have been brilliant to work with this season, and hopefully we are on the verge of something special with our Blast quarter-final coming up. 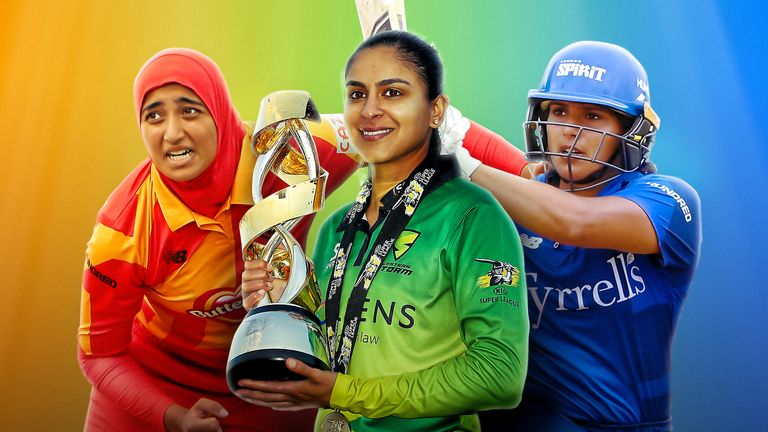 Three British South Asian female cricketers speak about the importance of their heritage, the journey to become elite players, and how they plan to make it easier for youngsters to play cricket

“I am hopeful that this could be the start of a period of dominance for the Sharks in the T20 competition and that’s something I want to be part of in the years to come.

“From now on, I will be focusing on T20 cricket. I have loved playing red-ball cricket over the years and obviously have some incredible memories in Championship and Test cricket with Essex and England, but my aim now is to get the best out of myself in the T20 format and see where that can take me and the teams I play for.”

Kirtley said: “It’s great to have Ravi with us for the next few seasons. The role he plays for Sussex and the knowledge from the vast experiences he has had are key to our T20 team.”

Tyrone may be unable to fulfil rearranged All-Ireland semi-final