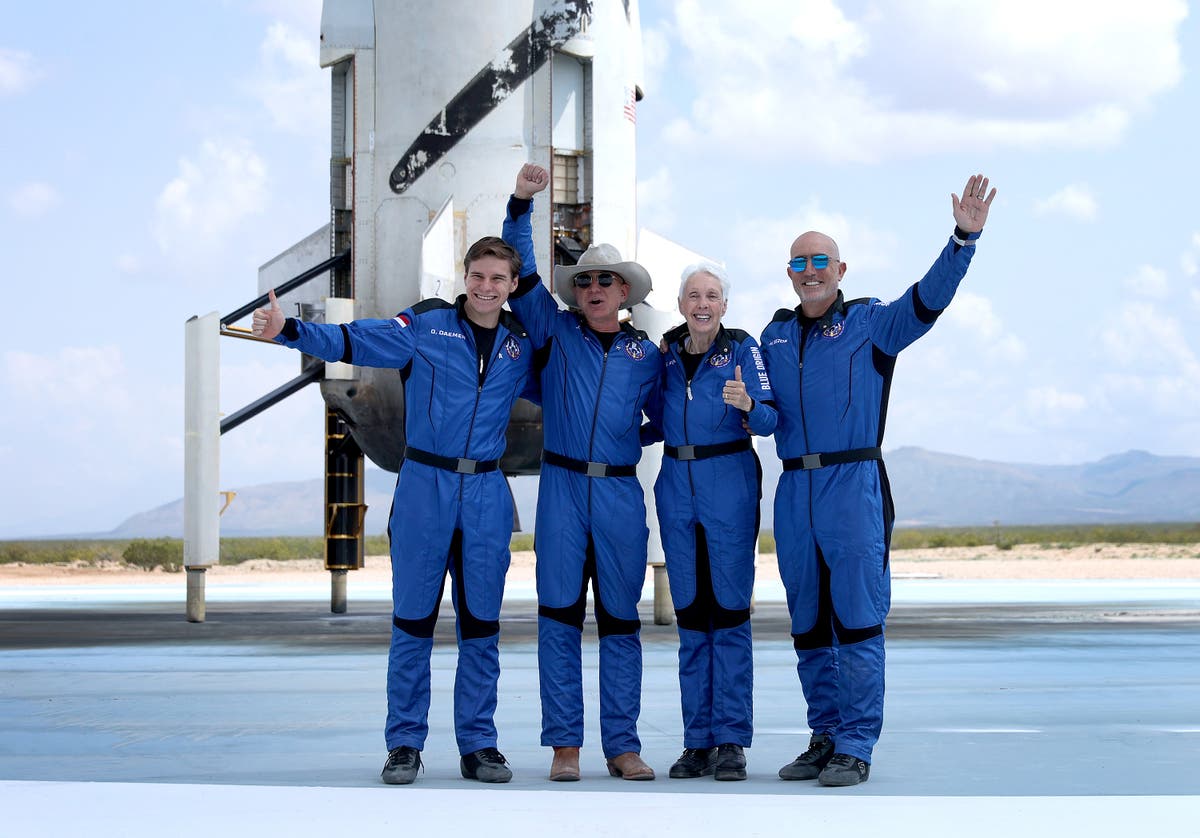 A Dutch teenager who became the youngest space traveler after travelling on board Blue Origin’s rocket last week says he told his co-passenger Jeff Bezos that he’d never ordered anything from Amazon.

Oliver Daemen, the 18-year-old physics student, was one of the passengers who accompanied Mr Bezos along with his brother Mark Bezos and 82-year-old aviator Wally Funk, who became the oldest person to go to space. The 11-minute trip went 100km above Earth’s sea level, out of the planet’s atmosphere.

“I told Jeff, like, I’ve actually never bought something from Amazon. And he was like, ‘oh, wow, it’s [been] a long time [since] I heard someone say that’,” Mr Daemen told news agency Reuters.

The teenager, whose father is the chief of an equity firm in the Netherlands, got the opportunity to fly with Mr Bezos and the others after another candidate, who successfully bid $28m for the ride, canceled at the last minute.

But according to Mr Daemen, his family did not have to pay as much to get his seat at the New Shepherd launch vehicle’s capsule.

“We didn’t pay even close to $28m, but they chose me because I was the youngest and I was also a pilot and I also knew quite a lot about it already,” he said.

While experiencing the few minutes of weightlessness during their trip to space, Mr Bezos played a game of catch with the rest of the crew with a ping pong ball and also threw Mr Daemen some Skittles sweets for him to catch with his mouth.

The Skittles company appreciated the highlight in a tweet, asking if the candy tasted better in space.

We are honored to have heard SKITTLES were aboard #BlueOrigin 🚀@JeffBezos is it true #SKITTLES taste better in space?https://t.co/PPdYf6BVCZ

When Mr Daemen caught the Skittle while floating upside down, Mr Bezos can be seen appreciating the teenager.

“Yeah! Well done! Here, toss me one,” he was heard saying.

Commenting on his experience with the passengers, Mr Daemen said: “They were super fun and all down to earth, as funny as that may sound.”