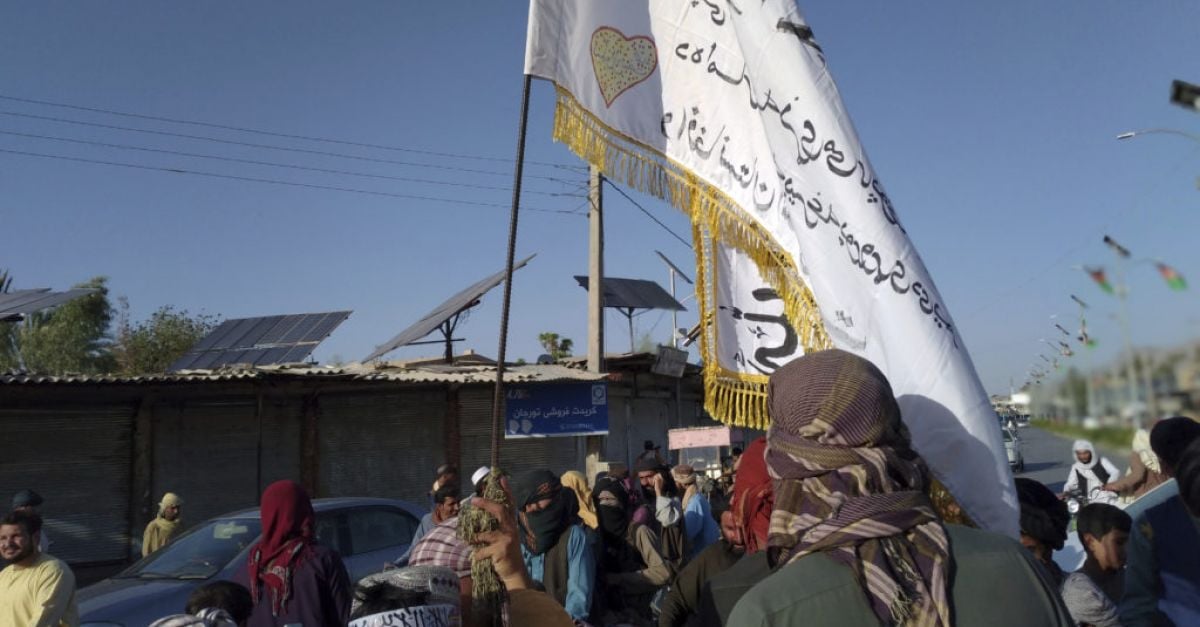 Taliban fighters could isolate Afghanistan’s capital in 30 days and possibly take it over in 90, a US defence official has said, citing US intelligence, as the resurgent militants took control of an eighth provincial Afghan capital.

The official, speaking to Reuters on condition of anonymity, said the new assessment of how long Kabul could stand was a result of the rapid gains the Taliban had been making around the country as US-led foreign forces leave.

“But this is not a foregone conclusion,” the official added, saying the Afghan security forces could reverse the momentum by putting up more resistance.

The Islamists now control 65 per cent of Afghanistan and have taken or threaten to take 11 provincial capitals, a senior EU official said on Tuesday.

All gateways to Kabul, which lies in a valley surrounded by mountains, were choked with civilians entering the city and fleeing violence elsewhere, a Western security source in the city told Reuters, making it hard to tell whether Taliban fighters were also getting through.

“The fear is of suicide bombers entering the diplomatic quarters to scare, attack and ensure everyone leaves at the earliest opportunity,” he said. Wednesday’s loss of Faizabad, capital of the northeastern province of Badakhshan, was the latest setback for the Afghan government, which has been struggling to stem the momentum of Taliban assaults.

It came as president Ashraf Ghani flew to Mazar-i-Sharif to rally old warlords to the defence of the biggest city in the north as Taliban forces closed in.

Jawad Mujadidi, a provincial council member from Badakhshan, said the Taliban had laid siege to Faizabad before launching an offensive on Tuesday.

“With the fall of Faizabad, the whole of the northeast has come under Taliban control,” Mujadidi told Reuters.

The Taliban are battling to defeat the US-backed government and reimpose strict Islamic law. The speed of their advance has shocked the government and its allies.

US president Joe Biden urged Afghan leaders to fight for their homeland, saying on Tuesday he did not regret his decision to withdraw. He noted that the United States had spent more than $1 trillion over 20 years and lost thousands of troops.

The US will complete the withdrawal of its forces this month in exchange for Taliban promises to prevent Afghanistan being used for international terrorism.

A US source familiar with intelligence assessments said that the views offered a “range” of possible outcomes, from a rapid Taliban takeover to an extended fight to a possible negotiated agreement between the Taliban and current government.

No details of the meeting have been released. One of the meetings expected to take place on Wednesday will be of the Troika Plus – a platform led by the United States, China and Russia. The Taliban leader, requesting anonymity, said that a Taliban delegation would also take part.

The Taliban advances have raised fears of a return to power of the hardline militants who emerged in the early 1990s from the chaos of civil war. They controlled most of the country from 1996-2001, when they were ousted by a US-led campaign for harbouring Al Qaeda chief Osama bin Laden.

A new generation of Afghans, who have come of age since 2001, fear the progress made in areas such as women’s rights and media freedom will be squandered.

Afghan officials have appealed for pressure on Pakistan to stop Taliban reinforcements and supplies flowing over the border. Pakistan denies backing the Taliban.

During their previous rule, the Taliban were never completely in control of the north but this time they seem intent on securing it before closing in on the capital.

Ghani is now appealing for help from the old regional warlords he spent years sidelining as he attempted to project the authority of his central government over wayward provinces.

In the south, government forces were battling Taliban fighters around the city of Kandahar and thousands of civilians from outlying areas had taken refuge there, a resident said.