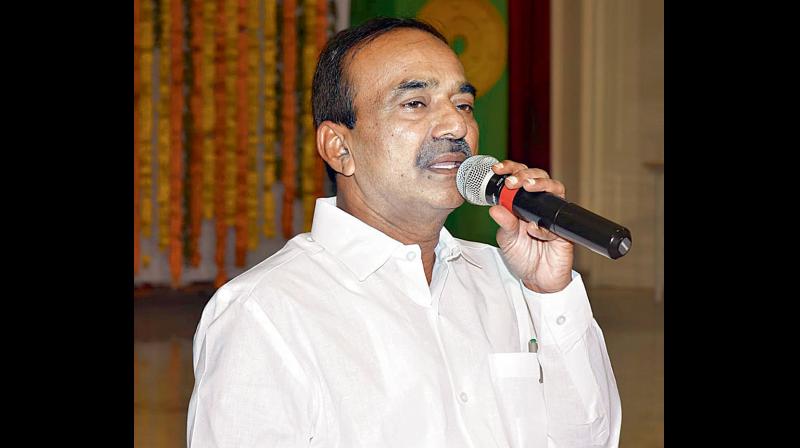 Karimnagar: As the whole state is keenly looking forward to the byelection to Huzurabad Assembly constituency, the electorate is busy guessing the possible winner whereas various political parties are leaving no stone unturned to grab the seat.

This newspaper visited various villages in Huzurabad to assess the situation and interacted with various sections of people about the ongoing political situation in their constituency.

J. Manideep, a private teacher and resident of Jammikunta town said the battle was going between Etala Rajendar and Chief Minister K. Chandrashekar Rao. He said Rajendar was treated with disrespect and suspended from the party with false allegations.

Since Rajendar was strong and had a good following in the constituency, the TRS and the Congress must field a fair candidate to give a tough fight to him. “Otherwise, it will be like a cake walk for Rajendar to win the bypoll,” he opined.

R. Suresh, a grocery store owner and resident of Kanaparthi village said when compared to previous leaders, Rajendar did a lot for the constituency. But more than that he earned large amounts of money being a six-time MLA and two-time minister, he added.

“Neither Rajendar nor the TRS leaders are investing money from their houses. Rajendar took up some developmental activities with the funds released by the government and the TRS leaders are distributing the money which the people paid to the government in the form of various taxes. People are yet to come to the final decision on which side they must stand,” he added.

G. Poshalu, a farmer and resident of Uppalapally village said Chandrashekar Rao was giving `5,000 to farmers under Rythu Bandhu for one season and was also implementing Rythu Bhima. Many farmers are with the TRS but the only thing the government must do is to purchase food grains by fixing proper support price without keeping restrictions, he added.

P. Nagendar, a resident of Huzurabad town, said the TRS leaders were visiting every village and were giving responsibilities to sarpanchs, MPTCs and ZPTCs and to the elders of various communities along with handing over money for distribution, he alleged.

“But they are least bothered about the people who voted them to power. What is the use of giving responsibilities to them without directly interacting with the people? Whoever are going to be in the fray from various political parties in Huzurabad bypoll, ultimately it is the people who are going to decide their fate,” he added.

However, one of the TRS leaders, on condition of anonymity, said the party leadership should not give a chance to any leader who belonged from Huzurabad constituency. Rajendar could easily win as he was well aware of people’s strengths and weaknesses, he said.

“It is better if the party leadership chooses a new face who has a clean track record, is educated and a common man from outside the constituency and does not have any political background. So the Opposition will not get any chance to make a comment against him,” he opined.

Democrats make governing much harder than it needs to be