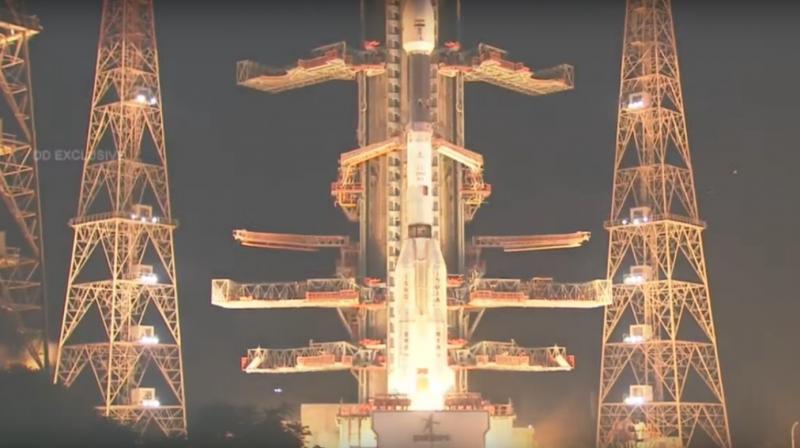 Nellore: In a setback, the Indian Space Research Organisation’s mission to place an advanced  earth observation satellite (EOS-03) in the designated orbit through Geosynchronous Satellite Launch Vehicle-F10 (GSLV-F10) during the early hours of Thursday failed.

The launch, which was originally scheduled for March 5, 2020 was postponed due to technical glitches then.

On Thursday, GSLV-F10 took off from Satish Dhawan Space Centre, Shar, Sriharikota at 5.43 am as scheduled and the performance of the first and second stages was normal.

However, Cryogenic Upper Stage ignition did not happen due to a technical anomaly. “The mission couldn't be accomplished as intended because of a technical anomaly observed in the cryogenic stage,” said Dr K Sivan, Chairman of ISRO.

The launch was the 14th flight of the GSLV, India’s largest launch vehicle, and the eighth of the Mark 2 version with an upper stage and an indigenous cryogenic engine that uses liquid hydrogen and liquid oxygen.

Incidentally, the first Mark II launch had failed to reach orbit in 2010 because of a snag in the upper stage engine though subsequent launches were successful until this latest flight.

The EOS-03 satellite is devised to provide near real time imaging of large area region of interest at frequent intervals and also for quick monitoring of natural disasters, episodic events and any short-term events.

The other benefits of the satellite include obtaining spectral signatures for agriculture, forestry, water bodies as well as for disaster warning, cyclone monitoring, cloud burst/thunderstorm monitoring etc,.