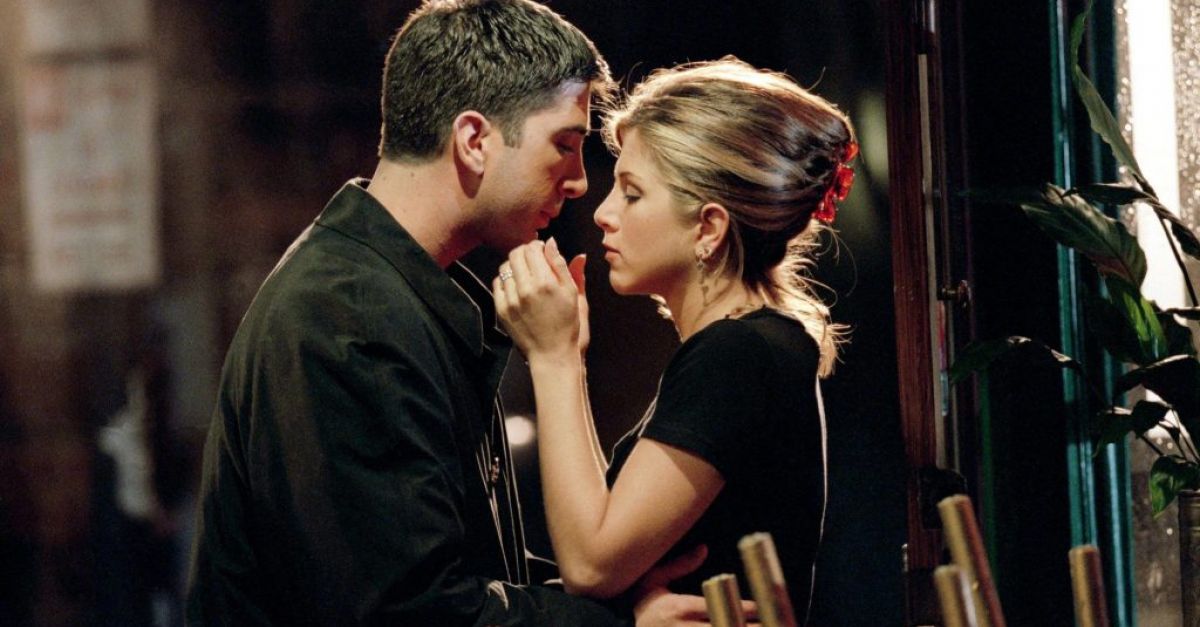 Reports come in the aftermath of the Friends reunion, where the actors – who played on-screen lovers Ross and Rachel – admitted having feelings for each other when filming the show. Schwimmer said: “The first season I had a major crush on Jen. And I think we both, at some point, were crushing hard on each other but it was like two ships passing because one of us was always in a relationship and we never crossed that boundary. We respected that.”

Aniston added: “So we just channelled all of our adoration and love for each other into Ross and Rachel.”

Both Aniston and Schwimmer are currently single. Although it’s all just speculation at this point, Closer reports a source as saying: “After the reunion, it became clear that reminiscing over the past had stirred up feelings for both of them and that chemistry they’d always had to bury was still there. They began texting immediately after filming and, just last month, David flew from his home in New York to see Jen in LA.”

Alex Mellor-Brook, matchmaker and co-founder of Select Personal Introductions (selectservices.co.uk), asks the question: “They’ve got the good friendship: is there something else there?”

If you are considering starting a romantic relationship with a friend, these are some of the things you might want to think about…

Consider how close you are

For Mellor-Brook, the first thing to think about is what type of friendship you have. “Are they the kind of person you enjoy partying with and things like that, or is it somebody you actually have a real, proper relationship with?” he asks.

This is important before transitioning from friendship to relationship, with Mellor-Brook adding: “Good friends are hard to find – acquaintances, friends, they’re probably a bit easier, so you have to look at that and think, ‘Is this worth it?’”

Be honest with each other

Communication, honesty, loyalty, & respect is what keep your relationship going.

“Is it something that’s one-sided, or are you both in it? You have to be really honest with each other,” says Mellor-Brook.

He recommends flirting with each other to help you “get a feel of if it’s reciprocated”. And if you are good friends, “Try and be honest with each other so the other person doesn’t misinterpret those signals.”

He adds: “If you’re honest with each other and you have that friendship, if you do go down that avenue and it doesn’t work, you can at least have a laugh about it – if you’ve got a good enough friendship you should be able to do that with that other person.”

Me when I heard that David Schwimmer and Jennifer Aniston are rumoured to be dating pic.twitter.com/5SeqdjaUD4

It’s easy to accelerate your relationship if you’ve already known each other for years, but Mellor-Brook urges caution.

“If you take your time and explore where that is going, if you get to a point where you think it’s not going anywhere you at least can back-pedal and you still have a very good friend,” he says. “Timing is really important.”

With Mellor-Brook’s clients, the ones with successful and long relationships tend to be “slow burners”, he says. “Those people who invest that time in each other, build that friendship – the strongest relationships are always built on friendship.”

If you are transitioning from friendship to relationship, it’s worth taking the time to see if you’re romantically compatible. He advises: “Once you’ve got to that stage where you do have feelings for somebody, you need to spend time with each other, you need to work out if it’s just a friendship, you need to look at the morals, values and issues.”

It’s not just about being clean and tidy: What OCD really means and how to seek support

Through the women’s eyes