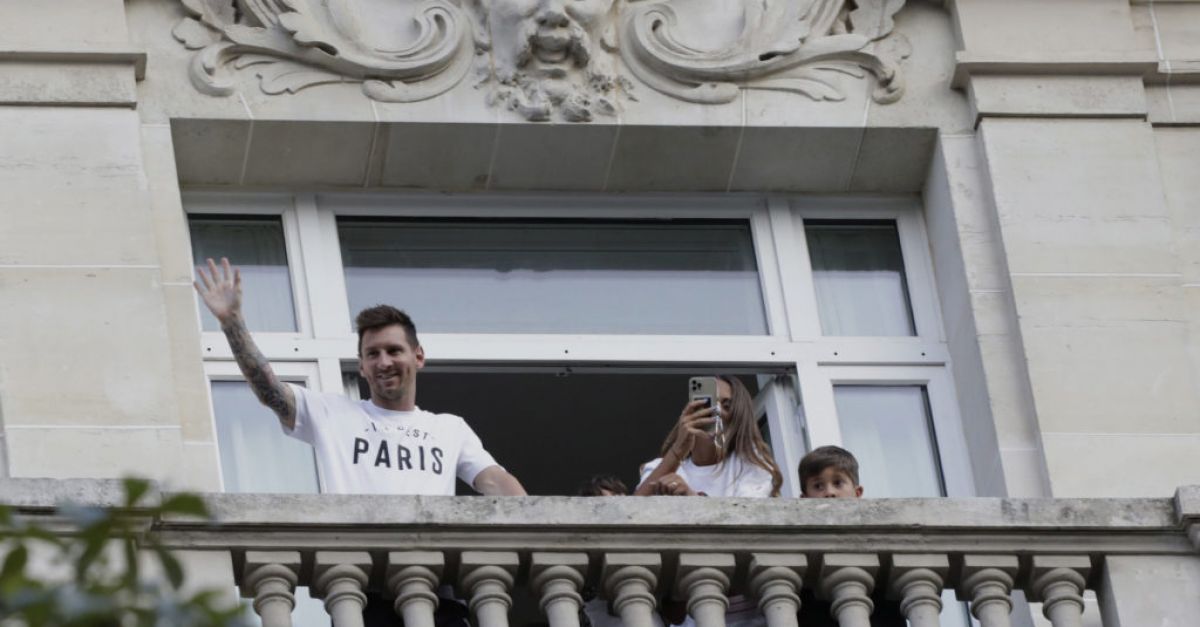 Lionel Messi has vowed to “help build something special” at Paris St Germain after launching a new phase of his illustrious career in France.

The worst-kept secret in world football was finally confirmed on Tuesday night when the 34-year-old, who bade an emotional farewell to former club Barcelona after 21 years on Sunday, was confirmed as a PSG player on a two-year deal, with the option of a third.

Six-times Ballon d’Or winner Messi joins former Barca team-mate Neymar and France star Kylian Mbappe at the Parc des Princes in a mouth-watering frontline, and has signalled his intention to add to the 35 trophies he helped to lift during his 21-year stay at the Nou Camp.

Messi, who will wear the number 30 shirt, said: “I am excited to begin a new chapter of my career at Paris St Germain. Everything about the club matches my football ambitions. I know how talented the squad and the coaching staff are here.

“I am determined to help build something special for the club and the fans, and I am looking forward to stepping out onto the pitch at the Parc des Princes.”

The football was rocked on Thursday night when Barca president Joan Laporta confirmed that the club and its star player had been unable to agree terms on a contract extension which would fall within LaLiga’s financial regulations, even after the Argentina international offered to take a 50 per cent pay cut.

Messi, who had joined the Catalan giants as a 13-year-old, was reduced to tears as he took his leave a a press conference on Sunday morning, but by then wheels were already in motion to take him to PSG.

He was pictured wearing an ‘Ici c’est Paris’ – This is Paris – T-shirt after touching down in Paris to undergo a medical, with the club teasing his capture on their social media accounts throughout the afternoon with the message “A new diamond in Paris”.

He was captured by cameras once again after his arrival at the Parc des Princes, where jubilant fans had been gathering for some time to greet him.

Confirmation finally came at around 9.20pm BST, with the player expected to be unveiled to the media at 10am BST on Wednesday.

A PSG statement said: “Paris St Germain is delighted to announce the signing of Leo Messi on a two-year contract with an option of a third year.

“The six-time Ballon d’Or winner is justifiably considered a legend of the game and a true inspiration for those of all ages inside and outside football.

“The signing of Leo reinforces Paris St Germain’s aspirations as well as providing the club’s loyal fans with not only an exceptionally talented squad, but also moments of incredible football in the coming years.”

Messi, who scored 672 goals in 778 appearances for Barcelona, is the highest-profile of a series of stellar names to join the club on a free transfer this summer, following in the footsteps of Euro 2020-winning Italy keeper Gianluigi Donnarumma, former Real Madrid skipper Sergio Ramos and ex-Liverpool midfielder Georginio Wijnaldum.

The lack of a fee, however, does not mean his capture has not been a costly exercise. Some reports have suggested his annual salary could amount to 35million Euros, or around £29.7million.

As a result, the onus will now been even more heavily upon head coach Mauricio Pochettino to deliver the Champions League success PSG’s Qatar Sports Investments owners crave, but the former Tottenham boss cannot argue he does not have the tools to do it.

Chairman and chief executive Nasser Al-Khelaifi said: “I am delighted that Lionel Messi has chosen to join Paris St Germain and we are proud to welcome him and his family to Paris.

“He has made no secret of his desire to continue competing at the very highest level and winning trophies and naturally our ambition as a club is to do the same.

“The addition of Leo to our world class squad continues a very strategic and successful transfer window for the club. Led by our outstanding coach and his staff, I look forward to the team making history together for our fans all around the world.”