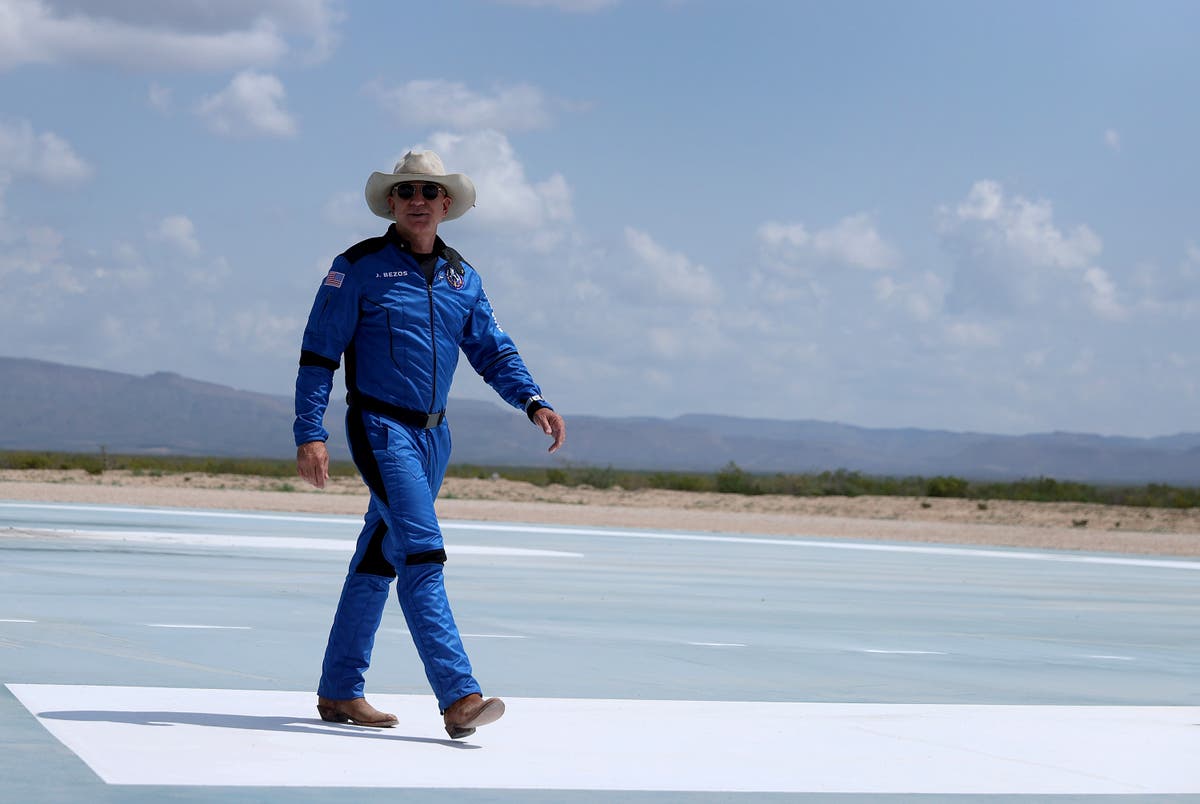 Blue Origins founder and chief Jeff Bezos has offered Nasa a discount of $2bn for a contract to build a landing vehicle for a future moon mission already bagged by his rival Elon Musk’s company SpaceX.

In April, a $2.9bn contract to build the landing system to carry astronauts to the lunar surface for a planned 2024 mission was awarded to SpaceX, rejecting Blue Origin’s bid.

Since Musk’s company had the lowest bid, and SpaceX had a proven record of successful orbital missions, including payload deliveries to the International Space Station, Nasa had awarded it the contract.

The US space agency said it had received only $850m from the Congress while it had requested $3.3bn to build the Moon lander, and that it could award the contract to only one company.

In response to Nasa’s decision, Blue Origin filed a protest with the US Government Accountability Office (GAO) that halted SpaceX’s contract till a ruling on it was made within a deadline of 2 August.

And now, in an open letter to Nasa Administrator Bill Nelson, Bezos has offered to restore competition to the Human Landing System (HLS) programme by closing the US space agency’s budgetary shortfall with a waiver of $2bn on payments.

It intends to encourage Nasa to fund a second landing system in addition to the contract bagged by SpaceX.

In a letter to NASA, Jeff Bezos offers to waive up to $2 billion in payments to “bridge the HLS budgetary funding shortfall” while Blue Origin would fund a pathfinder mission itself in exchange for a lunar lander contract. https://t.co/xzPgbFh08v

“Blue Origin will bridge the HLS budgetary funding shortfall by waiving all payments in the current and next two government fiscal years up to $2bn to get the programme back on track right now,” the company noted in the letter.

It emphasised that the offer is “not a deferral,” but a permanent waiver of $2bn in payments for the first two years if NASA adds Blue Origin’s moon lander to the agency’s HLS programme.

“We created a 21st-century lunar landing system inspired by the well-characterised Apollo architecture — an architecture with many benefits. One of its important benefits is that it prioritises safety,” Bezos noted about the Blue Moon lander.

In addition, the company said it would also fund the space vehicle’s test launch to low-Earth orbit which is likely to cost millions more.

“This contribution to the programme is above and beyond the over $1bn of corporate contribution cited in our Option A proposal that funds items such as our privately developed BE-7 lunar lander engine and indefinite storage of liquid hydrogen in space,” it noted. He said these contributions are in addition to the $2bn waiver of payments.

While Musk’s Starship is powered by innovative methane-fuelled engines, Bezos emphasised Blue Origin’s use of hydrogen fuel which aligns with Nasa’s ideas for future missions to utilise water-ice on the Moon that can be split into hydrogen and oxygen to refuel rockets.

“I believe this mission is important. I am honoured to offer these contributions and am grateful to be in a financial position to be able to do so,” Bezos said in the open letter.