Already pretty much SMD components have ceased to be something outlandish in the bins of ordinary radio amateurs. And this is not surprising, because when assembling circuits, they give a lot of advantages – the most obvious of them, a significant minimization of the board size, the ability to manufacture double-sided boards, and simply savings – often SMD components are cheaper than their output counterparts. However, the use of SMD components also causes some difficulties in working with them due to their small size. For example, if any microcircuit in a DIP package can be easily inserted into a socket in seconds, flashed (if it is a microcontroller) and then rearranged into another socket already on the device board. With microcircuits in SMD cases, it will not work out so easily, therefore they are usually stitched already after being sealed into the circuit, leaving special contacts for connecting to the programmer. However, sometimes it becomes necessary to connect an SMD microcircuit to the programmer before soldering it, here a special clamp device, described below, will come to the rescue. 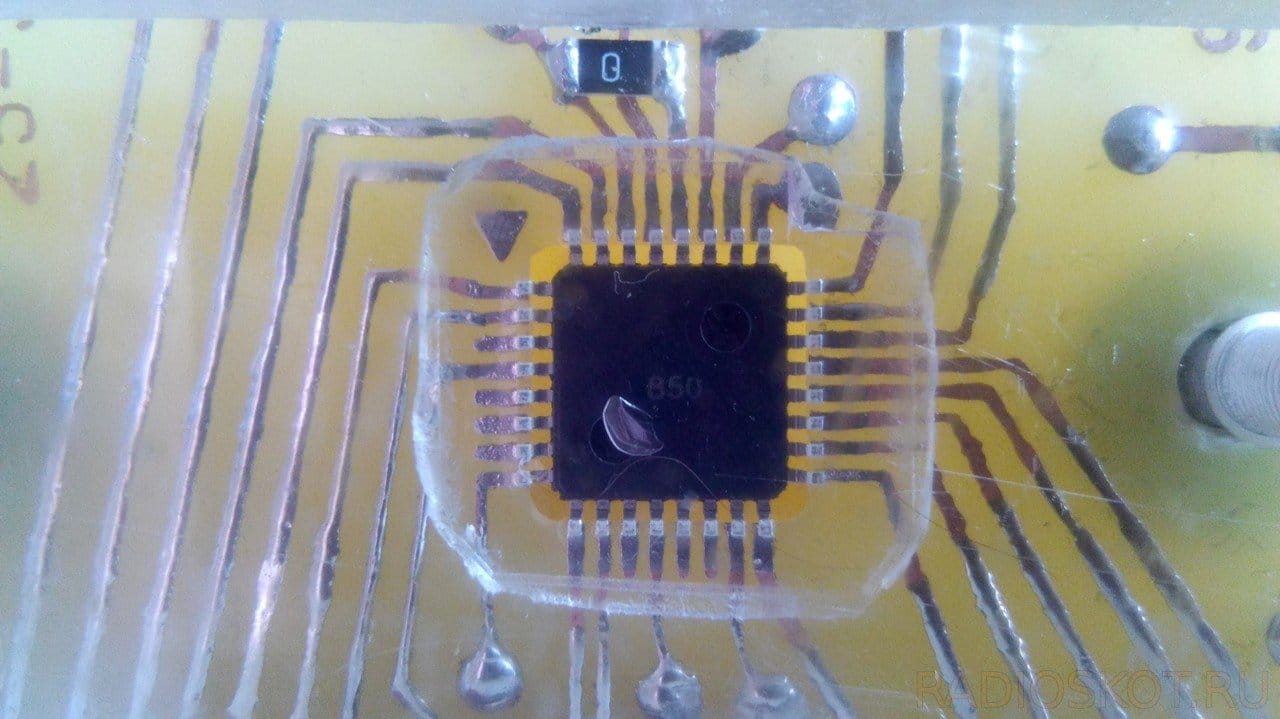 The principle of such an adapter is clear from the photo – first, a PCB is made of a board with tracks that connect the microcontroller's pins with a comb connector, and then a hole is cut in the board in place of the microcontroller itself. The author has made an adapter for the TQFP package, however, in absolutely the same way, you can make an adapter for any other SMD package, with any number of pins. The trick lies in the hole on the board – it must exactly match the size of the microcircuit case, while the microcircuit itself is placed in this hole upside down. This is the main advantage of the adapter – self-centering, “falling” into the hole, the body of the microcircuit takes one fixed position and each of its outputs falls on its own track on the textolite board. From above, the leads are pressed with a plexiglass (plexiglass) plate, the clamp provides a reliable electrical contact of each lead. For convenience, it is plexiglass that is used because of its transparency, in order to control how the body has laid down in its place in the hole.
At first, the author made a pressure plate from a thin piece of plexiglass, but because of the pressure, cracks formed on it. According to the author, the optimal plate thickness is 5-6 mm, which will provide good transparency and ease of use. When manufacturing, it is imperative to provide a label on the board for alignment with the microcontroller key.
Also, during manufacturing, it is important to ensure a flat plane of the board surface in the place where the microcircuit will contact with the tracks. The author suggests tinning the tracks, and then providing a level surface by sanding. 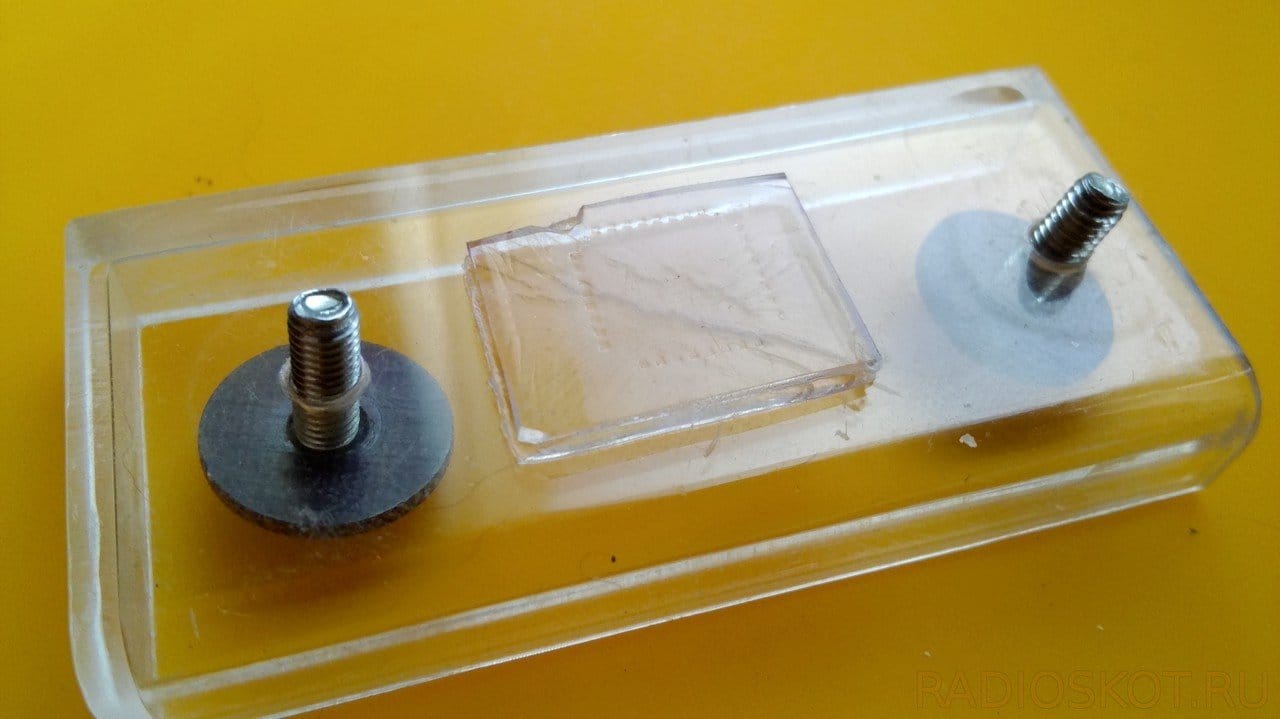 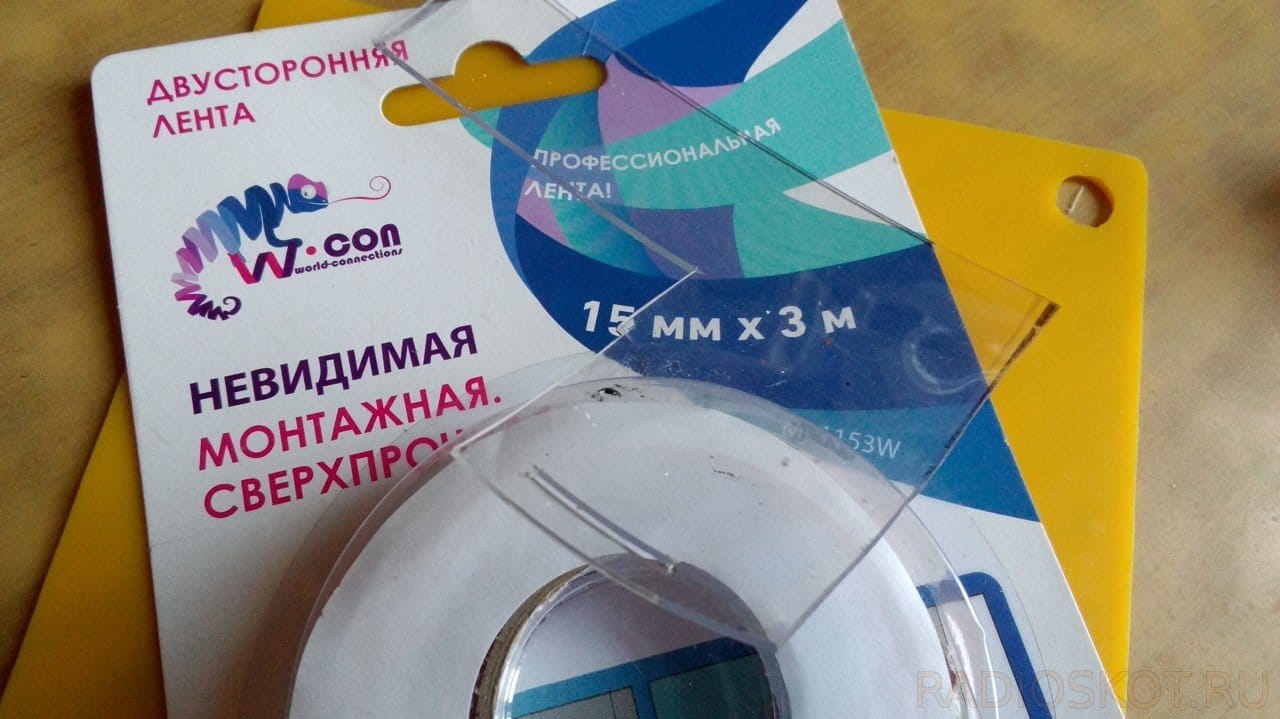 On the pressing plexiglass plate from the side of the microcircuit, a softer elastic material is glued to the double-sided adhesive tape to ensure uniform pressure of all legs. Thus, a very easy-to-use adapter has turned out that will allow you to quickly connect microcircuits to the programmer. In the photo below, the same adapter is shown as part of a programmer. Happy build!

Powerful load control with one button