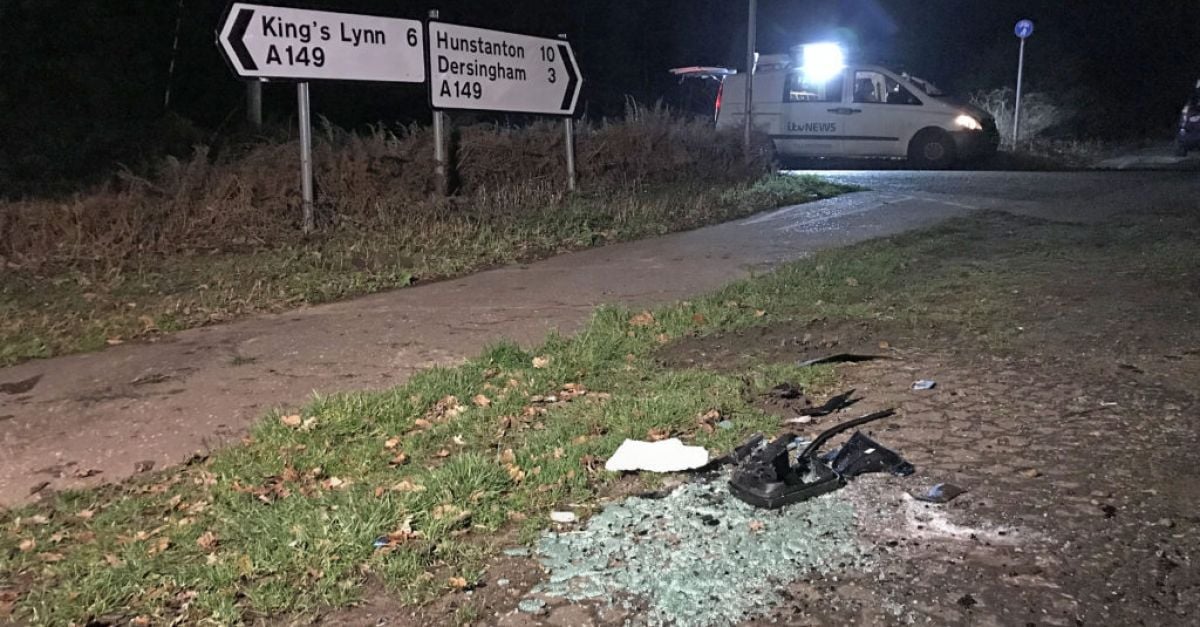 A road where Britian’s Prince Philip was involved in a car crash is having its speed limit cut by 10mph.

Prince Philip Philip, who was 97 at the time, flipped his Land Rover Freelander on January 17th, 2019 after colliding with a Kia car as he pulled onto the A149 in Norfolk.

Prince Philip, who said he was dazzled by low sun, was left unhurt while two women, the driver and passenger of the other vehicle, required hospital treatment.

He apologised for his part in the crash, near the Queen’s Sandringham estate, and voluntarily surrendered his driving licence. He did not face charges.

Norfolk County Council said the speed limit on the A149 will be cut from 60mph to 50mph, following a consultation carried out last year.

The change will affect the main road between Babingley and the Dersingham roundabout, and between Snettisham and Heacham.

The council said both sections of the busy A149, which runs between the town of King’s Lynn and the north Norfolk coast, have a poor injury-accident record.

The southern section between Babingley and the roundabout with the B1440 has had eight personal injury accidents recorded over the past five years, with one classed as serious.

The northern section between Paper Hall Farm and Heacham has seen 10 personal injury accidents over the past five years, including a fatality and two other serious collisions.

Councillor Martin Wilby, UK cabinet member for highways, infrastructure and transport, said: “Sadly this part of the A149 has seen a number of serious accidents due to excessive speeds so I welcome this change to help make the route safer for the more than 14,000 vehicles that use it every day.

“We hope this safety improvement will help to complement other recent changes along the road between King’s Lynn and Hunstanton that has seen average-speed cameras installed and changes to road signs and markings.”

The new 50mph signs are expected to be installed this autumn when the new limit will come into effect.

Prince Philip died aged 99 on April 9th this year, just two months before he would have turned 100.