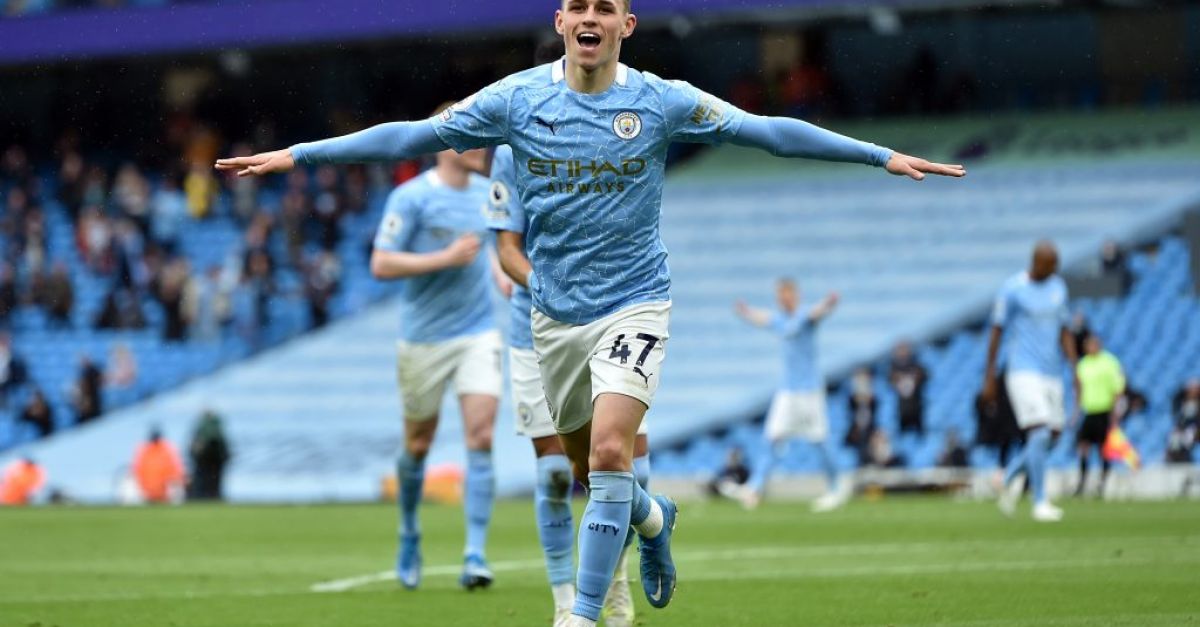 Phil Foden has revealed he is likely to miss the first three or four weeks of the new season with his foot injury.

The Manchester City midfielder is still troubled by the problem that ruled him out of England’s appearance in the Euro 2020 final this summer.

The 21-year-old told Sky Sports News: “It is still a little bit sore. It was such a shame to do it just before the Euro final. It was really unfortunate but I am working hard in the gym and hopefully I can get back as soon as possible.

“I would say (it will be) around three to four weeks. Hopefully it flies by and I can just get back on the pitch.”

Foden’s injury will means he will have to wait to line up alongside his England team-mate Jack Grealish, City’s new record £100million signing.

He said: “I am really happy he has signed here and hopefully I can just get back playing with him and enjoy my football.

“He’s fearless on the ball and can change a game on his own. He’s a really special player for us and he’s going to be key for us.”

City playmaker Kevin De Bruyne is also set to miss the start of the Premier League season with the ankle problem he sustained on international duty with Belgium in the summer.