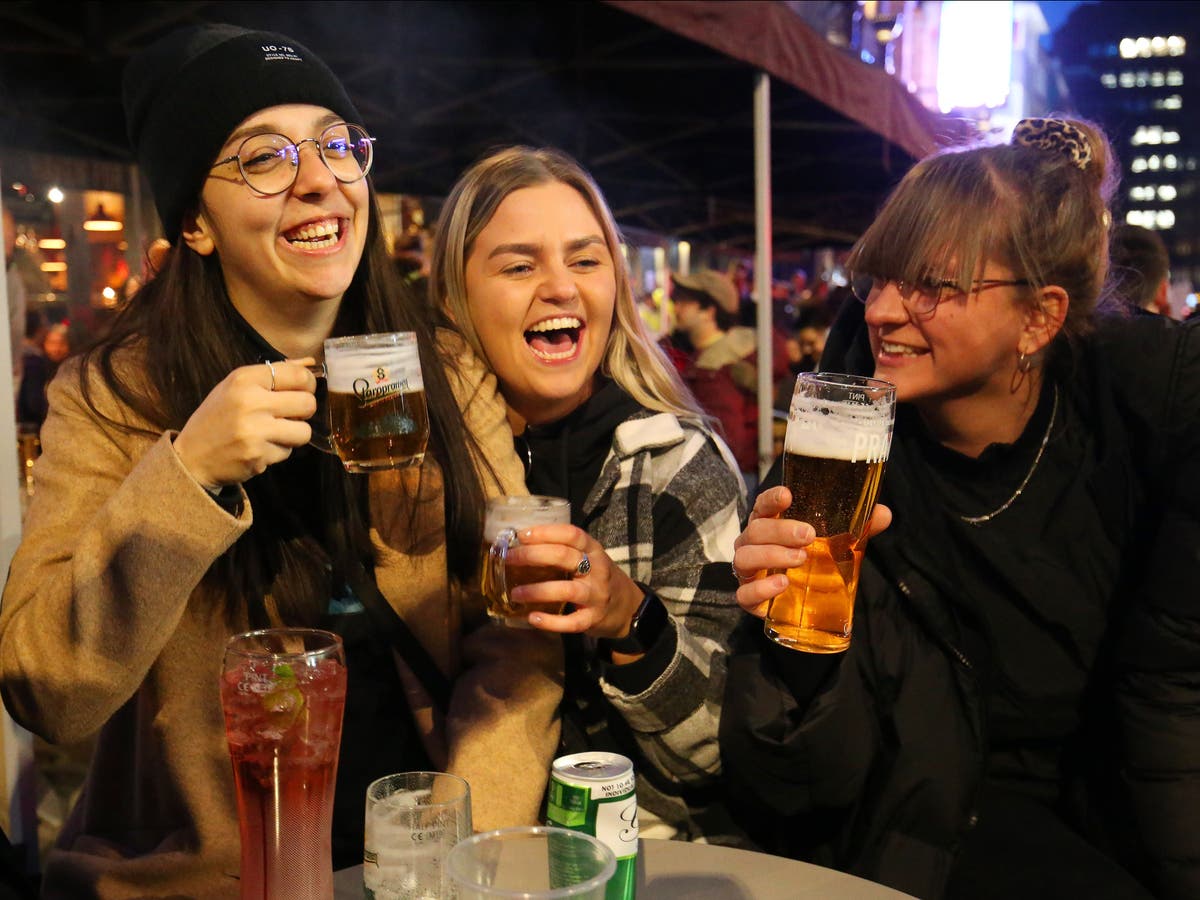 The UK economy grew by 4.8 per cent in the second quarter of 2021 as lockdown restrictions lifted and Britons returned to shops, pubs and restaurants, according to the latest official figures.

The country’s gross domestic product (GDP) increased by a further 1 per cent in June, the Office for National Statistics has said – creating five consecutive months of growth.

But the latest figures fell short of the Bank of England’s forecast, as economists expected GDP to rise by 5 per cent over the period when most of the economy reopened.

Outdoor dining opened again in April, the first month the quarterly data includes, and further restrictions were lifted in May as Covid lockdown restrictions slowly eased through much of the quarter.

Chancellor Rishi Sunak said the latest figures showed the UK was “bouncing back” from the Covid crisis, claiming the figures as evidence that “the government’s plan for jobs is working”.

Mr Sunak added: “Today’s figures show that our economy is on the mend, showing strong signs of recovery. I know there are still challenges to overcome, but I feel confident in the strength of the UK economy and the resilience of the British people.”

Jonathan Athow, the ONS’ deputy national statistician for economic statistics, said: “The UK economy has continued to rebound strongly, with hospitality benefiting from the first full month of indoor dining, while spending on advertising was boosted by the reopening of many services.”

ONS pointed out that Britain’s GDP is still around two per cent below its pre-pandemic peak.

Despite the encouraging news for retail and hospitality, the UK’s vehicle production plummeted by 16.7 per cent during the latest quarter because of “a global semiconductor shortage”.

The surge of the Covid Delta variant and the boom in the number of people self-isolating when “pinged” by the NHS app has undermined some of the recent growth.

Nevertheless, the data marks a major improvement from the first months of the year. In the first quarter the economy contracted by 1.6 per cent as it battled with prolonged lockdowns.

Ministers have been urged to do more to support struggling households when the furlough scheme ends in September, as economists warn that 1.9 million workers remain in a “critical” position.

Unions have urged the chancellor to consider a permanent part-time furlough scheme to protect workers’ jobs during recessions and downturns.

A policy paper drawn up by the Trades Union Congress (TUC) calls for the creation of a “short-time work” scheme that would allow employers to temporarily reduce workers’ hours, but have the state cover most of the lost wages.

Similar schemes have long been operating in countries like Germany, where it is known as kurzarbeit and is credited with saving jobs and cushioning firms’ productivity during economic crises.

Responding to Thursday’s GDP figures, Rachel Reeves MP, Labour’s shadow chancellor, said: “After overseeing the worst economic crisis of any G7 country, the Conservatives have done nothing to tackle the insecurity in our economy.

“Our recovery should be built on secure, well paid jobs, thriving industries, strong public services, support for communities across the country and a sustainable future. The Conservatives have failed to make that happen.”

Chancellor Rishi Sunak has promised that the UK will "absolutely" not return to austerity as new figures show the economy grew by 4.8% in the second quarter of the year.

The Liberal Democrats also warned the government against thinking that support could be withdrawn from the economy because of higher GDP.

“These figures shouldn’t lull us into thinking that all our problems are solved. We still face potentially massive obstacles if the government goes ahead with ending the furlough scheme and the universal credit uplift at the end of next month,” said the party’s Treasury spokeswoman Christine Jardine.

Mr Sunak promised that the UK would “absolutely” not return to austerity. “People are going to see very strong investment in public services.”