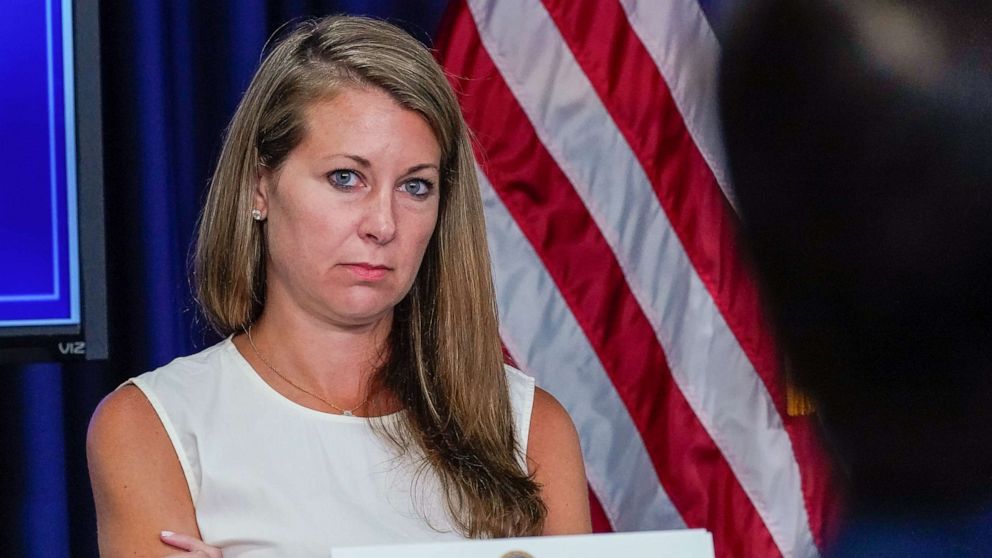 Melissa DeRosa resigned Sunday as the top aide to embattled New York Gov. Andrew Cuomo, less than a week after state investigators said he allegedly sexually harassed 11 women and she was part of the “retaliation” against one of his accusers.

As secretary to the governor, DeRosa was the most powerful unelected bureaucrat in state government and, until now, stood loyally by Cuomo even through recent controversies, including scandals like the sexual harassment allegations to nursing home death data, to the use of state resources to write his book.

Cuomo has denied these allegations and scandals.

In a statement, DeRosa did not mention Cuomo by name but said it had been “the greatest honor of my life to serve the people of New York for the past ten years.”

She added, “the past two years have been emotionally and mentally trying,” but did not explain whether that meant the pandemic or the controversies that have engulfed the governor and have state lawmakers beating the drums of impeachment.

“I am forever grateful for the opportunity to have worked with such talented and committed colleagues on behalf of our state,” DeRosa’s statement said.

DeRosa’s name appears throughout the attorney general’s report, particularly in the section that details accusations made by Lindsey Boylan.

Boylan, who formerly worked as an aide to the governor, spoke out in December in a series of tweets claiming Cuomo “sexually harassed me for years.”

“Ms. Boylan said Ms. DeRosa would scream at her and yell at her for illogical things,” the report said. It also described DeRosa’s role in releasing Boylan’s confidential personnel file to reports after Boylan went public with her accusations against Cuomo.

“Ms. DeRosa made the decision to disclose the confidential files on December 13, the day Ms. Boylan tweeted that the governor had sexually harassed her,” the report said.

Cuomo has denied the allegations raised by Boylan and all other accusations of sexual harassment and misconduct.

Bommai in Delhi to consult BJP chief on cabinet expansion

Polavaram: No compensation yet to families evicted from lands 10 years ago