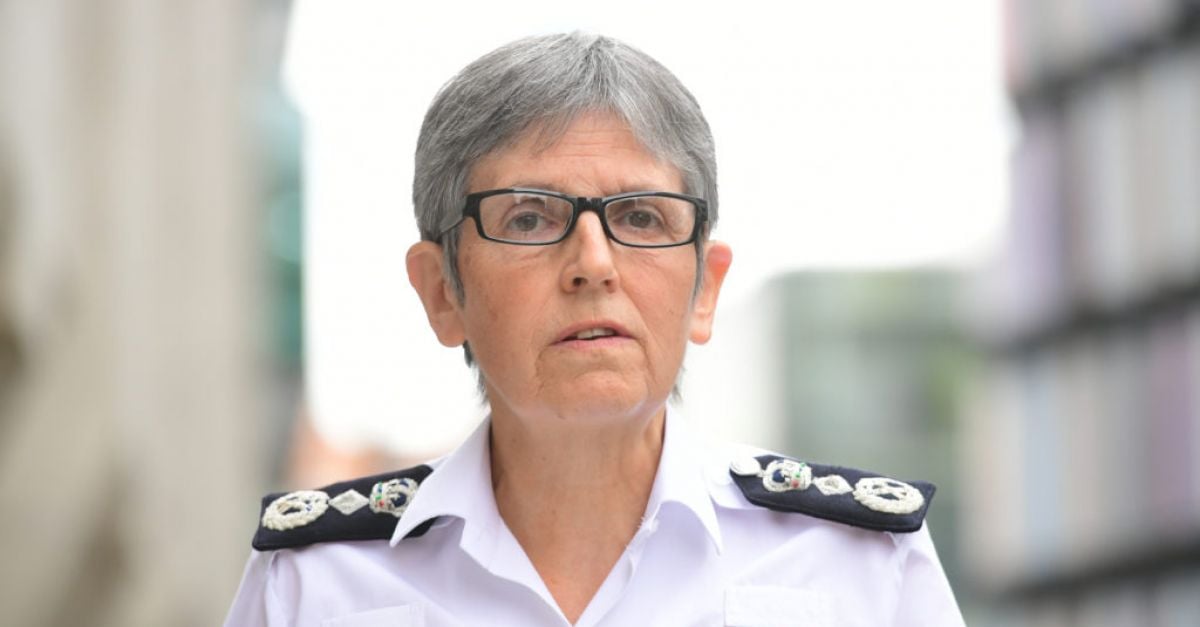 London’s Metropolitan Police Commissioner has defended the actions of officers during the Euro 2020 final in the city, saying they faced a “pitched battle” with fans amid scenes of “violence” and “yobbery”.

Dame Cressida said she did “deeply regret” that people got into the ground, but officers helped stop “a far worse tragedy by showing great courage and bravery”.

She said the football tournament had been “mostly very safe” but on the afternoon and evening of the final, in which England played Italy, there were “appalling scenes of violence, of yobbery, drunkenness” and people “determined to force their way into Wembley”.

She added: “We also had difficulties to say the least in Trafalgar Square, where many thousands of people were in what I would describe pretty much as a pitched battle with police officers who were trying to prevent a tragedy, perhaps where they were trying to force their way into the fanzone.”

Dame Cressida said they were “scenes that nobody wants to see in this country”, adding that “sadly both violence and drunkenness are still associated on occasion with football”.

She said 56 arrests were made on the day and 16 more since, with the public helping to identify people from images released by police.

Dame Cressida said she has commissioned a review into the incident, while the Football Association has ordered an independent review.

She explained that the match came amid “unique circumstances” of the pandemic and England’s 55-year wait to be in a major final, with digital ticketing and the need to show proof of a negative lateral flow test meaning the perimeter at Wembley was “a long way from where it would normally have been”.

Nearly 400 officers were deployed in the morning, with more later on, she said.

She backed her previous comments of being proud of officers policing the match, adding: “The people who were there did come under sustained abuse and assault and they did protect hundreds and thousands of people.”

Asked whether there had been a “failure of intelligence”, Dame Cressida added: “We need to look at what did we know and what could we have known that would have shown that people were going to arrive as they did as early as they did.”

She said the area around Wembley was “challenging” for police, adding that at the final there were large numbers of people who were “very aggressive, very drunk very early, (and) able to drink in the area excessively”.

She continued: “People who were mixed up with children, with people in prams, with families.

“For a police officer faced with that, what you actually want to do when you see a crowd of drunken yobs is to shift them if you possibly can, and you go in and do that very firmly.

“You can’t do that down some steps with a lot of families (with) prams. So it was a challenging situation.”

Dame Cressida said the Met would be “hard on ourselves” and “will see whether there are lessons for the future”.