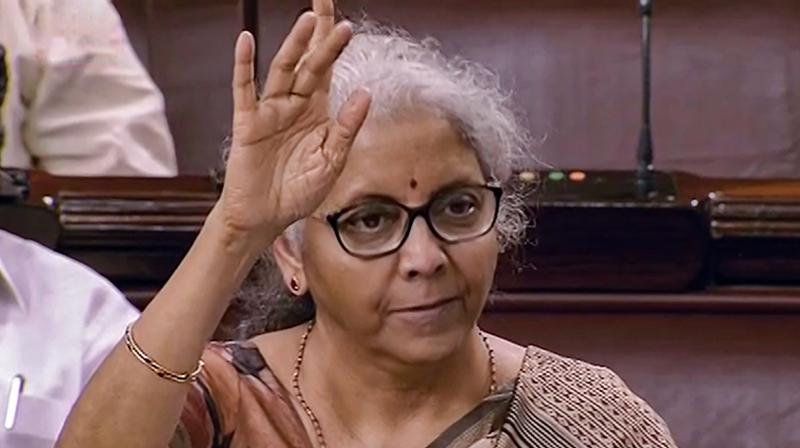 New Delhi: The Rajya Sabha was adjourned for the day on Tuesday amid continuous protest by opposition parties over their demand for a discussion on the use of Pegasus spyware, farmers' agitation against farm reform laws and other issues.

However, the House passed the Insolvency and Bankruptcy Code (Amendment) Bill, 2021 with a brief discussion amid the ruckus created by opposition parties.

As soon as the House resumed after lunch at 2 pm, BJP member Bhubaneshwar Kalita in Chair asked Finance Minister Nirmala Sitharaman to move the Insolvency and Bankruptcy Code (Amendment) Bill, 2021.

Soon after, the opposition members started their protest and trooped into the Well of the House and remained there throughout. They also continued sloganeering.

John Brittas (CPI-M) also rose to participate in the debate, but then started taking about issues like snooping, saying that the democracy is in danger.

After the brief debate by a few members, the bill was moved for passage in the House and it was passed with voice vote amid the din by the opposition.

Referring to the behaviour of opposition members, Sitharaman said it was unacceptable that they disrupted the members from participating in the debate and surrounded them in a threatening fashion.

She also expressed her dismay over opposition members throwing pieces of paper on the chair, disrespecting the House.

The bill seeks to replace the IBC Amendment Ordinance, 2021 promulgated in April which introduced pre-packs as an insolvency resolution mechanism for micro, small and medium enterprises (MSMEs) with defaults up to Rs 1 crore.

The Lok Sabha had passed the bill on July 28.

The bill proposes a new chapter in the IB Code to facilitate the pre-packaged insolvency resolution process for corporate persons that are Micro, Small and Medium Enterprises (MSMEs).

There would be a penalty for fraudulent or malicious initiation of the pre-packaged insolvency resolution process, or with intent to defraud persons, and for fraudulent management of the corporate debtor during the process.

Further, punishment would be meted out for offences related to the pre-packaged insolvency resolution process.

Bommai in Delhi to consult BJP chief on cabinet expansion

Polavaram: No compensation yet to families evicted from lands 10 years ago