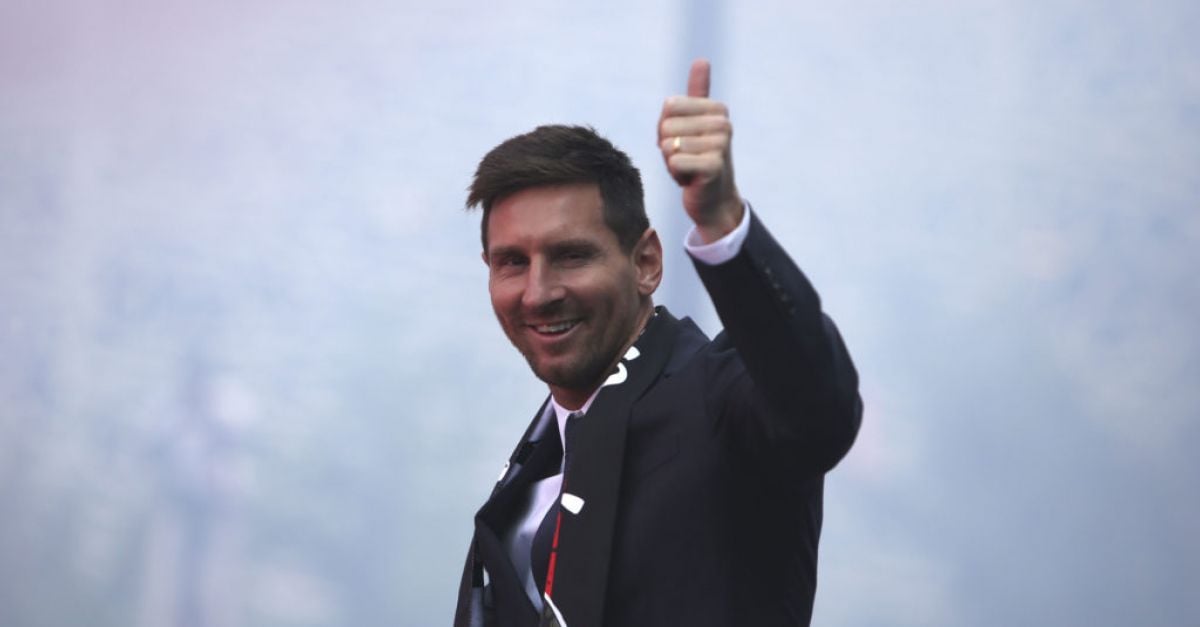 Lionel Messi has been unveiled as a Paris St Germain player after a whirlwind six days which started with his exit from Barcelona after a 21-year association with the club.

The Argentina international was presented to thousands of wildly excited fans outside the Parc des Princes on Wednesday, but his performance in front of the media was slightly more circumspect.

Here, the PA news agency takes a look at some of the highlights from his first public appearance as a PSG player.

A reunion with Neymar

PSG’s Brazil superstar Neymar left Barcelona in 2017 reportedly due to not wanting to play in Messi’s shadow but was, apparently, one of the driving forces in persuading his fellow South American to move to the French capital. “Neymar, of course, did a lot and was important in my signing,” Messi said.

In addition to their established players, the Ligue 1 club have also signed Real Madrid veteran Sergio Ramos, Liverpool midfielder Georginio Wijnaldum, AC Milan goalkeeper Gianluigi Donnarumma and Inter Milan’s Achraf Hakimi. “It’s madness to be able to work with such great players on a daily basis. PSG have made spectacular signings on top of the players that were already here,” the former Barcelona forward enthused.

Fans may be made to wait

Messi’s involvement in Argentina’s success in winning the Copa America meant he returned to pre-season training later than many of his team-mates. The Ligue 1 campaign has already kicked off and PSG host Strasbourg on Saturday, but Messi’s entry may be delayed. “I have been inactive for the last month so I basically have to do a pre-season by myself,” he said.

Affinity with the manager

In Messi’s final couple of years at Barcelona he did not always see eye to eye with his managers, but in Mauricio Pochettino – former boss of Barca’s city rivals Espanyol – he has someone he trusts. “The fact we are both Argentinian helped,” Messi said of the decision to move to Paris. “I’ve known him for a long time and we have always got on well. As soon as I heard the move was possible, I spoke to him right away.”

A side issue to the Messi media extravaganza was what it meant for the club’s prolific, young France striker Kylian Mbappe, coveted throughout Europe and in the final year of his contract. PSG president Nasser Al-Khelaifi basically laid down an ultimatum, saying: “He (Mbappe) wanted a competitive team and I think we have the most competitive in the world so there is no excuse for him now, he can’t do anything else but stay.”

Al-Khelaifi, chairman of PSG’s ownership group Qatari Sports Investments, defended the club’s continued massive spending – estimated to be more than £1billion since they took over in 2011 – with Messi on a reported £570,000 a week. “We talk to financial and legal people, you see we sign Lionel Messi – that means we can sign him. Through it all we look at Financial Fair Play and always we will fulfil Financial Fair Play regulations,” he said.