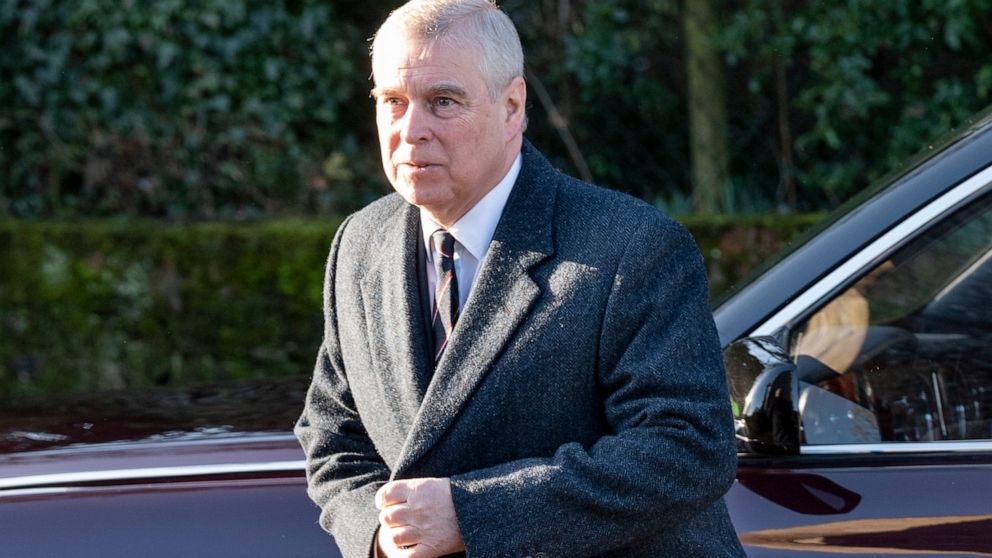 The head of London’s Metropolitan Police, Dame Cressida Dick, was asked on Thursday about the new civil lawsuit against Prince Andrew filed Monday in a New York court by Virginia Giuffre, an alleged victim of sex offender Jeffrey Epstein.

Giuffre is accusing Prince Andrew of sexually abusing her at locations including Epstein’s Manhattan mansion before she turned 18.

London’s chief of police said her team was “open to working with authorities from overseas” and are themselves reviewing their position, saying that “no one is above the law.” She also confirmed that there’s currently no investigation open.

Dick was speaking on her monthly radio phone-in program on LBC, a London radio station.

Nick Ferrari, the interviewer, asked her, “What investigation is taking place into the allegations of Virginia Roberts concerning Prince Andrew?”

She replied: “I’m not going to talk about individuals, but what I can say is that I think what you’re referring to is associated with Jeffrey Epstein, who I will talk about since he is deceased.

“The position there is that we have had more than one allegation that is connected with Mr. Epstein, and we have reviewed those, assessed those and we have not opened an investigation.”

Ferrari replied: “If there are reports of underage girls being trafficked to London to have sex with the Duke of York, isn’t that something you’d want to take a look at?”

Dick explained she’d reviewed the evidence twice and concluded that “that there is no investigation to open.”

“What we will look at is, is there evidence of a crime? Is this the right jurisdiction for it to be dealt with? And is the person against whom the crime alleged still alive?” she responded. “Those are the three things that we do look at and have looked at in these cases. And we have concluded that there is no investigation to open, and we haven’t.

“I’m aware that there’s been a lot of commentary in the media and an apparent civil case going on in America and we will again, of course, review our position.”

When asked for further explanation as to what the commissioner meant by “review our position,” the Metropolitan Police said in a following statement to ABC News: “We do not comment on named individuals who are alive unless they have been charged with an offence.”

In her interview with LBC, Dick also refused to comment on whether she’s seen the testimony from Prince Andrew’s police protection officers.

Ferrari quizzed her, “Have you seen the testimony from the Duke of York’s royal protection team pertaining to the night of the allegations which he strenuously denies what took place in a London apartment?”

Dick replied: “I’m not going to comment any further. … It’s been reviewed twice before, we’ve worked closely with the CPS, we are of course open to working with authorities from overseas, we will give them every assistance if they ask us for anything — within the law, obviously — and as a result of what’s going on I’ve asked my team to have another look at the material.”

“No one is above the law,” she added.

The Met police do not comment on security but there has been much speculation that their records could help to establish Prince Andrew’s movements on the night that Virginia Giuffre alleges he sexually assaulted her.

Prince Andrew has consistently denied these allegations. In a 2019 interview with the BBC, he said, “I’ve said consistently and frequently said that we never had any sort of sexual contact whatever.”

He claimed to have no memory of ever meeting her and suggested that a widely circulated photograph of him with his arm around the waist of the then-17-year-old Giuffre, allegedly taken by Epstein in the London home of Ghislaine Maxwell in 2001, might have been doctored.

The prince also contended that he had an alibi for the date of the alleged encounter, claiming he was home with his daughter, Beatrice.

“I was at home,” the prince said. “I was with the children, and I’d taken Beatrice to a Pizza Express in Woking for a party at, I suppose, sort of 4 or 5 in the afternoon. And then, because the duchess was away, we have a simple rule in the family that when one is away the other one is there. I was on terminal leave at the time from the Royal Navy, so therefore I was at home.”

The prince’s interview was harshly criticized in the British press and, within days, he released a new statement conceding that his “former association” with Epstein had become a major distraction for the royal family, and he stepped back from official duties.

He vowed in that statement that he would be willing “to help any appropriate law enforcement agency with their investigations.”

But since then there have been complaints from the Southern District of New York that the prince has not cooperated with their requests to interview him as a witness for the federal investigation into sex trafficking by Jeffrey Epstein and his associates.

Prince Andrew’s lawyers, Blackfords LLP, however denied this, issuing a statement in June 2020 saying the prince had offered “his assistance as a witness to the DOJ” several times.

The beleaguered royal was last seen Tuesday arriving at his mother’s Scottish home, Balmoral Castle, accompanied by ex-wife Sarah Ferguson. Several UK newspapers are reporting that they are holding crisis talks, deliberating the best response to this lawsuit.

“Now that this lawsuit has been filed, unless it is stopped in its tracks, it doesn’t seem that any of the options for Prince Andrew and his legal team will be particularly palatable to him,” said ABC News Royal Contributor Victoria Murphy.

Legal opinions vary as to what the prince might do, but his options appear to be fourfold.

Firstly, he could ignore the entire thing, the case could go ahead without him and a possible default judgment and damages could be entered against him.

Secondly, he could instruct lawyers to argue that the case is spurious and lacking in evidence in the hopes it would be thrown out before trial.

Thirdly, he could agree to answer questions under oath, attend the trial and defend himself.

And lastly, he could agree to settle the claims out-of-court.

Each option has its own pitfall.

“No one could have predicted just how low Prince Andrew’s reputation could have plummeted in the last two to three years,” Murphy added. “The accusations that have been leveled against him, the fact they’ve been so widely reported and his attempts to draw a line under them spectacularly backfiring have all left his reputation in tatters — and has the potential to seriously impact people’s perception of the monarchy.”

No member of the royal family has made a public comment about the latest developments, and Buckingham Palace told ABC News that this was a legal matter and for Andrew’s lawyers to respond. A spokesman for Prince Andrew said there would be no comment on the new lawsuit.

The Times of London, however, quotes a source close to Prince Charles as saying, “This will be unwelcome reputational damage to the institution. [Prince Charles] has long ago concluded that it is probably an unsolvable problem. This will probably further strengthen in the prince’s mind that a way back for the duke is demonstrably not possible, because the spectre of this [accusation] raises its head with hideous regularity.”

The source also said, “The prince loves his brother and has the ability to have sympathy for the slings and arrows that his brother endures, whatever the reasons may be. His ability to support and feel for those having a tough time is well known.”

It is a difficult position for the family to be in, Murphy explains, as they may be tainted by association whatever they do.

“The monarchy has done everything they can to distance itself officially,” she said. “He has stepped down from official duties, Buckingham Palace no longer speaks for him and he’s not being represented by royal lawyers, but the fact is, he is still the queen’s son. He’s at Balmoral now. There’s no avoiding that this will continue to damage the image of the monarchy and could even affect the standing of other royals.”

‘Sign of failure!’ Tom Tugendhat takes aim as UK and US re-deploy troops to Afghanistan