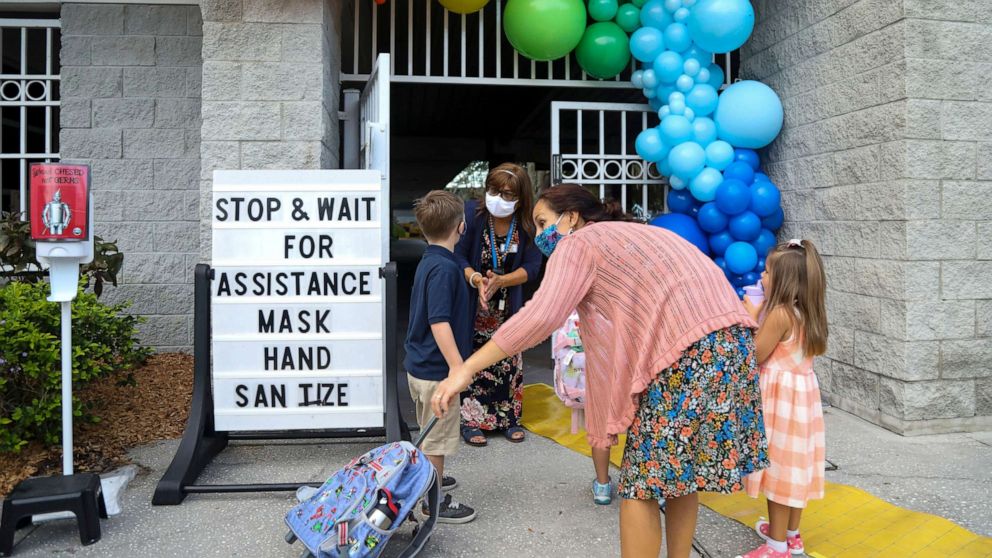 Florida’s education commissioner told the leaders of three school districts this week that he’s investigating them for “non-compliance” after they defied state rules by refusing to let parents opt out of mask requirements for their children.

In letters sent to the leaders of the Alachua, Broward and Leon districts, and obtained by ABC News, the commissioner, Richard Corcoran, threatened to withhold money from their salaries and gave them deadlines to respond with a plan “to remedy this glaring non-compliance.”

“There is no room for error or leniency when it comes to ensuring compliance with policies that allow parents and guardians to make health and educational choices for their children,” Corcoran wrote.

Alachua and Broward Counties have shown no indication of budging despite Corcoran’s threat.

In a response to the commissioner, Carlee Simon and Leanetta McNealy, the Alachua superintendent and school board chair, wrote in a letter that the order to require opt-outs from masks was “an extremely inappropriate use of state authority.” They didn’t indicate whether they would change their policy to allow parents to opt out of masks.

Broward County Public Schools has directed its lawyers to challenge the ban on mask mandates, Rosalind Osgood, chair of the school board, said at a press conference Tuesday.

Osgood spoke to the ABC News podcast “Start Here” and expressed her determination to stand up to the state’s threats.

“I personally can’t be bullied into parochial self-interest to make a decision where I put myself ahead of the lives of other people,” Osgood said in the interview, which aired Wednesday. “There is no monetary value that you can put on somebody’s life.”

Meanwhile, Leon County Schools caved to the state’s pressure, announcing at a board meeting Tuesday that it will now allow parents to opt their children out of wearing masks without giving a reason. The board said the opt-out form will go home with students Wednesday.

Last Friday, the Florida Department of Health issued an emergency rule that ordered districts requiring masks to let parents opt out without providing a reason.

As punishment, the state “could move to withhold the salary of the district superintendent or school board members,” Gov. Ron DeSantis’ press secretary, Christina Pushaw, said Monday.

The mask saga has bled into the start of the school year for some districts in the state. Students in Alachua County returned to classrooms Tuesday, while students in Leon County return Wednesday. The first day of school in Broward County is Aug. 18.

Preschool friends who battled cancer together reunite for the 1st time

Gov. Andrew Cuomo’s full resignation remarks: ‘The best way I can help now is if I step aside’

‘An important step towards justice’: Lawmakers react to Cuomo’s resignation