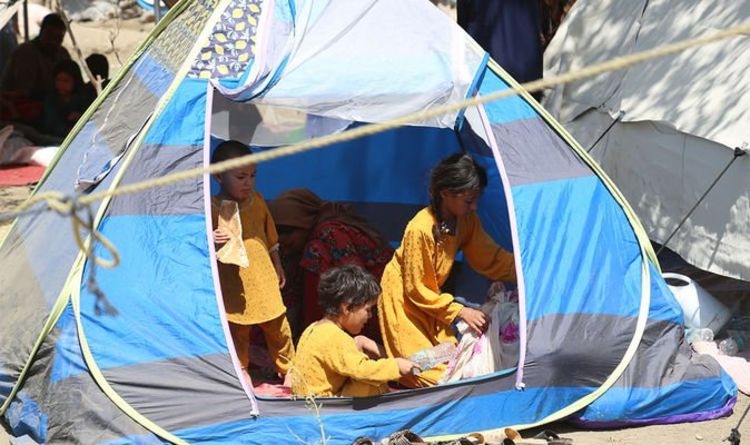 As the US, Nato and Britain pull out their troops after 20 years of combat, a resurgent Taliban has seized vast swathes of Afghanistan from Government forces. The Taliban now controls nine of 34 provincial capitals in Afghanistan.

Reports from Afghanistan have said Taliban fighters are going door-to-door and forcibly marrying girls as young as 12.

Jihadist commanders are said to have ordered imams in areas they have captured to bring them lists of unmarried women aged from 12 to 45 for their soldiers to marry because they view them as “qhanimat”, or “spoils of war”, to be divided up among the victors.

Fighters have then been going door-to-door to claim their “prizes”, even looking through the wardrobes of families to establish the ages of girls before forcing them into a life of sexual servitude.

He told BBC Breakfast: “Biden has made a huge mistake here, but also we have a role.

“This idea we cannot act unilaterally and support the Afghan security forces is simply not true.

“The political will to see through enduring support to Afghanistan has not been there and a lot of people are going to die because of that, and for me that is extremely humiliating.

“It’s a world tragedy and we are going to reap the repercussions of this over many years to come.”

Rescuers forced to suspend search at site of India landslide

London’s top cop on Prince Andrew: ‘No one is above the law’

‘Sign of failure!’ Tom Tugendhat takes aim as UK and US re-deploy troops to Afghanistan