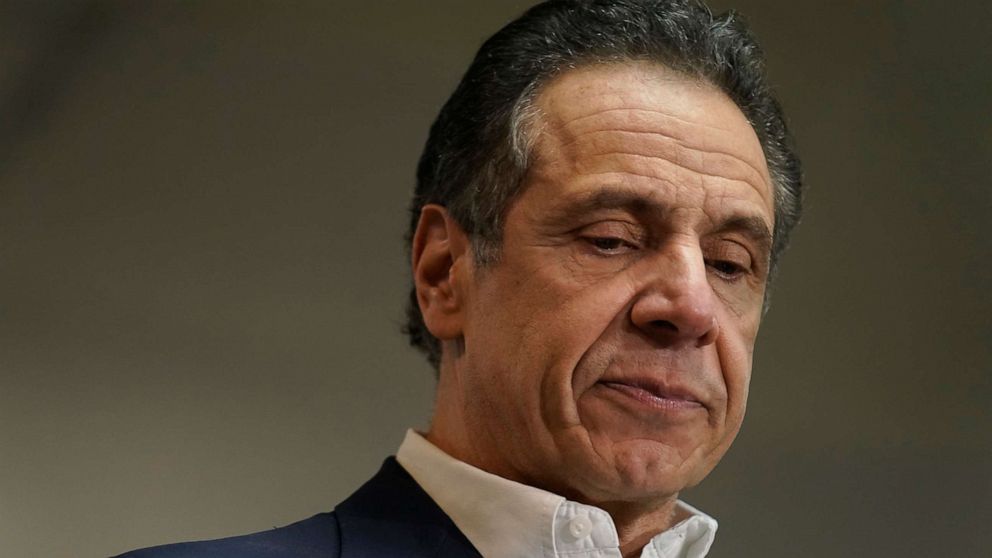 Gov. Andrew Cuomo sent shockwaves across New York when he resigned on Tuesday.

But the 63-year-old Democratic stalwart still faces potential legal challenges, investigations and a potential impeachment as he scrambles to formulate a path forward.

Does Cuomo still have a chance to run for a fourth term as governor and save his reputation? His murky future may get a bit clearer over the next few weeks.

He conceded to a landslide of calls for him to resign from state politicians and President Joe Biden in wake of the State Attorney General Letitia James’ office’s withering report that substantiated the claims of 11 women against him and found he created a work environment “rife with fear and intimidation.”

He issued an apology to his accusers, but he also denied all allegations of sexual harassment, concluding on Tuesday: “I think, given the circumstances, the best way I can help now is if I step aside.”

Basil Smikle, a political strategist and lecturer at Columbia’s School of International Public Affairs, told ABC News that Cuomo “wanted to go out on his own terms” after he “nearly ran out of friends and allies inside and outside government and after it seemed clear if he didn’t resign he’d be pushed out via impeachment.”

His resignation takes effect on Aug. 24 and Lt. Gov. Kathy Hochul will take over, becoming the first female governor of New York.

Now the New York Assembly’s Judiciary Committee has to decide whether to move forward with an impeachment investigation.

“While we have the legal ability to still continue, what we have to analyze is what is best for the people of New York,” Assemblywoman and Judiciary Committee Democrat Catalina Cruz told ABC New York station WABC. “Do we want to take the extra step? Is it going to feel like wasted energy and more of a political revenge? Or is it going to really feel like justice? That’s a determination we’ll make on the committee together.”

Cruz said she’s concerned about focusing on local issues — vaccines and food pantries among them — but at the same time, “I also recognize, as a survivor, that we got to give people justice. So, in full honestly, I’m a little torn.”

The Assembly’s Judiciary Committee is slated to meet Monday ​to discuss evidence gathered by the outside law firm that handled the probe.

An impeachment trial could result in the Assembly handing down a sentence that will bar him from holding state office again, but he still could run for federal office.

The office for Assemblyman Charles Lavine, the judiciary committee chairman, said on Monday that if the governor did resign, the Assembly would still consider moving forward simply to bar Cuomo from holding state office again, Spectrum Local News reported.

“The purpose of it would be to prevent him from holding public office again. They could go through the public impeachment process, have the trial, in an effort to make sure he can’t run for office again,” Abrams said. “I can’t imagine they’re going to have the political will to move forward with that entire process even though the governor has already resigned.”

Some Assembly members like Mary Beth Walsh and Yuh-Line Niou have voiced support for proceeding with it.

Smikle, the political strategist, said he believes Cuomo will be impeached.

“I think the Assembly and the Senate are very focused on accountability,” he added. “In the in many ways, I think the governor wants to be able to resign and have all of these other investigations stopped.”

What charges could Cuomo face?

Cuomo is under investigation by the Albany County sheriff’s department, which is probing the allegations of accuser Brittany Commisso, 32, who filed a complaint against him there last week.

She was identified as “Executive Assistant #1” in the attorney general’s report. She alleged the governor groped her backside on New Year’s Eve in 2019 and reached under her blouse and groped her breast at the Executive Mansion in November 2020. He and attorney Rita Glavin have vehemently denied those claims.

“He is 63 years old. He has spent 40 years in public life, and for him to all of a sudden be accused of a sexual assault of an executive assistant that he really doesn’t know, doesn’t pass muster,” Glavin said in a press conference Friday. On Tuesday, she claimed James’ report failed to corroborate all of Commisso’s claims.

Experts have said Cuomo could face a misdemeanor criminal charge in that case.

An attorney for Lindsey Boylan, Cuomo’s former aide who was the first to publicly accuse him, said she’d file a lawsuit for alleged retaliatory actions by Cuomo’s office after she came forward, which were outlined in the report. Cuomo and his attorneys also have denied these allegations.

At a press conference Tuesday, Glavin denied the sexual harassment and retaliation claims and alleged Boylan had a personal vendetta against Cuomo. She said the attorney general’s report “got key facts wrong” and failed to include a witnesses whose testimony “did not support the narrative.”

Additionally, Cuomo remains under investigation regarding whether he misused government resources by having staffers help produce his memoir, and the Brooklyn U.S. Attorney’s Office and the FBI are looking into his handling of data linked to nursing home deaths during the pandemic.

As for Cuomo’s political future, it may be too soon to tell.

Karen Agnifilo, a former prosecutor with the Manhattan district attorney’s office who worked under Cy Vance, told ABC News, “Like all people, he’s not all good or all bad.”

“There are a lot of things that he has done that deserve to be a part of his legacy. Marriage equality, I would say, is one of the most momentous things that he was able to accomplish,” she said. “I think for him to have a political future he’s going to have to admit what he did. He’s still denying it.”

“Politically, I don’t think he has a future by the voters of the state. Certainly, the political leadership of the state that refused to stand with him in these final days want to be able to turn the page on his chapter as governor,” he said. Cuomo could pursue an alternate career as a lawyer, but “if there are criminal charges pending, there’s a potential for him to lose his law license.”

Cuomo’s also seemingly lost support from many in his inner circle.

His top aide, Melissa DeRosa, announced her resignation Sunday. She also was accused in the report of allegedly participating in retaliatory actions against Boylan.

Sean Hacker, an attorney for DeRosa, said in a statement to ABC News: “With respect to legal questions relating to how a complaint should be handled, or whether personnel records could be provided to the public, Ms. DeRosa consulted with and relied upon advice of experienced counsel.”

Jay Jacobs, the head of New York’s Democratic Party and formerly a close Cuomo ally, said last week: “I agree with the attorney general. I believe the women. I believe the allegations. I cannot speak to the governor’s motivations. What I can say is that the governor has lost his ability to govern, both practically and morally.”

Cuomo, who is single and divorced, also will have to find a new home. He previously lived with ex-girlfriend Sandra Lee, a TV Chef, in Mount Kisco, New York, but she sold the home in 2020 following their 2019 split.

Preschool friends who battled cancer together reunite for the 1st time

Gov. Andrew Cuomo’s full resignation remarks: ‘The best way I can help now is if I step aside’