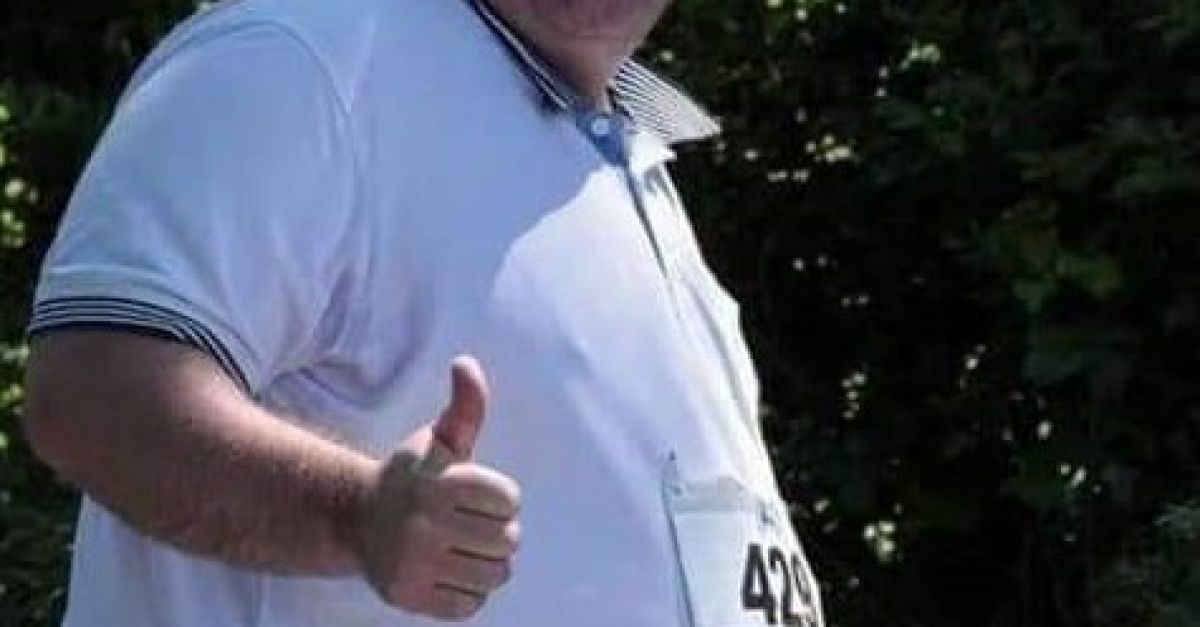 A former world ranked darts player who drank up to 20-pints-a-night at a tournament has ditched the calorie-laden alcohol lifestyle to lose the pounds.

James Keogh, who continues to play for the Meath Darts team has already lost over four stone from tipping the scales at 375lbs (170kgs) when he joined a gym last September.

He was ranked number 71 in the world when he gave up playing semi-professional darts with the BBC Professional Darts Corporation five years ago.

The dad of two, from Ashbourne, decided to slim down in order to ensure he was around to walk his 12-year-old daughter down the aisle in years to come.

“I gave up football as a teenager due to an injury and never really went back training,” said the 45-year-old.

“I started to play darts and over the years, the weight crept up. I just couldn’t shake the pounds despite the fact that I was fit enough.

“I finished five Dublin marathons walking and could do most things in a fitness class, but the pounds refused to go.

“If I was travelling away for a tournament, I’d bring a litre of vodka for the weekend and sink between 15-20 pints a night during a tournament.

“The alcohol also led to a false hunger, so I’d stock up on takeaway food on the way home as well.

“I played the semi-professional circuit for the best part of a decade, but was in Holland about five years ago and decided I’d knock it on the head as my kids were at an age where they were starting to miss me.

“I had tried various slimming classes over the years but watching my menu didn’t really work for me.”

Last September he joined Sharon Doherty’s gym in Ashbourne and has never looked back.

“The first few weeks she just got to know me and to know my strengths and weaknesses, and then she helped me through an eight-week shred with exercise and diet and the weight started to shift.

“Apart from a few drinks at Christmas I haven’t had any alcohol and so haven’t craved takeaways either. “I now weigh 317lbs and this is just the beginning. I’ve gone from wearing a 7xl shirt to a 4xl shirt.”

“I now weigh 317lbs and this is just the beginning. I’ve gone from wearing a 7xl shirt to a 4xl shirt. I’ve never had a problem getting large sizes in clothes over the internet and I always say, if they stopped making clothes at a certain size maybe people wouldn’t get that big.

“I used to have large shirts with ‘Big Jim’ or Big JK on them when playing darts.”

“There are men who look fantastic in the gym and go there to get fit – I’m going there at the minute just to live.

“I was diagnosed recently with type 2 diabetes, but I’ve got my sugar levels under control. I want to be there for my family, I want to walk my daughter down the aisle if and when she ever decides to get married,

James plays with the Meath dart team who claimed the All-Ireland title two years ago before everything went online due to Covid-19.

“I’m just about to start a four-year nursing degree in college, so I know this lifestyle change is here to stay. I’ll just have to get used to non-alcoholic drinks when the pubs open up again and darts tournaments are staged there.”

US approves extra COVID vaccine for those with weak immune systems

The heart and brain in danger too