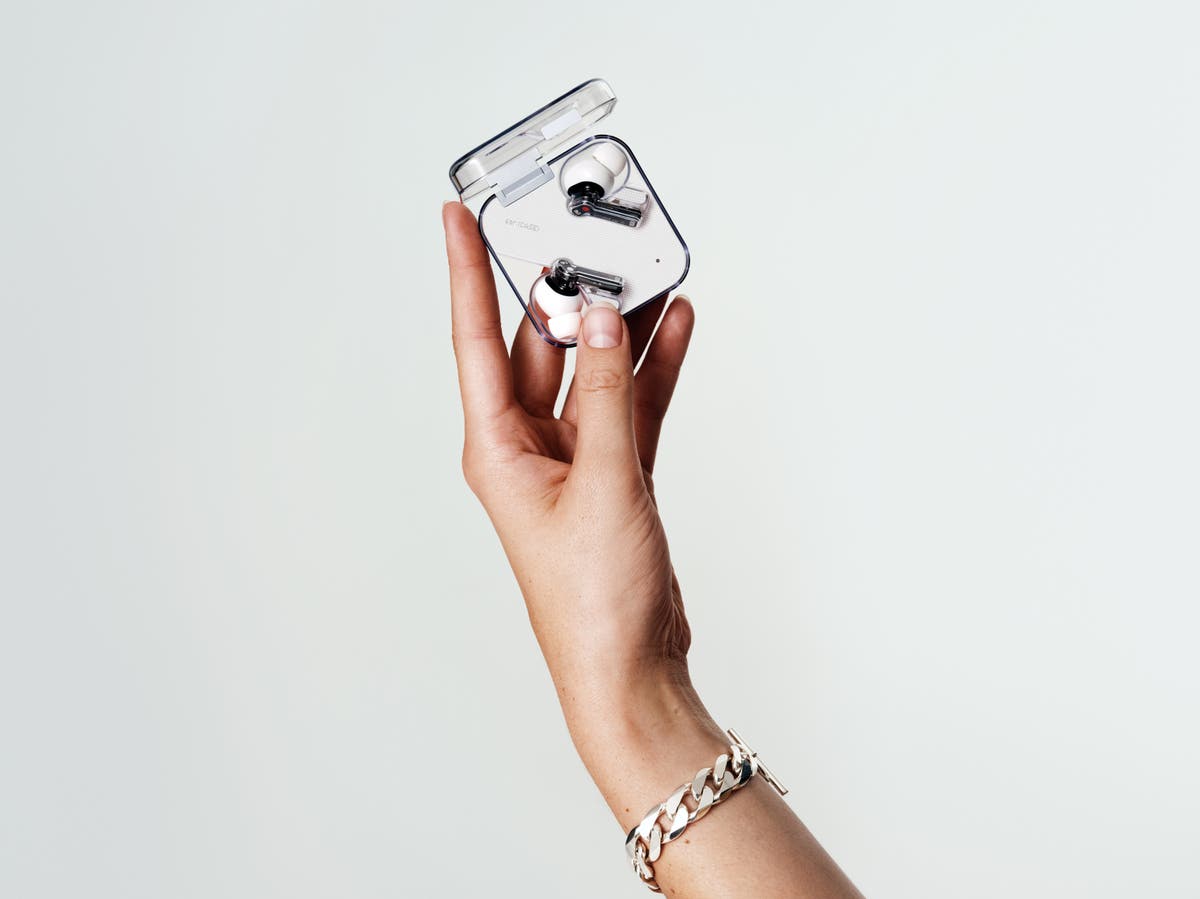 Nothing, besides being the source of transparent puns, is a technology company promising the world.

Its founder is Carl Pei, the former face of smartphone company OnePlus – one of the few Chinese brands to achieve a cult following in the United States (because that’s what the company actively aimed to do.)

“Nothing’s mission is to remove barriers between people and technology to create a seamless digital future,” Pei said in a press release for Nothing at the start of the year. “We believe that the best technology is beautiful, yet natural and intuitive to use. When sufficiently advanced, it should fade into the background and feel like nothing.”

In January, when it was unclear exactly what Nothing was manufacturing. Wired reported that it would be a pair of headphones, but Pei declined to comment. Six months later, Nothing has announced … wireless earphones. The Ear 1.

In the interviews Pei has given, the CEO has painted a picture of ambient computing – where the computer fades into the background. In the future, this could look like the Internet of Things, or Neuralink, or a metaverse.

For Nothing, it’s transparency – both literal and metaphorical. Nothing’s headphones come in a see-through plastic case, and the buds themselves have a transparent stem showing the board inside, some small magnets, and the grills over the microphone.

The idea is to motivate. “Consumer tech is quite, quite boring” Pei told TechCrunch. “Kids used to want to become engineers and astronauts and all that. But if you look at what kids want to become today, they want to be TikTokers or YouTubers. Maybe it’s because technology isn’t as inspiring as before”.

The cultural capital of Apple’s AirPods (and the iPhone before it) means every other technology is trying to copy it. The US border control even seized a shipment of OnePlus headphones, assuming they were Apple knock-offs. By making their products transparent, Nothing hopes to encourage young people that technology can be interesting again.

On the surface, Nothing’s Ear 1 earphones might seem more style over substance. The headphones cost £99, which is not premium enough to put them in competition with Apple’s AirPods (the best-selling named headphone brand) and Samsung’s Galaxy Buds, but slightly more expensive than the bargain-basement Bluetooth earphones hocked on any high street.

A quick rundown of the specs: the earphones weigh 4.7g, with a 11.6mm driver in each head. They feature Bluetooth 5.2 connectivity, and active noise cancellation which, when turned on, gives the headphones about six hours of battery life and approximately 24 hours of total use stored in the case. With noise-cancellation disabled, the Ear 1s last for eight hours with 36 hours of life in the case – which can charge wirelessly.

There’s also a ‘Find My Earbud’ function linked to the iOS and Android companion app which plays a sound from the headphones, but nothing to help you if you lose the case.

Functionally, there are areas where the earphones perform very well: tapping the side of the buds to pause or skip songs works much better than I have experienced on competitors and sliding a finger up and down the stem changes the volume seamlessly.

Sonically, the headphones sound decent. The midrange comes across strong, with a good command of the higher frequencies and toe-tapping timing, but there is a distinct lack of dynamism and a comparatively absent bass which – while used to be commonplace on true wireless headphones – can be found in slightly more expensive competitors.

Nothing isn’t aiming for ‘decent’, though; it’s aiming for inspirational, and it doesn’t quite meet the hype. Unlike the ‘Concept 1’ promo image that Nothing originally shared, the headphones are not totally transparent.

Instead, the plastic white head opaquely covers the internals around the drivers – the same as the battery in the case – and to the casual onlooker the headphones simply appear black and white. This is a stark difference from the translucent GameBoys or Tamagotchis that Nothing is trying to evoke.

Also, the Ear 1s can also only pair with one device at a time, meaning you can’t quickly swap between listening to music on your laptop or tablet and taking a private call or playing a game on your smartphone. Bluetooth multipoint was introduced over a decade ago, in Bluetooth 4.0, and although Nothing says it finds the feature “invasive” and does not “see a huge benefit”, users wasting time in their smartphone settings menus hardly reflect to the seamless, interconnected experience Carl Pei is pitching.

With Nothing, it’s the philosophy behind the company that’s more interesting than the product itself. It is unclear whether young people, both more connected and more isolated then previous generations, will necessarily seek the 80s aesthetic that they themselves never experienced or whether living through a digital world epitomized by the iPhone means they need something sharper to break through.

“We wanted flying cars, instead we got 140 characters,” said Facebook investor and PayPal co-founder Peter Thiel in 2011, and with headphones being a growth market – 310 million units expected to ship this yearv – it appears that Nothing has chosen to get its foot in the door than try to create something revolutionary. For now.