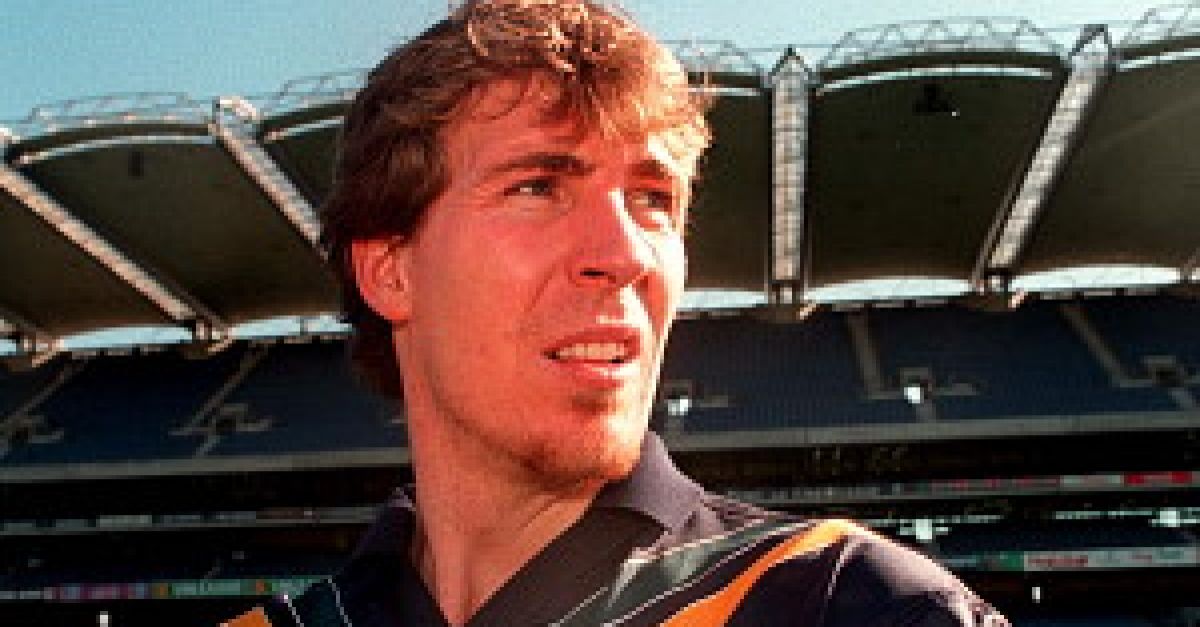 Late Dublin legend Jim Stynes and Kerry’s Tadhg Kennelly have been named captain and vice-captain of the greatest Irish AFL team of all time.

The team, selected by AFL talent ambassador Kevin Sheehan, is based not on Irish-born players in the AFL, or VFL as it was previously named, but all players recruited directly from the GAA since the commencement of the so-called ‘Irish Experiment’ by Melbourne Demons’ Ron Barassi in the early 1980s.

Another Kerry youngster, Sean Wight, who also makes the team, was the pioneer, signed in 1981. Wight, who like his long-time teammate Stynes, died of cancer, made the first of his 150 appearances in 1985, however, a year after Roscommon ace Paul Earley had become the first direct GAA recruit to play a senior level game.

Stynes joined the Demons in 1984, after winning an All-Ireland minor title with Dublin and went on to play 267 times. Known as ‘Mr Indestructible’, he still holds the record for most consecutive games played in the VFL/AFL (244), having played with a compound rib fracture during that period.

He remains the only non-Australian-born player to win the Brownlow Medal for player of the year, in 1991, and was selected on the All-Australian team twice. He was inducted into the AFL Hall of Fame in 2003.

Remarkably, Stynes represented both Australia and Ireland in the international rules series and the medal for best Australian player in the series is now named in his honour.

Following his death in 2012, Stynes received a Victorian state funeral, which was indicative of the impact he had on his adopted nation, not just as a player, but with his charity work on behalf of young people in particular.

“His story is arguably one of the greatest success stories of a player in AFL history after initially being sent to Prahran in the VFA to learn the game,” notes Sheehan, who has been heavily involved in the building of the recruitment and development process over the years and who was asked to pick a team to mark the 40th anniversary of Wight’s acceptance of Barassi’s offer.

Kennelly is the only GAA recruit to bag an AFL premiership medal – Orla Considine (Clare) and Orla O’Dwyer (Tipperary) have been on AFLW flag-winning teams in Adelaide and Brisbane in recent years – and made further history when returning to Ireland to emulate his late father Tim and brother Noel as an All-Ireland winner with Kerry in 2009. He played 197 times for Sydney Swans. A statue of Jim Stynes was erected at the Melbourne Cricket Ground (MCG) in 2014.

Zach Tuohy (Laois/Carlton/Geelong), Pearce Hanley (Mayo/Brisbane/Gold Coast), Marty Clarke (Down/Collingwood), Setanta Ó hAilpín (Cork/Carlton/GWS), Mark O’Connor (Kerry/Geelong) and Conor McKenna (Tyrone/Essendon) are others who made a significant impact and in the cases of Geelong clubmates, Tuohy and O’Connor, continue to do so.

It is a reminder, however, of the rarity of an Irish import making the transition, that the likes of Tipperary product Colin O’Riordan, still trying to establish himself at Sydney, Brisbane’s Dublin newcomer James Madden, and Derry legend Anthony Tohill, who never played for Melbourne, also make the line-up.

In all, 64 players have been plucked from the GAA since Wight made the initial flight, Kerry minor goalie Deividas Uosis being the most recent when he joined Brisbane. There are 22 in total attached to AFL clubs. There were 18 LGFA players lining out in the AFLW, following in the footsteps of their trailblazer, Cora Staunton (Mayo/GWS).

Sheehan has backed clubs to continue to look abroad to search for talents: “Whilst Jimmy Stynes became a champion of the game, the likes of Sean Wight, Tadhg Kennelly, Pearce Hanley and Zach Tuohy, as well as the emerging Mark O’Connor, have become genuine stars adding to the rich history of Irish/Australian football and cultural interaction,” Sheehan said.

“Once the dust settles, post Covid-19, I am sure a handful of Irishmen and women each year will continue to follow in the not often travelled path established by Stynes and Cora Staunton in search of unique success in a sport they would not have even heard of, nor dreamt of playing in their childhood.”

Sindhu a sporting icon and one of India’s greatest Olympians: Thakur