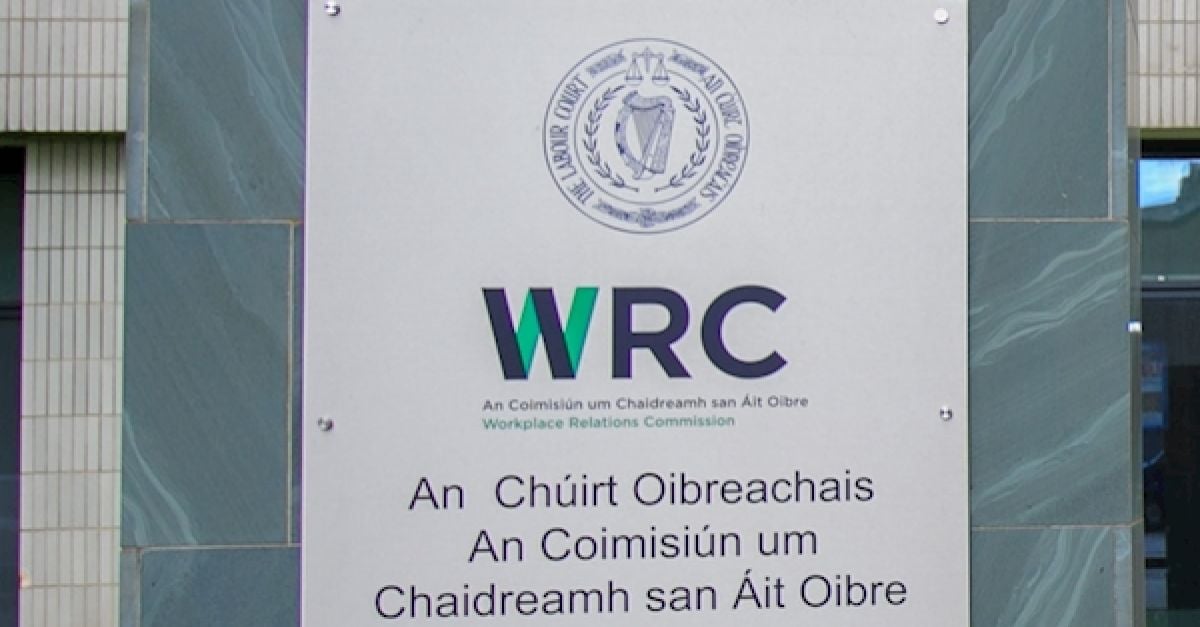 A sports company dismissed a credit controller after she could not return to the workplace following a Covid-19 enforced closure of the creche that cared for her two children.

Now, the Workplace Relations Commission (WRC) has upheld the woman’s Industrial Relations complaint and has recommended that the firm pay her €10,000 in compensation.

The woman – earning €3,000 a month – told the WRC hearing that she could not return to the office as she had to care for her six-year-old and two-year-old at home following the Covid-19 enforced closure of their creche.

The woman stated her employer was aware that she had no alternative childcare and when the creche closed she proposed other options such as additional after hours work, parental leave and lay-off so that the employer could advertise the position on a temporary basis.

However, none of these were acceptable to the employer and on May 11th 2020, the credit controller received an email stating ‘your employment should be terminated due to the fact that you cannot fulfil the duties and responsibilities required for the role of Credit Controller, in line with the needs of our business”.

The woman only commenced work with the company on December 2nd 2019. She said that she made every effort to fulfill her role during the time she was unable to return to the office.

The company did not attend the hearing and told the WRC that it did not wish to engage with the process.

WRC Adjudicator, Pat Brady found that the termination of the woman’s employment to be “grossly unfair”.

Mr Brady stated that the woman faces attitudes at work during this time that were somewhere between “unhelpful and hostile”. He said the employer “engaged in relentless pressure on the complainant to force her to return to work”.

Along with recommending the €10,000 award, Mr Brady has recommended that the un-named sports company “take steps to establish a transparent and effective Remote Working policy to address future applications for such options”.

The adjudicator said working from home is now commonplace in a very large range of employments and in April, the Government signalled its intention to ensure remote working becomes a permanent feature in the post-pandemic Irish workforce.

He said there are also important social considerations including the promotion of family friendly workplaces and improving labour market access for those historically excluded by the rigidities of traditional workplaces.

“These are no longer ‘fringe’ or discretionary considerations; they may be at the heart of the future structure of our social organisation and business life,” he stated.

Dublin based solicitor and employment law expert, Richard Grogan said: “It is a ground-breaking decision in that it putting it squarely on the table that employers now have to look at the issue of remote working rather than simply disregarding it.”

“There will be an awful lot of cases concerning remote working coming through to the WRC under unfair dismissal and equality legislation,” he said.

Mr Grogan, who was not involved in the case, stated for employees who wish to work remotely, employers will not be able to tell them ’that is not an option’.

Pret a Manger restores bonuses after staff threaten to strike