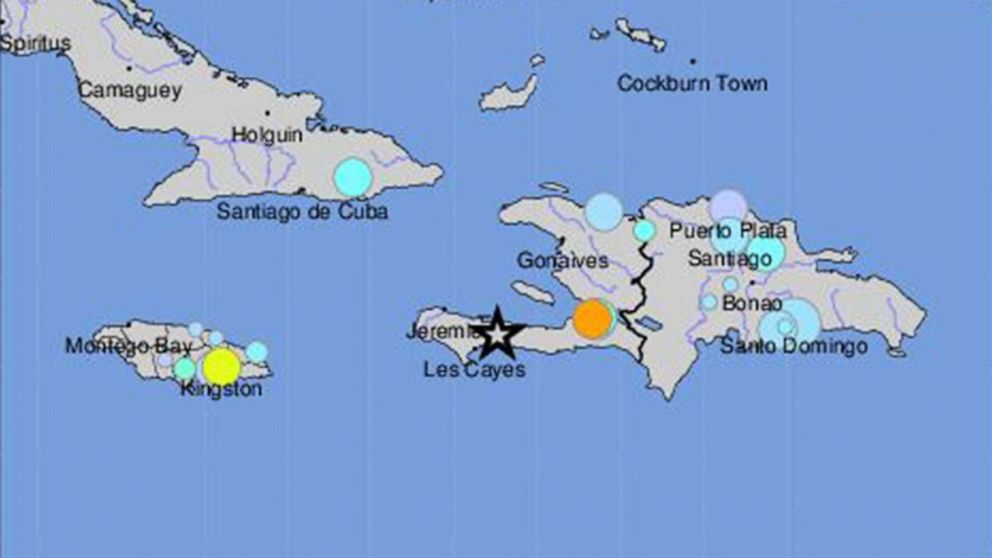 The earthquake, according to the USGS, struck about 5 miles north of Petit Trou de Nippes, Haiti, a little over 90 miles from the capital, Port-au-Prince.

The earthquake was virtually the same size and at the same shallow depth as the 2010 quake, and along the exact same fault line — the Enriquillo Plantain Garden — but farther west and in a less populated region.

Initial reports from those in Port-au-Prince said the city seemed to be “fine” and that the airport remained operational.

“It will be very bad, but maybe not quite as bad as 2010 just because Port-au-Prince is farther away from this one and therefore got less shaking this time,” said Dr. Lucy Jones, an earthquake expert.

She said that about 650,000 people have been exposed to level VII shaking, which the USGS defines as “very strong” and which is powerful enough to topple poorly built structures.

But many of the buildings that potentially would have been at risk from this quake were destroyed by the earthquake 11 years ago or by Hurricane Matthew in 2016, meaning fewer reports of extensive damage now aren’t entirely surprising, Jones added.

The U.S. Agency for International Development said the organization’s disaster experts already on the ground in Haiti are assessing damage and humanitarian needs.

President Joe Biden and Vice President Kamala Harris were briefed by the National Security Advisor Jake Sullivan and the Secretary of State Antony Blinken on the earthquake this morning . The president authorized an immediate U.S. response, and named USAID Administrator Samantha Power as the senior U.S. official to coordinate this effort.

This is a developing story. Please check back for updates. ABC News’ Ahmad Hemingway, Justin Doom, Justin Gomez and Conor Finnegan contributed to this report.