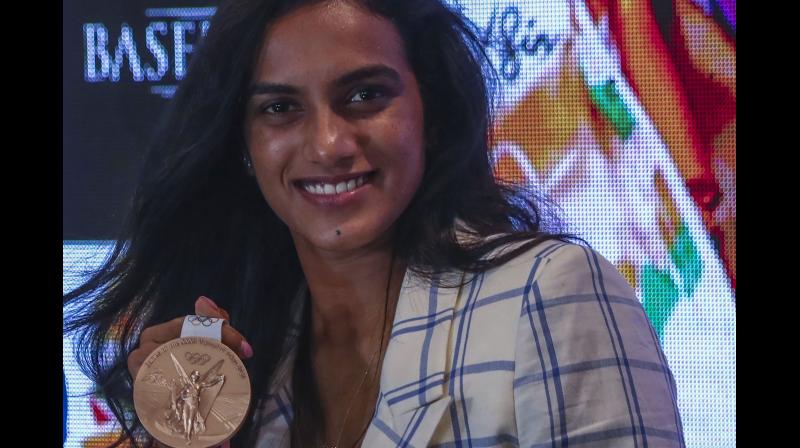 Hyderabad: With two Olympic medals in her kitty, shuttler PV Sindhu now has plans to churn out world-class players from her proposed badminton academy that is coming up at old dairy farm, close to the National Highway in Visakhapatnam.

Other than the Pullela Gopichand badminton Academy in Hyderabad, there is no other worthy institution in the two Telugu states to train potential players to compete at the global level.

“Once we get the possession of the land, we will start working on the academy to make it world class,’’ said PV Ramana, father of Sindhu, talking to Deccan Chronicle on Thursday. The government alienated two acres of land on June 17 for the academy.

He said the Academy would be developed in two phases with each phase costing around Rs five crore. But it will not be a money-making institution for the family, he said.

Stating that Sindhu never intended to make it a commercial venture, Ramana said that her aim is to train under-privileged children so that they could compete at the national and international level and contemplate a career in sports.

“We will train five to six children from poor backgrounds free of cost and charge reasonably from others,’’ he said.

Minister for sport and youth affairs Muttamsetti Srinivasa Rao said that the state government would support Sindhu in all aspects.

“I am sure Sindhu is capable of roping in the best of the coaches to make her academy the number one in India and may be among the top academies in the world,’’ Srinivasa Rao told this correspondent.

A national level player himself and presently working as assistant commissioner of police, Srinivasa Rao said if Badminton Association of India organised national level training camps at any level, the academy would be in international limelight.