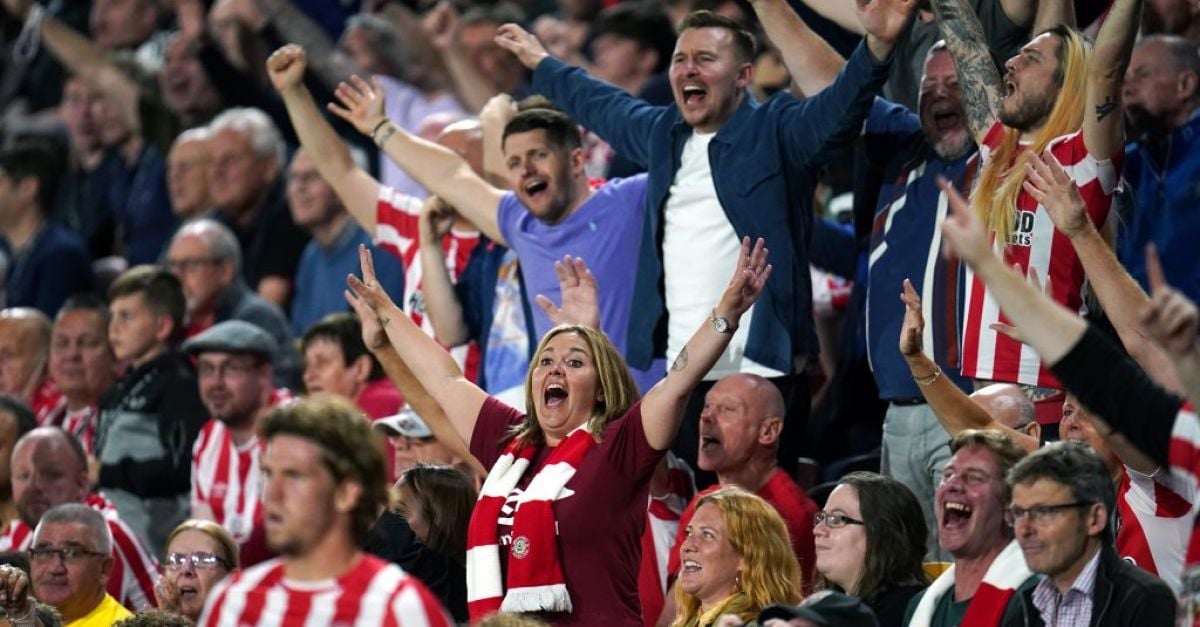 The Premier League season got off to a flying start on Friday as Brentford marked their first game in the top flight for 74 years and their first in front of fans at their new stadium with an emotional 2-0 victory over a ragged Arsenal.

Sergi Canos carved his name into the west London club’s Hall of Fame when he cut inside Calum Chambers and drilled a low shot inside the near post of Bernd Leno after 22 minutes to spark an explosion of joy from the fans who have waited so long to take their place in the new 17,500-capacity home.

The opening night is a perfect night

It was the least Brentford deserved as, revelling in their chance to take on the big boys, they took the game to an Arsenal team who looked disjointed and toothless in the absence of “unwell” strike duo Pierre-Emerick Aubameyang and Alexandre Lacazette.

Some hesitant Arsenal defending after a long throw in the 73rd minute allowed Christian Norgaard to head home the second and Brentford, the team who suffered an agonising nine playoff failures before finally succeeding last season, were in dream land.

Their red and white bedecked fans filed off into the night singing “we are top of the league” and though they are unlikely to stay there for long, nobody can begrudge them their moment in the sun.