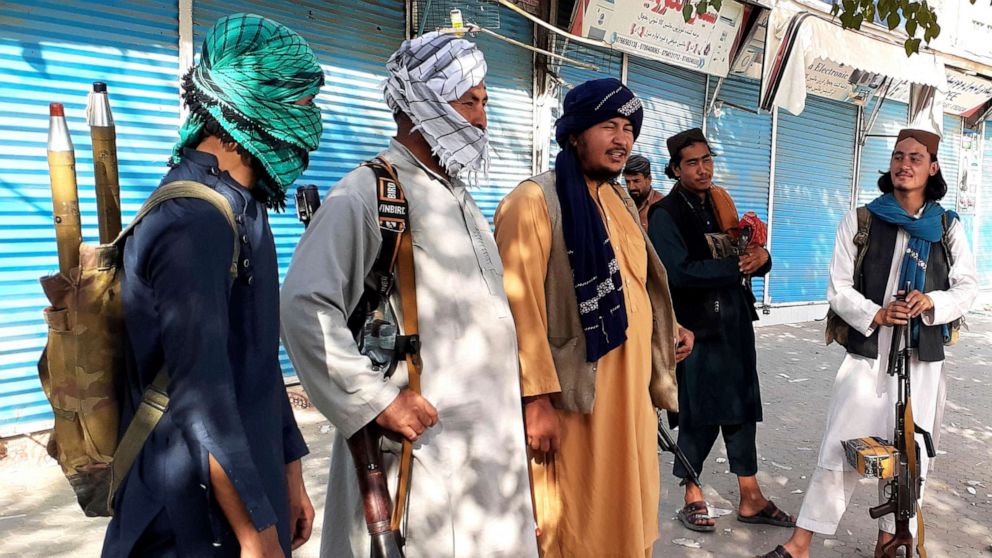 President Joe Biden’s envoy for Afghanistan will meet with the Taliban’s political leadership this week to urge them “to stop their military offensive and to negotiate a political settlement,” the State Department announced.

But as the militant group seized a seventh provincial capital Tuesday, Biden’s administration is making clear that it will not halt the U.S. military withdrawal, even as nearly daily American airstrikes are one of the last things keeping more cities from falling into Taliban hands.

Instead, U.S. officials have been calling on Afghan security forces to step up and “to use those advantages” and “to exert that leadership,” as Pentagon spokesperson John Kirby said, that two decades of American training and investment were supposed to have brought to bear.

Instead, with the U.S. withdrawal scheduled to finish in just three weeks, the administration is putting diplomatic efforts to end the Taliban offensive front and center. U.S. envoy Zalmay Khalilzad is in Doha, Qatar, where the Taliban leadership is based and where peace negotiations between them and the Afghan government of President Ashraf Ghani began last September.

Those negotiations have yielded nothing but an agenda and repeated commitments to keep talking. Khalilzad himself – who negotiated former President Donald Trump’s withdrawal deal with the Taliban and was retained by Biden – conceded last week that the two sides remain “far apart.”

But he hopes to bring the pressure from the international community on the militant’s leadership, meeting counterparts from Pakistan, China, the United Nations, and more on Tuesday. The State Department said the group will work “to help formulate a joint international response to the rapidly deteriorating situation in Afghanistan,” including by reaching an agreement on demanding an urgent reduction in violence and opposing any government “imposed by force.”

It seems clear that the Taliban will care little for another joint declaration by world powers – and despite commitments to talks from its political leadership, its fighters continue to conquer territory and, according to the U.S. embassy in Kabul, commit atrocities that could amount to war crimes.

Khalilzad said last week that the Taliban want to take the “lion’s share of power” for themselves in any future Afghan government, although he and other State Department officials have also argued there is still hope for diplomacy, especially if the international community stands united against the Taliban offensive.

Have negotiations “achieved the results any of us want? Of course not, not yet. But we’re not ready to throw in the towel on diplomacy,” State Department spokesperson Ned Price said last Tuesday.

But critics say the talks are nothing more than political cover for the Taliban, as it consolidates gains on the battlefield with brutal efficiency – intent on taking power by force.

“Supporting negotiations is helpful, but only talking about negotiating while the other side is winning militarily and pushing for surrender is futile,” wrote five retired U.S. ambassadors who served in Afghanistan – James Cunningham, Hugo Llorens, Ronald Neumann, Richard Olson, and Earl Anthony Wayne.

In an op-ed Friday, the group called for sustaining U.S. air support for Afghan forces “to prevent the defeat and collapse of the Afghan state until a stalemate can force serious negotiations and a sustainable settlement.”

The Biden administration, however, is not interested in doing so.

“There are difficult choices every commander-in-chief needs to make on behalf of the American people. President Biden has been clear: After 20 years at war, it’s time for American troops to come home. And as President Biden has said, the status quo was not an option,” a senior administration official told ABC News.

During the last two decades of war, the Taliban made incremental gains on the battlefield, particularly in more rural districts. But before Biden’s withdrawal announcement, fighting was largely stalemated, and the militant group rarely gained control of capital cities in Afghanistan’s 34 provinces or held them for long, according to Michael Kugelman, deputy director of the Wilson Center’s Asia Program.

The group had been preparing for this moment, however, developing footholds outside cities, amassing heavy weaponry and an illicit fortune, and capitalizing on weaknesses in Afghan security forces, Kugelman tweeted: “What’s happening now has been alarmingly speedy, but not sudden.”

That speed may have taken some U.S. officials by surprise, and it’s pushing Ghani and his administration to boosting support for local militias and warlords to help fight back. Some analysts fear that raises the risk of all-out civil war, with competing factions, backed by foreign powers, fighting for control.

In the end, it is Afghan civilians that continue to suffer. In the last 72 hours alone, 27 children were killed, and 136 were injured, according to UNICEF, as fighting displaces tens of thousands of people.

“As a mom, I want this war to end,” tweeted Shaharzad Akbar, head of the Afghanistan Independent Human Rights Commission. “I don’t want more children reliving my childhood. War has no winners. It has all been loss.”

India, China pull back from Gogra