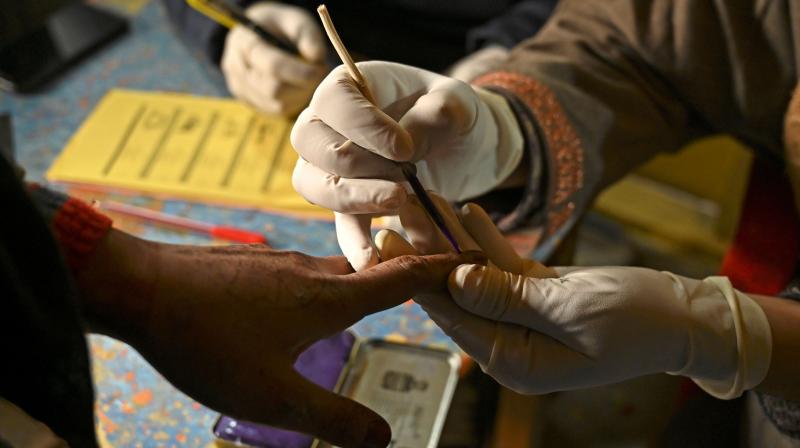 KARIMNAGAR: The fate of the TRS, BJP and Congress contestants in the Huzurabad byelections will be in the hands of youth, who constitute 60 per cent of the 2.11 lakh voters. More significantly, a majority of this section is unemployed.

Thousands of unemployed youth from Huzurabad constituency and erstwhile Karimnagar district are migrating to other regions in search of jobs. Many are facing hardships as they are unable to get placements suiting their academic qualifications.

Deccan Chronicle visited several areas in Huzurabad constituency to interact with unemployed youth and sought their opinion about the prevailing political situation in the constituency.

G. Avinash, resident of Dasharajupally, who completed hotel management, said that on noticing that many highly educated persons were wandering around without any jobs, he had decided to take a hotel management course and move to a metro for a job in a big hotel.

Whenever there are elections, the incumbent government issues job notifications in order to grab the votes of unemployed youth only to forget the issue after the elections. This has become a habit for the TRS government, he alleged.

Postgraduate J. Samatha, resident of Veenavanka mandal, said, “My parents struggled to provide me with quality education but what is the use. I have been waiting for a job for the last five years. The youth must question TRS leaders who visit their villages about their plans for the unemployed lot. They are sanctioning funds, announcing sops and schemes but are not giving any assurance about employment opportunities.”

S. Premnath from Jammikunta mandal said that if the TRS government would have taken a decision to fill all vacant posts after forming the government, then many unemployed youth would have grabbed the opportunities. But now it will not yield the desired results as some unemployed youth have crossed the age-limit.

Although a six-time MLA from Huzurabad, Etala Rajendar did not focus on creating employment opportunities for the youth. There was no push for establishing even private educational institutions in the constituency. He did not provide resources to factories and companies, he pointed out.

K. Rakesh, an MCJ residing in Maripelligudem of Illandhakunta mandal, alleged that despite innumerable demands by the unemployed youth, the state government never bothered to fill vacancies.

But when an unemployed youth Shabbir committed suicide near Jammikunta railway station fraustrated at not getting a job, both TRS and BJP leaders rushed to his house and donated money.

MLC Palla Rajeshwar Rao donated Rs 3 lakh from TRS funds and Rajendar gave Rs 2 lakh through the hands of former MLA Bodiga Shoba to the family members of Shabbir. It was only to grab votes of the community, he said.

Retired government teacher, N. Sambaiah from Huzurabad pointed out that right from the formation of Telangana, lakhs of unemployed youth remain disappointed and curse the negligent attitude of the state government when it comes to filling up vacant posts in most government departments.

The case against anti-vaxxer coddling