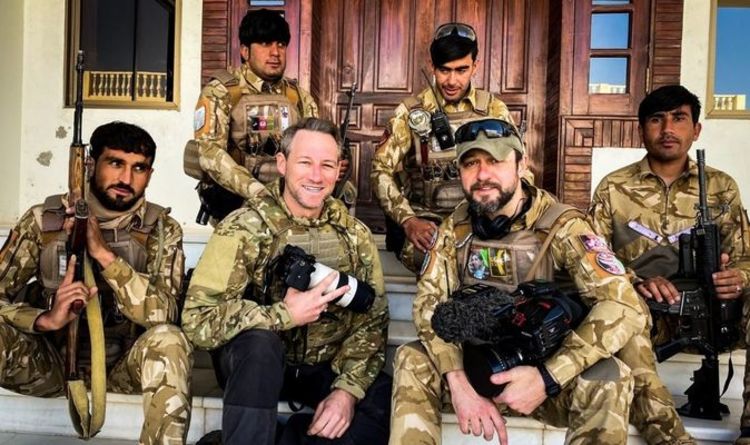 James Glancy posted the picture to his Twitter account, which has more than 10,000 followers. The image shows a smiling Mr Glancy and a colleague holding photographic and video equipment, along with four other people from  dressed in military outfits, sitting on steps outside a building. But in a tragic update, he tweeted alongside the picture: “The Afghans we were with in February, were all executed outside their homes in Kandahar on Thursday.”

The former Royal Marines Commando also replied to a tweet, which has now been deleted.

He said: “I wasn’t in Kandahar last week.

“The ANDSF surrendered, then the Taliban went on the rampage, door to door, executing people associated with the Govt.”

Commenting on his own tweet, Mr Glancy also retweeted a graphic video from Afghan broadcaster RTA World which shows several dead bodies on roads and streets in the Kandahar province. 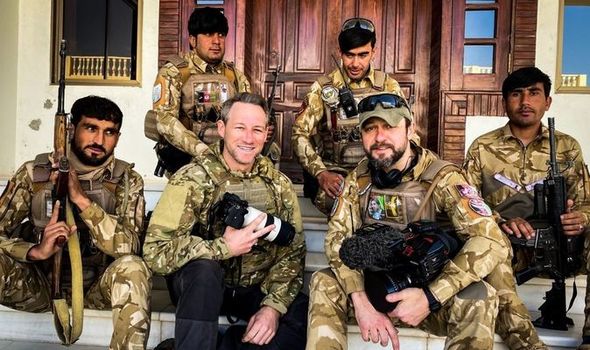 “Kandahar: Afghans are taken out of their homes and killed by Taliban.

“Videos have emerged on social media showing scores of dead bodies on roads and streets in the province.” 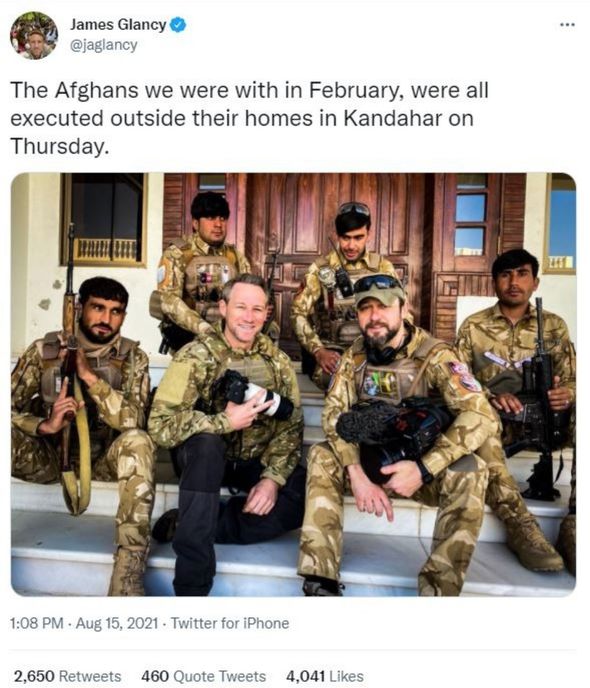 The latest devastating update on the escalating crisis in Afghanistan comes with UK Prime Minister Boris Johnson set to recall Parliament this week from its summer recess for an emergency session to discuss the situation.

A Downing Street source confirmed Mr Johnson is expected to look to recall MPs early from their summer recess to discuss the worsening crisis in Afghanistan.

Parliament will likely sit between 9.30am until 2.30pm on Wednesday. 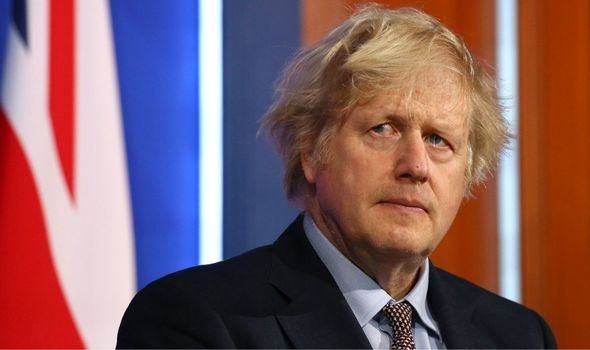 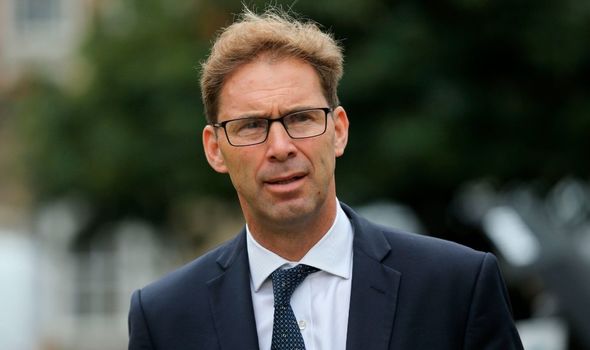 Mr Johnson has been facing increasing calls to make a last-ditch intervention to stop the complete collapse of Afghanistan as Taliban fighters entered the outskirts of Kabul.

Arrangements were reportedly being made to fly the British ambassador Sir Laurie Bristow out of the country after it had been previously intended he would remain at a secure location at Kabul airport with other international diplomats.

But helicopters have been seen landing at the US embassy to transport remaining personnel.

Tom Tugendhat, the chairman of the Commons Foreign Affairs Committee, warned the crisis in Afghanistan was the “biggest single foreign policy disaster” since Suez.

Defence Committee chairman Tobias Ellwood said despite the decision from Joe Biden’s administration to withdraw US troops from the impacted regions, he insisted an urgent intervention to reverse the situation can still be made.

He is calling for the deployment of the Royal Navy carrier strike group to the region and is urging Mr Johnson to convene an emergency conference of “like-minded nations”.

Mr Ellwood told Times Radio: “I plead with the Prime Minister to think again. We have an ever-shrinking window of opportunity to recognise where this country is going as a failed state.

“We can turn this around but it requires political will and courage. This is our moment to step forward.

“We could prevent this, otherwise history will judge us very, very harshly in not stepping in when we could do and allowing the state to fail.”