Highlights from Calum Hill’s final round at the Cazoo Classic, where a five-under 67 helped the Scot to his maiden European Tour title

Calum Hill snatched a dramatic victory at the Cazoo Classic to become the second Scot in as many weeks to register their maiden European Tour title.

Hill failed to convert a share of the 54-hole lead at last week’s Hero Open, won by Grant Forrest, but produced the perfect response at London Golf Club to finish top of a congested leaderboard.

The 26-year-old overturned a three-stroke deficit on the final day, with five birdies in an eight-hole stretch seeing him post a five-under 67 to finish on 16 under and one ahead of Alexander Levy.

Overnight leader Rasmus Hojgaard carded a final-round 72 to drop into tied-third with Callum Shinkwin, Jamie Donaldson and Richard Bland, with Dutchman Lars van Meijel three off the pace in seventh place after a closing 68.

Hill responded to missing a five-footer to save par at the fifth by picking up a shot at the next and then starting his charge up the leaderboard with a two-putt birdie at the par-five eighth.

The world No 150 rolled in six-foot birdies at the ninth and 10th, before converting from 10 feet at the 13th and taking advantage of the par-five 15th to move one ahead with three holes to play.

Hill’s birdie opportunity at the 16th lipped out and the three-time Challenge Tour winner holed a 10-footer to save par after a wayward tee shot at the par-three next, with a two-putt par from off the final green securing his breakthrough title.

“Happy with how I can managed to play my 11 holes and really proud of what I managed to do,” Hill said. “This is the starting point and hopefully I can keep pushing on from here and see where I can take it.” 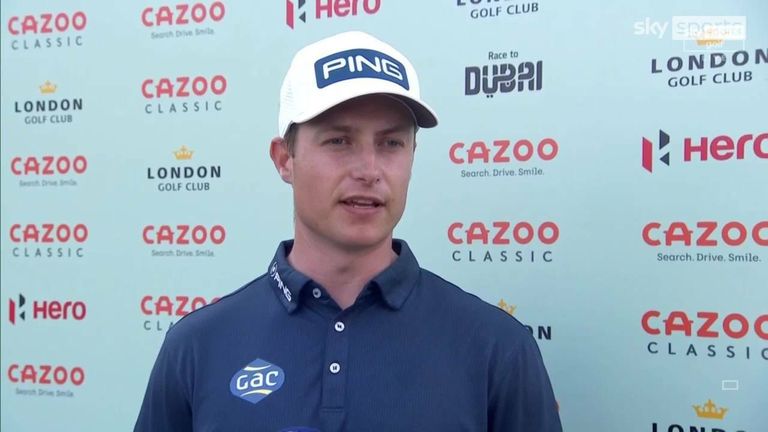 Levy set the initial target after firing five consecutive birdies on the back nine on his way to a round-of-the-day 63, while Hojgaard slipped off with top spot when he made back-to-back bogeys from the 10th.

Hojgaard made birdies at the 13th and 15th to stay within one of the lead, only to bogey the last and slip into tied-third after being forced to pitch from the rough.

Jordan Smith and Ben Evans finished inside the top-10 with Scotland’s Richie Ramsay, with Andy Sullivan and Ryder Cup hopeful Victor Perez among the strong contingent on 10 under and in a share of 13th.

Djokovic rolls at Olympics as Medvedev suffers in extreme heat