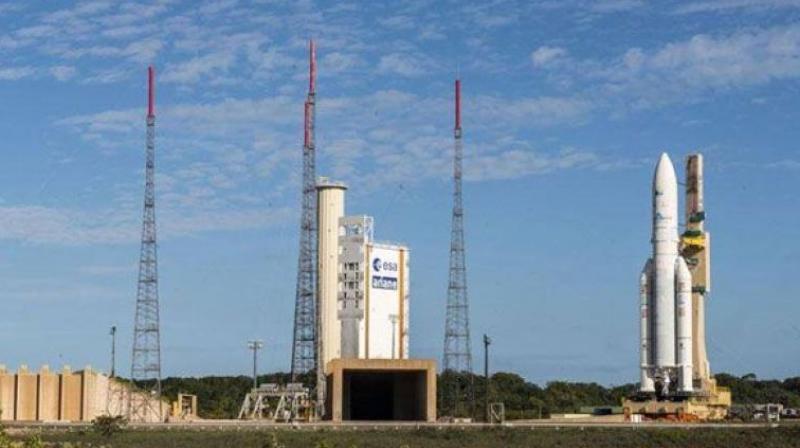 NELLORE: Having opened the space segment to the private sector as part of reforms, the Indian Space Research Organisation (ISRO) is eying a 10 to 15 per cent share in the $350 billion global space economy.

It wants its new commercial arm- New Space India Limited (ENSIL) – to compete with giants like SpaceX and penetrate into the international market.

ISRO chairman Dr K Sivan disclosed the ambitious roadmap while delivering a motivational speech after unfurling the national tricolor as part of the Independence Day celebrations at the ISRO headquarters in Bengaluru on Sunday.

Praising his team members for their outstanding work despite Covid, he said that they should gear up for the bigger challenges that await them in the future.

He underlined the need to expedite the launch of their human space mission, ‘Gaganyaan’ by next year as envisioned by Prime Minister Narendra Modi.

Dr Sivan said they should make preparations to launch Aditya L1 Mission, one of the priority missions of ISRO aimed at helping scientists to study Solar Corona, which is invisible because of the sun's brightness, also by next year.

He said that they should complete two unmanned flights within the next seven months before the projected 2022 August launch of Gaganyaan. He said that they have to explore the South Pole of the moon, which nobody has done before, while hinting at a Chandrayaan III Mission.

Dr Sivan claimed that the targets were achievable as ISRO engineers have hit upon new workable ideas when Covid derailed all their regular plans from the workstation. He cited virtual STC (Space Technology Cells), virtual launch control centre and remote satellite control centre that they built while working from home.

“ISRO team has the resilience to rise to the occasion. We went about the design activities of Gaganyaan even though Covid affected the progress of several projects. Similarly, we have also done a third long-duration hot test of the liquid propellant Vikas Engine for the core L110 liquid stage of the human rated GSLV MkIII vehicle as part of the engine qualification requirements for Gaganyaan,” he said.

Dr Sivan said that demand in the space sector has been increasing steadily and there was a need for a ten-fold strengthening of the Department of Space to cater to the demand. He said that opening the doors to the private sector was necessary for aspects like designing and realisation of launch vehicles and satellites apart from maintaining satellites in space as ISRO or DOS cannot carry the weight of their own since demand for space applications was increasing constantly.

Stressing the need for a policy to allow private players in space activity, Dr Sivan hailed his predecessor Kirankumar for his pioneering initiatives in this regard.