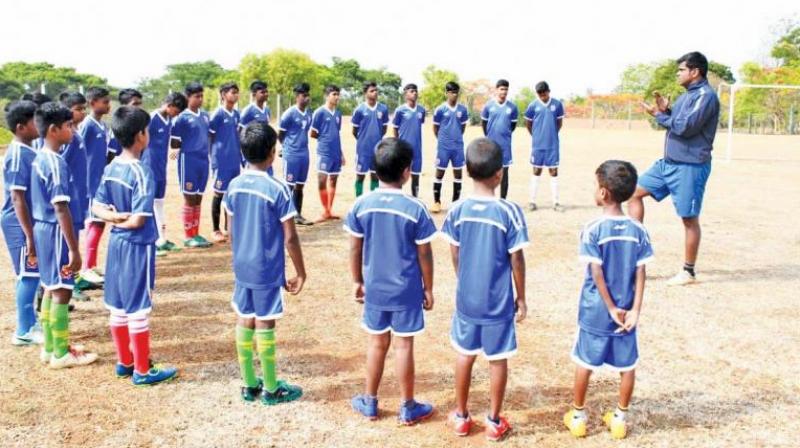 Hyderabad: As India is basking in the glory of bagging seven medals in the Tokyo Olympics, aspiring sports stars and athletes are on cloud nine. Unfortunately, the country lacks a proper system to groom sportspersons, thereby lagging behind in international sports events.

According to sports exports, schools should have compulsory physical training classes at the primary level, talent identification should be done at school level, schools without a playground should not be granted permission, and marks should be added for physical activities. Many schools lack professional and specialised physical directors. Sports culture should be adopted by schools as well by the government. Schools should have inter-school competitions as well competitions within the school.

As far as Telangana is concerned, the governments failed to provide proper infrastructure for sports, most of the stadiums lack facilities and there are no regional sports hostels, from where players are trained properly. Budget allotted to sports is insufficient, and if the government announces a cash prize to some achiever, the money is taken from this budget.

Many stadiums owned by the government are given for hire for political meetings or cultural events, by which sportspersons have to stop their training for days.

Basic sports infrastructure at elementary school should be compulsory. At the primary level, the PTs should identify talent. Physical education should be part of the curriculum and marks should be allotted. Inter-school and school sports meets should be mandatory.

The governments should have control over sports associations and federations and sports hostels should be reintroduced. Most of the contingent who represented India at the Olympics are from economically backward families. If sports hostels are brought back, the state can produce many talented players.”

We see schools in the midst of main roads. In one building, everything goes on. Many sportsmen who are not able to secure a job are pushed into poverty. Society blames them, saying that instead of wasting time in sports, they should have done something else.

Haryana had 31 Olympians. The state must have put in much effort for a long time, tracking sportspersons at the grassroot level. Also the upgrading of coaches should take place. Many Indians came close to medals but did not win because our players are not exposed to quality infrastructure.

Djokovic rolls at Olympics as Medvedev suffers in extreme heat