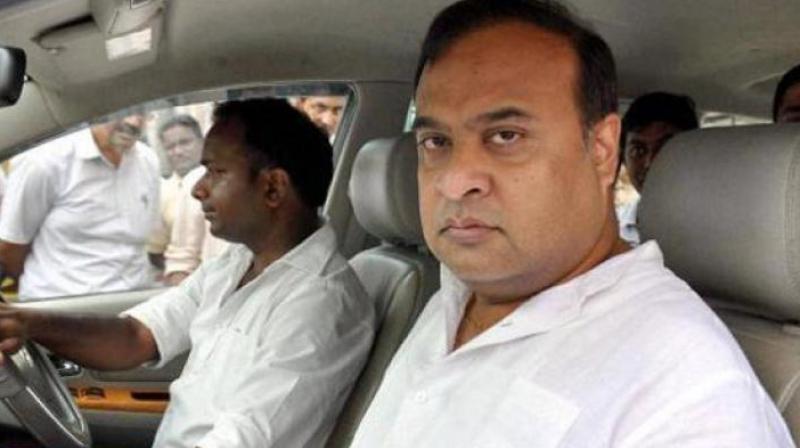 Guwahati: The Assam Assembly on Friday passed the Assam Cattle Preservation Bill, 2021, regulating slaughter, consumption and transportation of cattle, even as the Opposition staged a walkout as they wanted to send the bill to the select committee for more deliberation.

The Bill prohibits  sale, offer or exposure of beef in areas which are predominantly inhabited by Hindu, Jain, Sikh and other non beef-eating communities. The prohibition will also come into effect within a radius of 5 km of any temple, satra (Vaishnavite monastery), or other Hindu religious institutions. It also may be applicable to any other institution or areas prescribed by the competent authority.

Chief Minister Himanta Biswa Sarma who rejected the argument of Opposition leaders said that this Bill would help in restoring religious harmony. He cited various beef related incidents that created communal tension in the area. The ruling party members welcomed the Bill by shouting the slogan — Bharat Mata Ki Jai soon after the Bill was passed.

“According to statistics, there are 19.327 crore cows in Assam. Cows are not endangered animals, why are laws being sought for conservation,” questioned AIUDF MLA Aminul Islam. He said that the matter has been looked at only through a religious perspective.

The Bill says,“No person shall directly or indirectly sell or offer or expose for sale or buy beef or beef products in any form except at places permitted to do so by the competent authority.”

For enforcing the provisions of the Act, a police officer, not below the rank of sub-inspector, or a registered veterinary officer, or any person authorised by the state government, shall have the power to enter and inspect any premises within their jurisdictions. Wherever the authorised person finds a reason to believe that an offence under this Act has been or is likely to be committed, the inspection authority has been bestowed the power to act.

“All veterinary officers and other persons exercising powers under the Act shall be deemed to be public servants within the meaning of section 21 of the Indian Penal Code,” it added.

The Bill, however, brought exemptions for slaughter which is certified by a veterinary officer authorised on this behalf by the state government in the interest of public health.

Slaughter of cattle suffering from incurable, infectious, contagious disease or is a danger to other cattle has been permitted but with due permission from the authorised veterinary officer.

While curbing unregulated slaughter, the Bill envisages to allow the state government to establish gaushalas directly or may direct a recognised organisation or local authority to start institutions for taking care of cattle. No person shall transport any cattle without a valid permit from any place within the state to any place outside the state where slaughter of cattle is not regulated by law. The same will be applicable in case of cattle transportation from another state through Assam to another state.