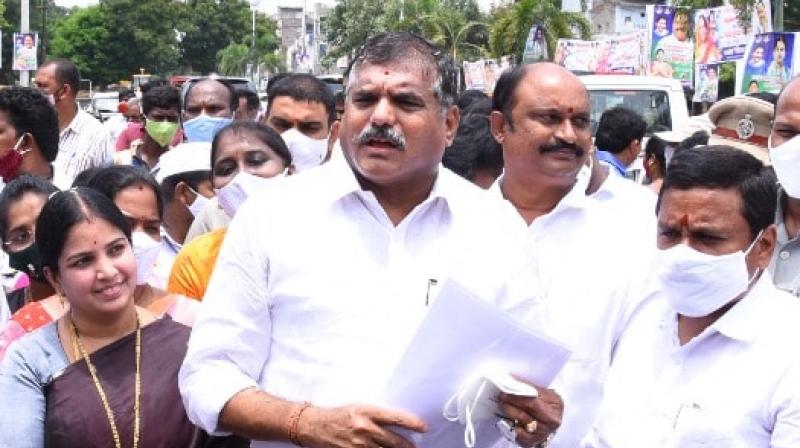 VIJAYAWADA: AP government will complete construction of 80,000 TIDCO houses in the next six months and hand them over to beneficiaries, minister Botsa Satyanarayana has announced.

Refuting allegations by opposition parties on TIDCO houses, he said the government will build 1.6 lakh such houses. The colonies where they are being constructed will have drinking water supply, sewerage, storm water drainage, sanitation, garbage collection facilities, primary health centres, schools, anganwadi centres and sports facilities.

Speaking after administering oath of office to Jummana Prasanna Kumar, who assumed charge as chairman of AP Township and Infrastructure Development Corporation (APTIDCO) at a programme held at Vijayawada on Saturday, the minister held the earlier Telugu Desam government responsible for slow pace of constructing TIDCO houses. “When YSRC government is now making all efforts to complete these houses, the opposition party is raising objections,” he pointed out.

Satyanarayana said the state government is determined to complete TIDCO houses and distribute them at a nominal cost of one rupee to poor people, thereby fulfilling the promise made by of Chief Minister Y. S. Jagan Mohan Reddy. He asserted that the CM is working for welfare of people under which it is constructing G+3 houses in 88 municipalities.

TIDCO chairman Prasanna Kumar thanked the Chief Minister for giving him an opportunity to serve people by providing pucca houses. He said he will strive to complete construction of these houses within the stipulated period.
Endowments minister Vellampalli Srinivasa Rao, Vijayawada Central MLA Malladi Vishnu and other leaders participated in the programme.

The distressing, dysfunctional politics of a world with endless COVID