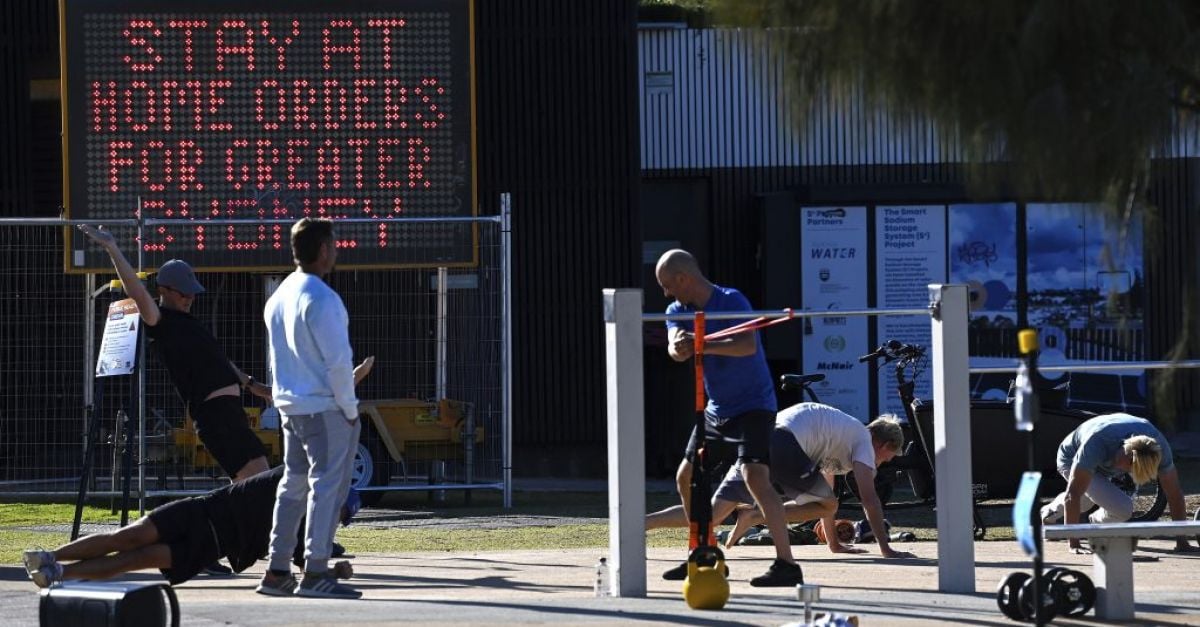 Australia’s most populous state has reported its worst day of the pandemic with 478 new infections and seven Covid-19 deaths as pandemic restrictions tightened in other parts of the country.

Two of the dead had received a single dose of a two-shot vaccine, while the rest were unvaccinated, New South Wales premier Gladys Berejiklian said.

Only 26% of Australians aged 16 and older had been fully vaccinated by Saturday.

Australia has one of the slowest vaccine rollouts among wealthy countries, which is making the spread of the Delta variant particularly dangerous.

The first shipment of one million Pfizer doses that Australia bought from Poland arrived in Sydney overnight.

Residents aged 16 to 39 in Sydney’s worst-effected suburbs will be given 530,000 of the new doses, the government said.

This age group was responsible for most of the virus spread.

Ms Berejiklian blamed Sydney residents’ failure to comply with the city’s lockdown restrictions and stay-at-home orders for the escalating infections.

“The case numbers are disturbingly high and we are … at a fork in the road,” she said.

“We will see the numbers come down when people stay home and people don’t move about unless they absolutely have to. Until we see that, we’re not going to see the case numbers go down,” Ms Berejiklian added.

Even with the substantially smaller problem, Victoria state premier Daniel Andrews said Australia’s largest city after Sydney was at a “tipping point” in its battle to stamp out all infections.

A lockdown that was due to end on Thursday was extended to September 2 with a 9pm to 5am curfew beginning on Tuesday.

Tougher restrictions include a ban on people removing face masks to drink alcohol in public.

This followed a “Walk. Talk. Sip” event advertised on social media that encouraged people to stroll from pub to pub in the suburb of Richmond with takeout drinks over the weekend.

“We’ve seen lots of people flouting these rules, not doing as they should, making really poor choices.”

The national capital Canberra also extended a lockdown that was to end this week until September 2 after reporting 19 new infections on Monday.

The virus came from Sydney but authorities do not know how.

There have been a total of 28 cases recorded since Canberra locked down when the first case was detected on Thursday last week.

The Northern Territory introduced a snap three-day lockdown because of a single case detected on Monday.

The American man, aged in his 30s, tested positive in the Northern Territory city of Katherine where he had travelled for a job, officials said.

Katherine and the Northern Territory capital Darwin, where he spent three days last week, will be locked down until Thursday.

People are only allowed to leave home for essential reasons and must wear masks outside their homes.

The New South Wales government has been criticised for waiting 10 days before locking down Sydney after a limousine driver was infected while transporting a US air crew from Sydney Airport and tested positive on June 16.

Surrounding New South Wales was entirely locked down from Saturday because of recent infections detected in regional towns and virus found in wastewater north and west of Sydney.