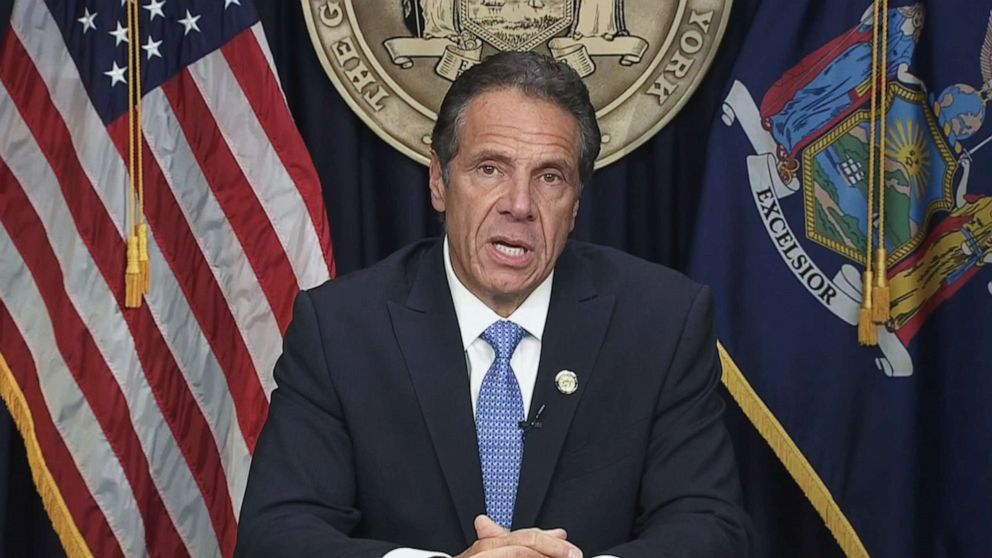 Any afterglow was bound to fade fast — for 3.5 trillion reasons or because of critiques from the left or anything else from the menu of pre-midterm challenges confronting Democrats.

While Gov. Andrew Cuomo said one of his reasons for stepping down was that he “didn’t want to be a distraction,” he managed to upstage President Joe Biden’s biggest bipartisan victory to date. And Biden didn’t exactly take the stage back for himself.

To Democrats, there was something vaguely familiar and slightly worrisome about an August day that brought a temporary return to the kind of news cycle the Trump years generated with regularity — only partly because it was Cuomo making headlines that would rather be owned by Biden.

Within moments of passing the $1 trillion bipartisan infrastructure package with 19 Republican votes, the Senate had moved on to, and later passed on a party-line vote early Wednesday, the far larger Democrat-only budget resolution with uncertain prospects and deep political repercussions.

Within hours, Cuomo had resigned and Biden was assessing Cuomo to have done a “hell of a job” as governor of New York. Minutes later, the White House was cleaning that up to say the president was referring to his work on infrastructure in particular.

Biden’s main message Tuesday was that lawmakers can still come together to do big things — that “democracy can still work.” That’s a message, though, that needs follow-up as well as repetition; Biden knows firsthand how easy it is to sour lawmakers on deal-making in the current environment.

As for Cuomo, he cited the impossibility of mounting an effective defense in the modern media climate as one of his reasons for resigning rather than litigating the allegations against him: “Rashness has replaced reasonableness,” he said.

Biden would agree. That doesn’t, though, make it any easier for him or his party to navigate the moment.

The bipartisan infrastructure deal still has a long way to go in the House before making it to Biden’s desk but that’s not stopping Republican hopefuls who are eager to align themselves with former President Donald Trump from using the bill as a campaign springboard.

Retiring Ohio Sen. Rob Portman was a key negotiator in the process, and was among the group of Republicans who sided with Democrats to push the bill across the finish line in the upper chamber.

The move was lauded as a rare, bipartisan victory on Capitol Hill, but back home in Ohio, virtually every high-profile Republican in the running to take over Portman’s seat in 2022 blasted the legislation as a move that supports “radical” and “woke” Democratic policies.

A similar situation unfolded in the bordering battleground state of Pennsylvania, where a crowded field of candidates are lining up to replace retiring Republican Sen. Pat Toomey who did not vote in favor of the legislation. All of the GOP Senate candidates followed suit, citing heightened concerns over government spending.

Unsurprisingly, Democrats in the upcoming, pivotal midterm contests quickly aligned with the messaging from the White House and painted the success of the bipartisan negotiations as something politicians should strive to do.

Although the fate of the infrastructure deal is yet to be decided, the rhetoric from either side of the campaign trail offers an early preview of the kinds of debates that will happen as the primary season gets underway.

Wisconsin’s Democratic Rep. Ron Kind announced on Tuesday afternoon that he will not run for reelection to the House in 2022, which may galvanize Republicans hoping for the seat.

“The truth is, I’ve run out of gas,” Kind said at a press conference in La Crosse, Wisconsin. “I never intended it to be an honor for my entire life.”

Kind, a member of the Ways and Means Committee, has served since 1997 and narrowly won reelection last year against Republican challenger Derrick Van Orden.

He is the latest moderate Democrat to decide to leave office, following Rep. Cheri Bustos of Illinois and Rep. Ann Kirkpatrick of Arizona, who each announced that they will not run for reelection. Pennsylvanian Rep. Conor Lamb has announced a run for the Senate.

Kind’s exit from the 2022 race may set up a fierce fight for Wisconsin’s 3rd Congressional District, especially ahead of congressional redistricting.

President Joe Biden and the Democratic Party are on the cusp of one of the biggest and most improbable victories of recent political memory — a massive investment in infrastructure, social, environmental programs and more designed to validate their theory of governance and rebuild the economy as the nation emerges from the pandemic. They are also at risk of losing everything. That goes for upcoming votes in Congress, as well as their narrow majorities in both the House and Senate.

FiveThirtyEight’s Politics Podcast. In this emergency installment of the FiveThirtyEight Politics podcast, the crew talks about what led to New York Gov. Andrew Cuomo’s resignation, how New Yorkers feel about his replacement and what this means for the state’s 2022 Democratic primary race for governor. https://53eig.ht/3fTKpQj

Working for welfare, development of all for the past 26 months, says Jagan