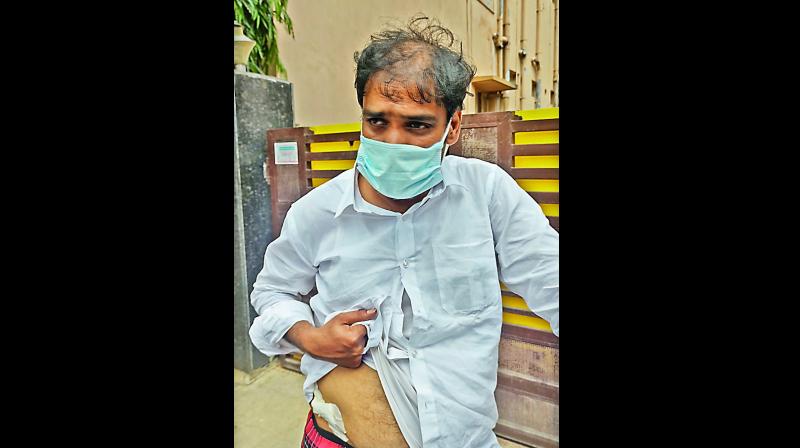 Hyderabad: Malkajgiri corporator Vurapalli Sarvan Kumar’s family alleged that it was a premeditated attack carried out by professional killers. Sravan Kumar's elder brother was also stabbed with a sharp object due to which he sustained injury in his abdomen on Sunday.

Speaking to this correspondent, Vurapalli Rambabu, father of Sravan kumar alleged, "It was a pre-planned attack on my son. They tried to eliminate him using professional killers. However, my son escaped with an injury to his leg. The doctors who are treating my son informed me that if the beer bottle would have gone 2-3 inches deep, it would have damaged his ligament and it would have caused permanent damage to his leg."

Vurapalli Praveen, elder brother of Sravan Kumar, said he was at home when he heard about the attack on his brother and rushed to the spot. "TRS henchmen started attacking us and when I was shifting my brother to an ambulance, I was stabbed in the abdomen. I felt some sharp object and found blood oozing out from the injury. I got three stitches in my stomach” he said.

Working for welfare, development of all for the past 26 months, says Jagan